Philip Hammond yesterday left the door open to a Norway-style Brexit deal if Mrs May’s proposals are rejected next month.

The Chancellor urged MPs to back her deal, saying it would ‘minimise the cost’ of Brexit to the economy.

But the Chancellor suggested the UK would have to think again if the plan is rejected in a Commons vote on December 11. 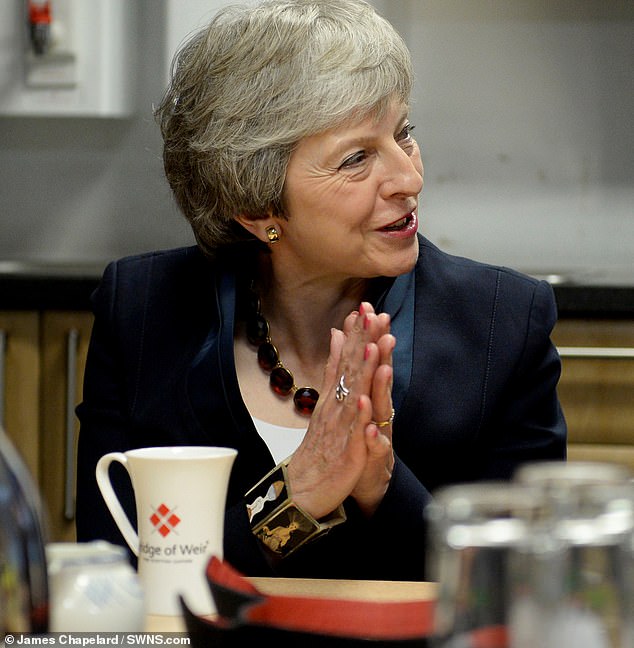 Theresa May has been selling her Brexit plans to voters in Northern Ireland, Wales and Scotland. Picture: Prime minister at the Fine Scottish Leather In Bridge of Weir outside Glasgow this week

On whether the Government had a Plan B, he said: ‘We will be in uncharted political territory … we will then have to sit down as a government and decide where to go on the basis of the vote.’

Asked about a Norway-style deal, he did not rule it out, saying: ‘We will have to look at the decision Parliament has made and consider what is the best way to proceed.’

Mrs May has repeatedly ruled out such a deal, which would keep the UK in the single market and require us to accept free movement.