Hancock reveals he ‘trembles at the thought’ of regulating the press

The Culture Secretary today said he ‘trembles at the thought’ of the media being regulated by Government.

Matt Hancock said a free press was vital at a time of ‘malevolent forces in politics’  and ‘critical to a healthy democracy’.

In a speech today, Mr Hancock also confirmed details of a Government review into the sustainability of the press business.

The Cabinet minister has been under fire from critics since announcing earlier this month he was cancelling the second part of the Leveson Inquiry into phone hacking.

Mr Hancock insisted the state of journalism had changed since the scandal first broke and the probe was no longer necessary.

Speaking at the Oxford Media Convention today, Mr Hancock said: ‘Sustaining high quality journalism is a vital public policy goal. The scrutiny, the accountability, the uncovering of wrongs and the fuelling of debate is mission critical to a healthy democracy.

‘After all, journalists helped bring Stephen Lawrence’s killers to justice and have given their lives reporting from places where many of us would fear to go.

‘And while I’ve not always enjoyed every article written about me, that‘s not what it’s there for.

‘I tremble at the thought of a media regulated by the state in a time of malevolent forces in politics. Get this wrong and I fear for the future of our liberal democracy. We must get this right.’

Mr Hancock said the Government’s job was to provide a ‘framework’ for a working media market without imposing state regulation.

He announced today Dame Frances Cairncross would lead a review into the ‘sustainability’ of journalism and new business models. 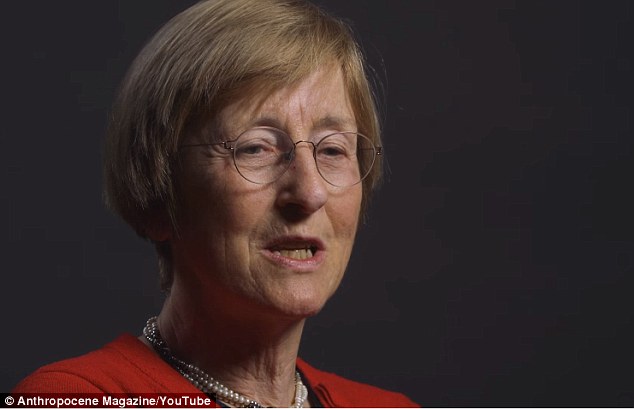 Mr Hancock said: ‘Frances will bring her experience as a journalist, in business and in academia to bear on the thorny and complex questions at the heart of press sustainability.

‘This is not about Government regulating the media, and nor is it about propping up old business models that have stopped being viable.

‘Rather, it is about making sure that we don’t wake up in five years’ time to find that high quality journalism has been decimated and our democracy damaged as a result.

‘It may be that the market will create new, viable business models for high quality journalism, and indeed some of those new models have already started to appear.’