Although mobile phones can do more than ever before, their batteries don’t seem to have the lasting power they once did.

Gone are the days where people could expect their mobile to last an entire day, which is often due to the fact we are using them to do so much more.

But there are certain tricks people can follow to make their phone last hours longer.

According to Stuff, people need to keep the battery level above 50 percent, have more than one charger and tweak the phone’s settings, just to name a few.

According to Stuff , people need to keep the battery level above 50 percent, have more than one charger and tweak the phone’s settings, just to name a few

Focus on your battery level

Normally people have been told to let their phone’s battery to drain completely before they charge it again, but the website says this is a big no-no.

One of their main tips for people to get the best from their phone battery is to charge it a little bit, but regularly.

The aim is to keep the battery above 50 per cent and regularly topping it up as the day goes on.

Have more than one charger on rotation

It is recommended that people invest in buying multiple chargers so that they’re not stranded with a phone that completely runs out of battery.

Ideally people should have one for home, work and their car and should aim to buy ones that charge quickly.

‘For example, the iPhone 6 supports 1.6 amps and comes with a 1-amp charger. If you buy a 2amp charger you’ll ensure it charges as fast as possible,’ Stuff said.

Another item people should consider buying is a portable charger as people can often recharge their devices 10 times before the charger needs to be charged itself. 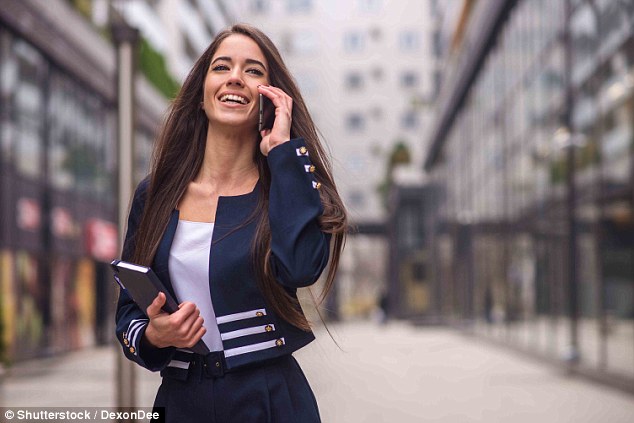 Unfortunately there are a variety of features on iPhones that can drain the battery at a speed of light, but these can be easily fixed

Need to know: This is how to check your battery life

This will tell you how much life you have left in your battery.

Unfortunately there are a variety of features on iPhones that can drain the battery at a speed of light, but these can be easily fixed.

It is recommended that people turn off vibrate or haptic feedback as the buzzing can drain the battery.

Both iPhones and Androids have a low power mode which helps conserve the battery as it does things like prevent automatic downloads and turns off the screen faster.

‘Closing apps doesn’t save power but some apps use more battery life than others,’ Stuff said.

‘Facebook is well known as one of the worst culprits. You can check which one and delete them and start accessing them via a web browser.’

According to The Conversation it is important for phone health to keep your phone in good temperature conditions if people want to look after their battery.

‘Fortunately, for most parts of the country, temperatures in Australia sit between 0℃ and 45℃ throughout the year,’ the article reads.

‘This is the exact range in which lithium-ion batteries can be stored to maintain optimal long-term charge capacity.’

As a result, phones should be kept out of direct sunlight for prolonged periods, especially in summer when surface temperatures can increase to above 70℃.