Hangman who will execute four Indian gang rapists says ‘they are like beasts, not humans’

Pawan Kumar feels zero sympathy for the four men he is due to hang next month for a 2012 gang rape and murder that appalled India.

‘The people who are going to die are like beasts, not humans,’ the third-generation hangman and father-of-seven said in his tiny flat in the northern town of Meerut.

‘They are cruel people and that’s why they are going to lose their lives,’ the 54-year-old said.

The group set to meet their demise before dawn on February 1 – although it may be delayed – were convicted for a brutal crime against Jyoti Singh, a 23-year-old student.

They took turns to sexually assault the woman with an iron rod on a bus as it meandered through the streets of Delhi at night. They then dumped her on a road. 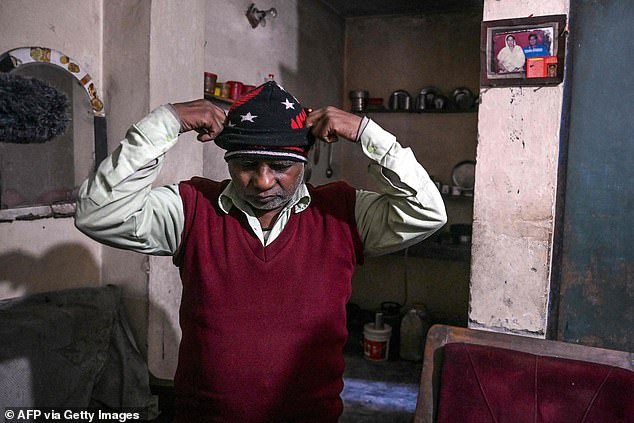 Hangman Pawan Kumar adjusts his hat during an interview with AFP at his residence in Meerut, Uttar Pradesh 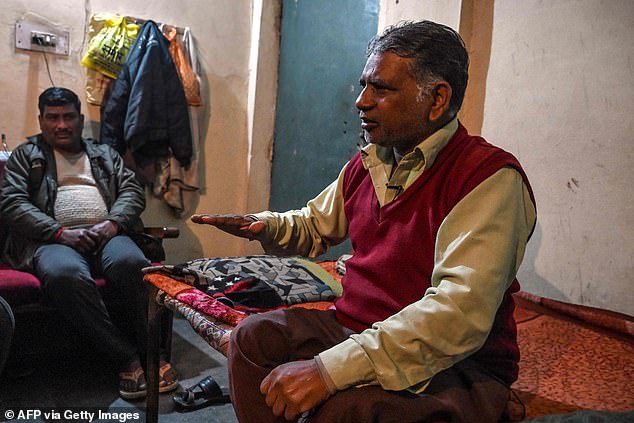 ‘The people who are going to die are like beasts, not humans,’ the third-generation hangman and father-of-seven said

She died two weeks later in a Singapore hospital from extensive internal injuries.

Angry demonstrations by tens of thousands of people broke out across the vast South Asian nation, sparking soul-searching about the plight of Indian women and leading to heavier sentences for sex crimes.

Five people were convicted. One, a minor, was found guilty and spent three years in a juvenile detention centre. A sixth, the ringleader of the group, died in jail before the case concluded – officially by suicide.

For the remaining men, very few in India have expressed misgivings about their fate. 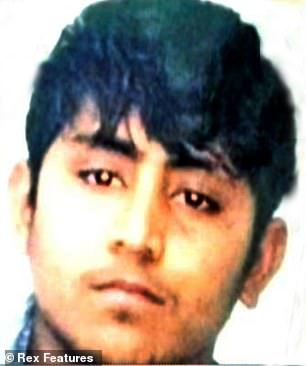 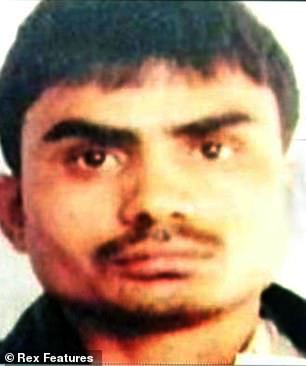 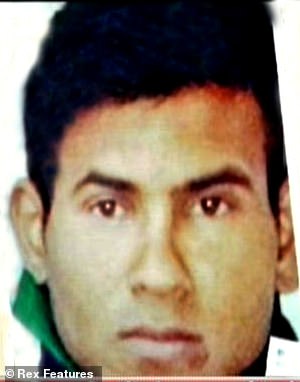 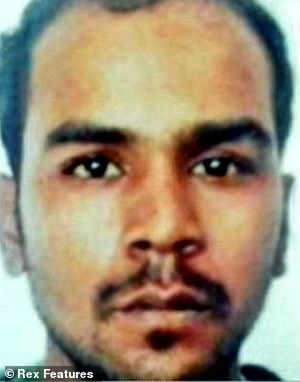 Vinay Sharma (left) and Mukesh Singh (right) lost their final appeals against their death sentences this week. An Indian court has ordered them to be hanged on February 1

Kumar has been in high demand for media interviews, and AFP’s allotted 20 minutes ended abruptly when an alarm on his mobile phone signalled time was up

Indeed, celebrations are expected to mark their executions and Indian media have been gleefully reporting grisly details about the preparations at Delhi’s Tihar Jail.

The case caught international attention, sparked weeks of national protests, prompted a change in laws around sex crimes, and harsher penalties for attackers.

The men are currently being kept in separate cells and are being monitored around the clock by CCTV to prevent them from killing themselves.

Banana will be smeared on the execution ropes to soften them and ensure a smooth and quick hanging, and the men reportedly broke down when their necks were measured for the noose.

Almost 400 people are on death row in India, but no-one has been executed since 2015.

Kumar has been in high demand for media interviews, and AFP’s allotted 20 minutes ended abruptly when an alarm on his mobile phone signalled time was up.

‘I have people from India and abroad who want to talk to me. You’re not the only ones,’ he said as his armed bodyguard looked on.

Kumar comes from generations of hangmen but this will be his first execution.

His grandfather, who he fondly describes as his ‘guru’, hanged former prime minister Indira Gandhi’s assassins and two men over a notorious 1982 kidnap and murder.

Kumar complains that his stipend of 5,000 rupees (US$70) a month is hardly enough to support his family, forcing him to look to others, including the media, for ‘help’. 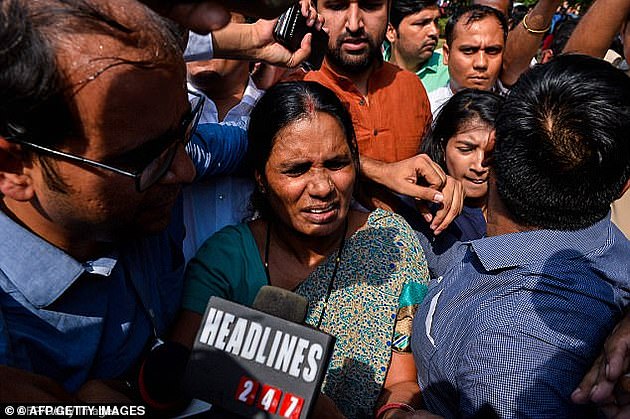 Jyoti’s mother, Asha Devi, can be seen weeping in front of the courthouse in New Delhi in 2013 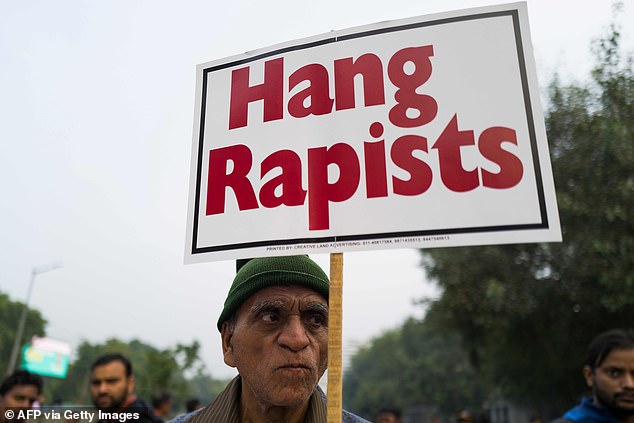 But he says the adoration he expects to bask in from India’s 1.3 billion people after the coming executions will go some way to compensate.

‘People around me, including my family, have always treated me well, but after this execution, I’m certain respect for me will increase,’ he said.

And he has no qualms about the job he does, which he expects his sons to continue, nor about the effectiveness of capital punishment.

‘Crimes will decrease only when there are executions. You give them life imprisonment, they appeal and they come out only to commit more crimes,’ he said.

‘People like them should be executed so others can learn a lesson that doing such things will give them an end like this.’