A joke by controversial comedian Hannibal Buress saw him silenced during a standup set on Saturday night after his microphone was shut off when telling a joke about the Catholic church.

Buress was just five minutes into his set at Loyola University Chicago when his mic was cut after the outspoken funny-man told a joke referencing the Catholic church’s history of child molestation and sexual abuse.

Buress was at the university to headline the comedy portion of a two-day show featuring music and comedy at the school. 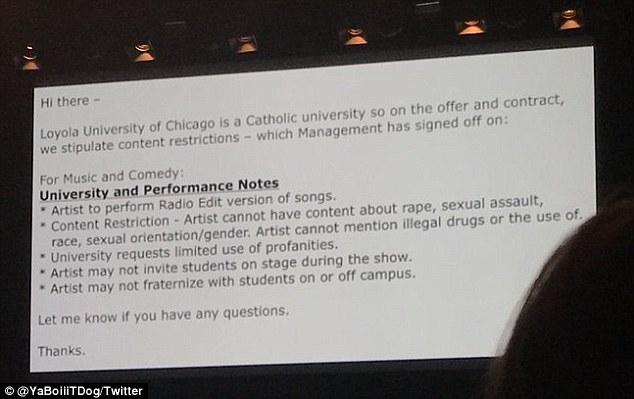 He began his set with a projection of an email that he allegedly received from the Jesuit Catholic school ahead of his performance in which he was told which topics to stay away from according to Loyola’s student newspaper, the The Loyola Phoenix.

Among the topics which were deemed no-go areas were rape, sexual assault, race, illegal drugs and sexual orientation/gender.

No sooner had be spoken, Buress’s microphone was cut off before he attempted to continue his set without a microphone.

But then music was played over the loudspeakers in an attempt to drown Buress out and he was forced to leave the stage. 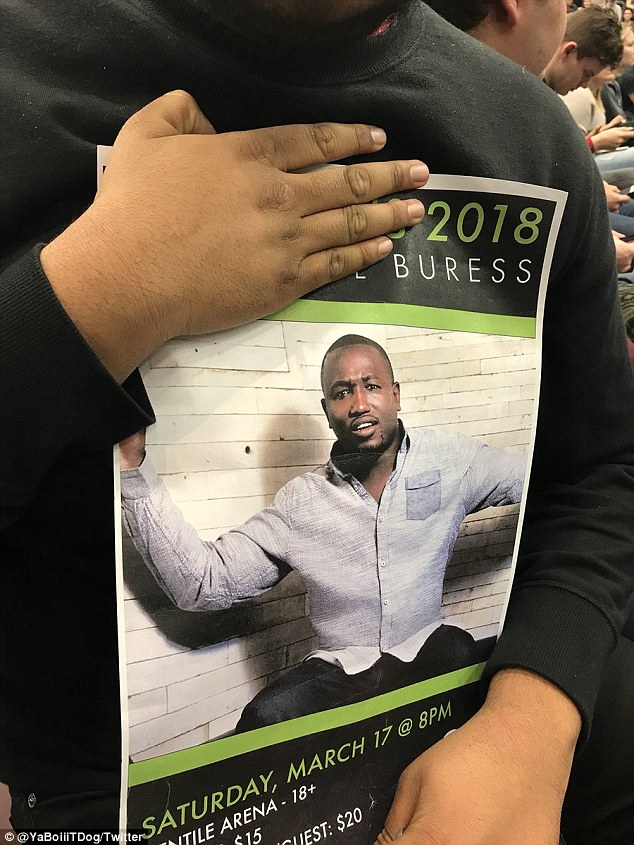 15 minutes later, Buress returned to the stage to receive a standing ovation.

He went on to finish his performance although continued to joke about being cut off during the first part of his set.

Rachel Martin, a 20-year-old international studies and Spanish double major, said she thought the situation was poorly handled overall with poor communication between Loyola, Hannibal and the students in attendance.

‘I guess I can understand where Loyola — or whoever was controlling the mics — is coming from, because Hannibal did outright say he was going to violate the contract restrictions,’ Martin said.

‘[Loyola] said he couldn’t talk about race in his show, which seems highly restrictive, especially for a man who is known to incorporate his black identity into his performances. So, although I can see where Loyola is coming from, I think the situation could’ve been handled a lot better.’ 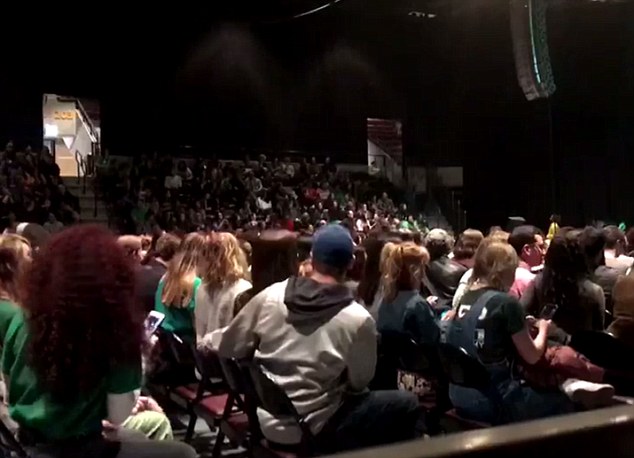 Buress’s microphone was cut less than five minutes into his set but was allowed to return to the stage after a 15 minute interval while the audience patiently waited, pictured, 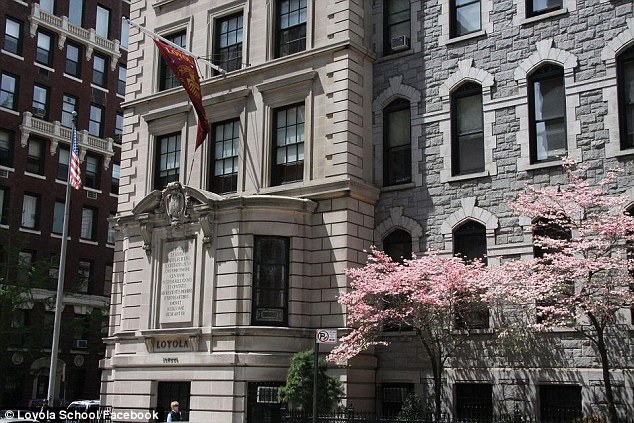 Members of the audience at the University, pictured, vented their frustration with the handling of the situation

A Twitter user asked why he signed up for the show yet went against the guidelines outlined.

Buress apparently replied, ‘Or take it and get paid and still do what you want. option 2 sounds more exciting. Show still went on. What’s your point here?’

Buress is best known for a 2014 stand up routine that made reference to persistent allegations of sexual misconduct against Bill Cosby.

After cell phone video of Buress’ bit went viral, multiple women went public with allegations that Cosby had drugged and raped them decades ago.

Buress is featured on the TV show Broad City and has appeared in movies such as Spiderman Homecoming and Baywatch.