Flights have been suspended at Hannover airport in central Germany after a man tried to drive onto the facility’s apron.

German news agency dpa reported that federal police said the man, who was in a Polish-registered car, was detained on Saturday afternoon.

Take-offs and landings were suspended while the incident was investigated, though the airport’s terminals remain open.

Hannover police said on Twitter that officers stopped the car and overwhelmed the man.

Federal police were investigating whether the driver of the Polish-registered vehicle was mentally disturbed, under the influence of drugs, trying to carry out an attack or drove through the perimeter for some other reason, German news agency dpa reported.

Bomb disposal experts were examining the car, which police described as a routine measure. Take-offs and landings of planes were suspended. 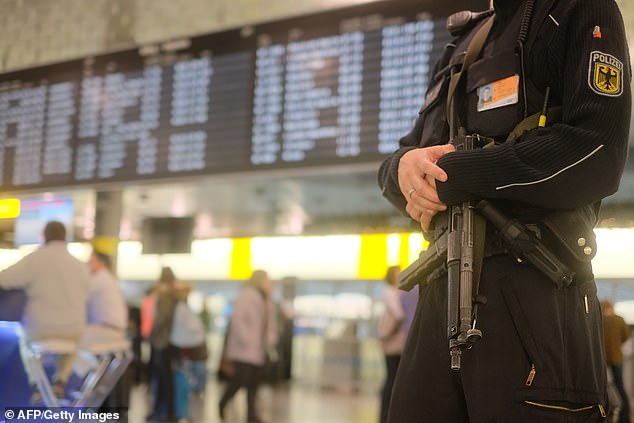 The airport’s terminals remained open – except for part of one terminal that had a glass facade facing the car.

It wasn’t immediately clear how long flight operations would be suspended.

Hannover airport is not one of Germany’s major hubs.

‘Arriving flights are diverting, departures have been suspended after a car driver reportedly tried to enter the apron. According to Eurocontrol, the airport remains closed until 20:00 UTC.’