A 23-year-old woman has been charged with prostitution offences following a series of raids as part of a crackdown on modern day slavery.

Sorina Georgiana Ursa was among four people arrested during an operation linked to the sex trade, in which three women were rescued and are now being treated as victims by the police.

Ursa is due to appear before magistrates in the city, after being charged with two counts of controlling prostitution for gain. The other three have been released from custody while still under investigation.

Hampshire Constabulary said three residential homes and a business premise were raided as part of the ‘proactive intelligence-led operation’, which is being assisted by the National Crime Agency and immigration officers.

‘The investigation which now follows will be complex and involves colleagues from the National Crime Agency and UK Visas and Immigration. 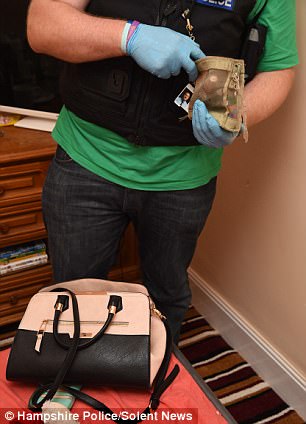 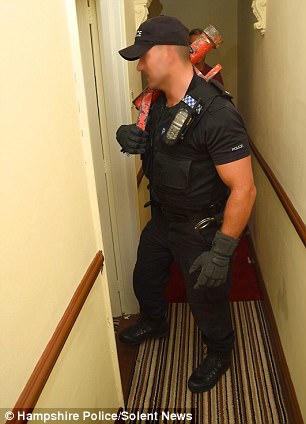 ‘We have identified three vulnerable women who are working with our specially trained Amberstone team to ensure they have access to the support they need, one having agreed to an NRM referral.

‘Information from the communities of Hampshire and the Isle of Wight is key in identifying criminal activity connected to organised crime and modern day slavery.

‘I would continue to encourage anyone who notices suspicious activity or a vulnerable person who seems to be working against their will to contact us.’