Happiness levels rose in the months after Brexit find ONS

Britain has become a happier country since the Brexit vote, according to official figures.

They found that the chart of happiness and confidence levels rose in the 12 months ending in March – most of which followed last June’s referendum.

The Office for National Statistics, which has gathered the happiness records for six years, expressed ‘surprise’ at the mood at a time of ‘political change and uncertainty.’

But the results of detailed surveys questioning Britons on their personal well-being appear to reflect the impact of both historically high employment and a radically changed political climate.

Britain has become a happier country since the Brexit vote, according to official figures

The Brexit bounce findings come from a period which finished 18 days before Theresa May’s April announcement of a June general election – the outcome of which may have altered many attitudes.

The ONS figures follow a major international poll published earlier this month which found Britain was more at ease with itself and less racked by tension over immigration in the wake of the EU referendum.

The IPSOS Social Research Institute found worries over immigration are lessening, and suggested that many people are reassured that leaving the EU will mean more control over immigration in future.

Happiness and life satisfaction ratings have ticked to 7.51 and 7.68 out of 10 in the year to March, the ONS report said, both up by 0.03 points on the previous year.

The change was said to be ‘significant’, although there were no similar improvements in measures of anxiety and whether people think their lives are worthwhile.

There was however an increase in numbers of people reporting very high levels of life satisfaction and feeling that living is worthwhile.

In the year to March some 30 per cent of people were recorded in the ‘very high satisfaction’ bracket, up by 0.8 per cent in a year, and by nearly four per cent since 2012.

The ONS said there had been regular increases in satisfaction levels before 2015, but a levelling off from the spring of 2015.

ONS spokesman Matthew Steel said: ‘The figures may surprise some, showing a small increase in both happiness and life satisfaction during a period that has seen political change and uncertainty.

‘It is worth noting that employment rates rose during the period covered by this report, and other ONS analysis showed people perceiving an improvement in their own financial situations and in the overall economy.

‘These are factors we believe may account for some people’s increased sense of personal wellbeing.’ 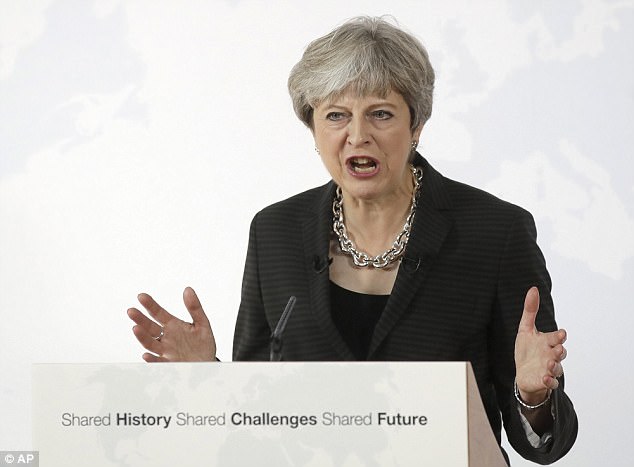 The report added: ‘Employment or job satisfaction, our health, the quality of our relationships and our personal financial security are just some of the aspects of our lives shown to have an effect.

‘Over time, changes and differences between areas could be related to these factors.

‘Over the year that this publication covers, various situations of uncertainty, not least in political terms have unfolded in the UK. For example, the UK public voted on the EU referendum and there was a new Prime Minister appointed.’

It said it was ‘interesting’ that other surveys have found increased economic confidence among ordinary people over the past year.

The happiness surveys were ordered by David Cameron after he became Prime Minister in 2010, with the aim of providing evidence beyond traditional economic statistics on which to base government policies.

They involve a series of questions added to the ONS Annual Population Survey, a large-scale poll which consults 320,000 people.

Those taking part are asked to say on a scale of one to 10 how happy they were yesterday, how satisfied with their life, how much they felt their life was worthwhile, and how anxious they felt.