Serial murderer Keith Jesperson — nicknamed the ‘Happy Face Killer’ — detailed his horrific crimes in a chilling new special, saying he strangled his victims to put them ‘out of their misery.’

Jesperson, 66, from British Columbia, Canada, killed at least eight women while traveling America’s highways as a long-haul rig driver in the 1990s. He earned his notoriety by sending gloating confessions to police and journalists and signing them with a smiley face.

In Oxygen’s Snapped Notorious: The Happy Face Killer, investigative journalists M. William Phelps and Lauren Bright Pacheco give an in-depth look into the mind of the prolific murderer.

The two-hour special, which aired on Sunday, featured rare and never-before-seen footage and recordings of him describing his murders, including his conversations with Phelps, who started corresponding with him in 2011. 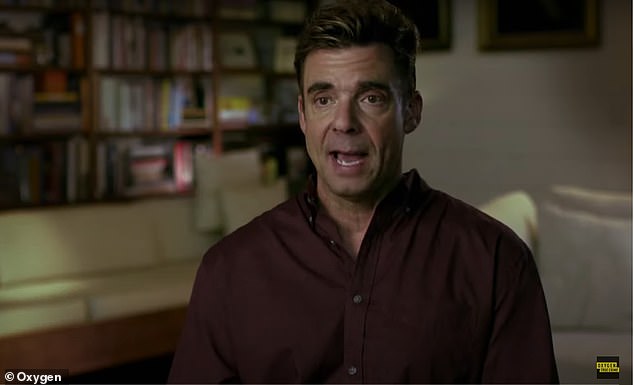 The journalist admitted he was ‘traumatized’ by the conversations he had with the serial killer over the span of nine years.

‘This guy would talk about strangling a woman, staring in her eyes, waiting for life to leave her, and he’d be smiling. He’d talk about it like he was talking about a football game that he watched,’ he recalled.

‘To sit there and really have to smile and be his friend knowing what he’s done is psychological torture.’

Jesperson’s first memories of violence were being beaten with a belt by his father, who seemed to take pleasure in the abuse. Despite his troubled upbringing, he found a partner and started his own family.

In 1975, the then 20-year-old married his wife, Rose Huck, and they went on to have three children. However, Huck later suspected he was being unfaithful, and their marriage became to crumble.

Huck shut him off sexually, according to Jesperson, who opened up to Phelps about how his marital troubles fueled his future murders.

‘My wife used to say, “Go stick it in the keyhole. Just leave me alone,”‘ he recalled. ‘It really kinda struck me, kinda like, you know, what the hell, I don’t need this.’

The couple finalized their divorce in 1990 after 15 years of marriage, and he admitted to Phelps that he was ‘really angry at women’ at the time.

Looking back: Jesperson’s first memories of violence were being beaten with a belt by his father, who seemed to take pleasure in the abuse 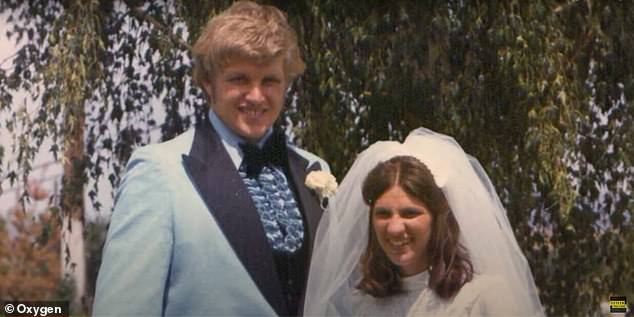 Looking back: In 1975, the then 20-year-old Jesperson married his wife, Rose Huck 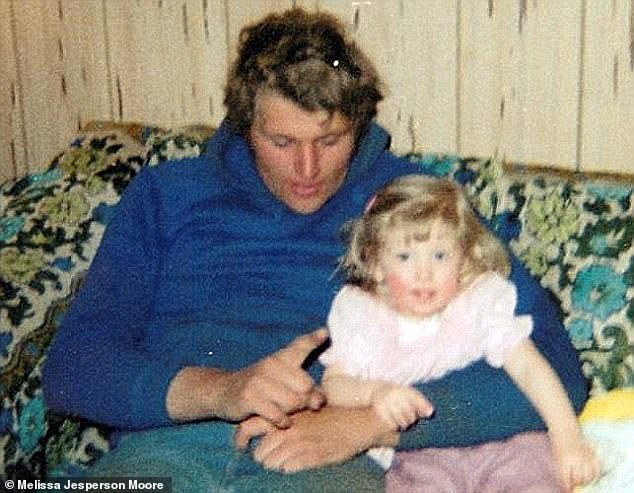 Trouble: The couple went on to have three children together. However, Huck later suspected he was being unfaithful, and their marriage became to crumble

That same year, he was dumped by his new girlfriend, who left him for another trucker. To get over the breakup, he went barhopping at B & I Tavern in Portland, Oregon, in January 1990.

‘That’s when I met [Taunja] Bennett,’ Jesperson said of his first known victim, who was 23 when he raped and killed her after convincing her to come home with him.

‘I kind of kissed on her, and my intentions were some kind of intimacy there with her,’ he alleged. ‘But she was more concerned about partying later.’

Jesperson claimed that she wanted him to ‘just hurry up’ and get their sexual interlude over with, which ‘angered’ him because it reminded him of something his wife ‘would say’ in that situation.

‘So all she had to do was say the wrong thing, and I just exploded on her,’ the killer said. ‘I slugged her, I hit her hard, and I beat her senseless.’

After he beat her, he made a conscious decision to kill her and went to grab a piece of rope from his garage to strangle her.

‘I rationalized it out that I didn’t want to go to jail or prison or anything like that, so I strangled her, and I put her out of her misery. Put myself out of my misery, so to speak,’ he explained.

Jesperson also used a knife to cut off the buttons on her jeans, fearing he may have left fingerprints on them that could have implicated him in the crime. 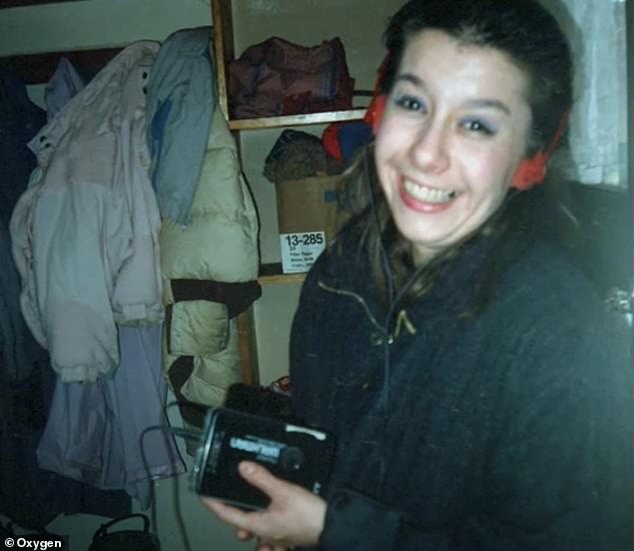 Tragic loss: Jesperson killed his first known victim, Taunja Bennett, 23, after meeting her at a bar in January 1990, the same year he divorced his wife

Triggered: He said he ‘exploded’ on Bennett and ‘beat her senseless’ because her lack of interest in his sexual advances reminded him of his ex 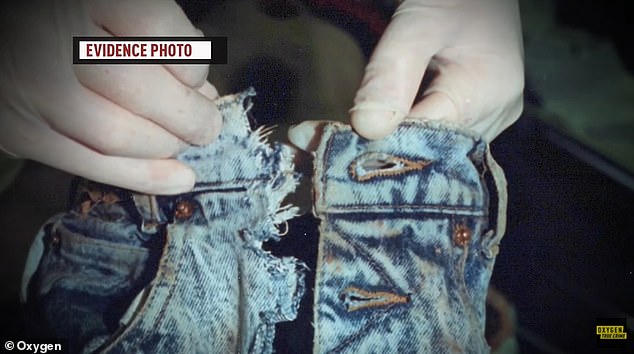 Covering his tracks: After he strangled her with a rope, he used a knife to cut off the buttons on her jeans, fearing he may have left fingerprints on them

He went back to the bar to establish an alibi before returning home and dumping Bennet’s body and her belongings in a ravine at the Columbia River Gorge.

In a bizarre twist, Laverne Pavlinac falsely claimed that she and her boyfriend John Sosnovske killed Bennett in an attempt to escape her abusive relationship. They were convicted and spent four years in prison before being exonerated.

Jesperson said their arrest gave him an incentive to kill more women because he knew he could get away with it.

‘It was kinda like one of those “Hmm” moments, you know where you go like, “Wow, that’s really interesting,”‘ he said. ‘I was thinking, “Maybe it isn’t as hard as everyone makes it out to be.”‘

He took credit for the crime in messages he wrote in bathroom stalls, but police deduced they were a sick prank and could have been written by anyone.

Jesperson murdered his second victim — a Jane Doe who is known only as ‘Claudia’ — in August 1992 in Blythe, California. He told Phelps that they met at a truck stop, and she wanted to hitch a ride with him.

He said he felt like she was trying to ‘play’ him, and he didn’t like that. He duct-taped her mouth and her hands before raping her and strangling her to death.

Phelps explained that during their conversations, he always made it seem like his victims needed to be killed for whatever reason. 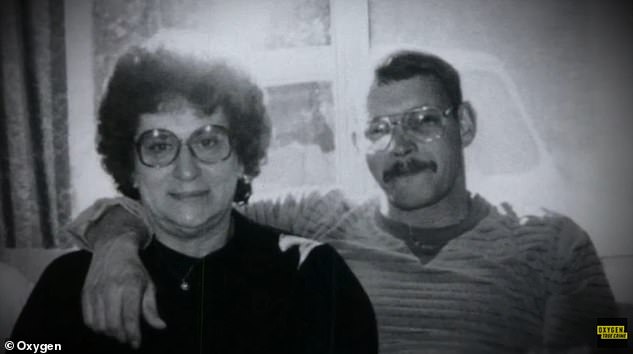 Say what? In a bizarre twist, Laverne Pavlinac falsely claimed that she and her boyfriend John Sosnovske killed Bennett in an attempt to escape her abusive relationship 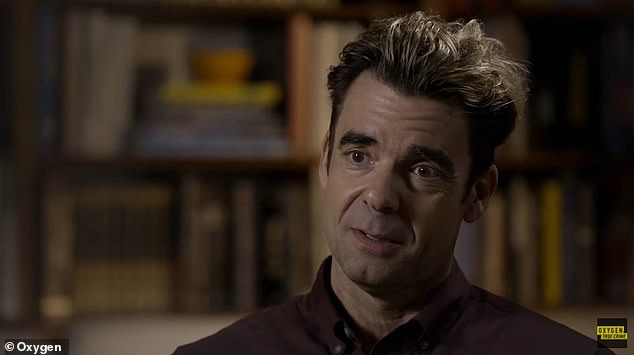 Unbelievable: Jesperson told Phelps that the couple’s arrest gave him an incentive to kill more women because he knew he could get away with it

Around the same time Jane Doe’s body was found, Jesperson struck again in Turlock, California. He often targeted prostitutes and homeless women, raping them before strangling them to death with his bare hands.

‘I pulled into the Turlock rest area on Highway 99 southbound at around 3:30 in the morning, and I ran into this gal there,’ the killer shared. ‘I told her, you know, I basically didn’t want any company, but she wanted to have company anyway.’

According to Jesperson’s version of events, the woman was a sex worker who climbed into his truck, even though he wasn’t interested in her services.

‘There were probably 30 of them working the lot, and she was the first one to jump up inside of my truck,’ he explained of the woman, who was later identified as Cynthia Lyn Rose, 32.

He told Phelps that he was ‘angered’ by her unwanted sexual advances. Pacheo noted that ‘in and of itself was reason enough to kill her. He bragged about that subsequently and dismissed her as a “prostitute.”‘

A few months later, he murdered another sex worker, Laurie Ann Pentland, 26, whose body was found in Salem, Oregon, in November 1992. He alleged he killed her because she tried to double charge him for sex.

Jesperson’s next two victims remain unidentified, as he claimed he didn’t remember much about either of them.

He told Phelps that he started writing his taunting notes to the police and journalists because it wasn’t enough to just get away with the crimes.

‘It’s not fun getting away with murder without anyone knowing about it,’ he said. ‘The game is too boring just killing. We gotta have someone following us.’ 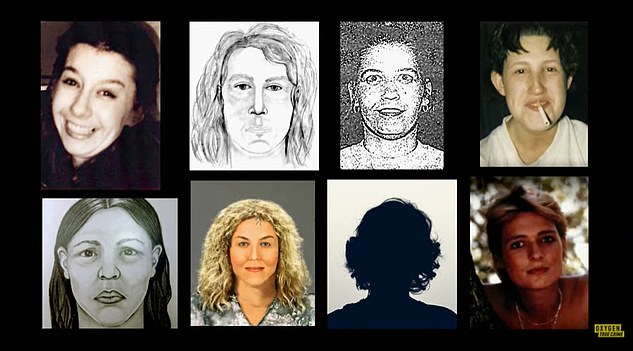 Mystery: Jesperson often targeted prostitutes and homeless women, and some of his victims remain unidentified 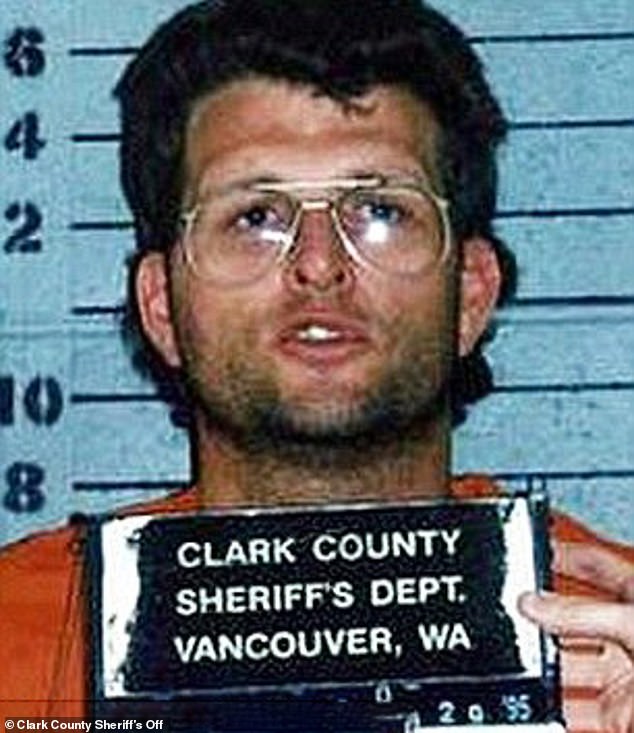 Jesperson made a mistake with his seventh victim, Angela Subrize, 21, who he killed after meeting her in a bar in January 1995. He realized he let her use his credit card to call her father. If her body was identified, he eventually would be too.

In his most gruesome act yet, he tied her under his truck and dragged her down the road to ‘get rid of all the identification.’

‘I tied her by the ankles underneath my trailer, and I drove out onto the freeway, drove for about 12 miles with her face down on the pavement,’ he recalled.

He then removed her from his truck and dumped her body, the same way he did with his other victims, leaving her remains in Nebraska. 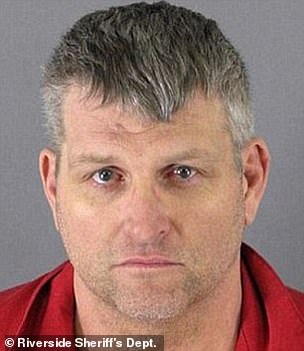 What’s the truth? Jesperson has claimed to have murdered around 166 people, but only eight murders have been attributed to him

‘From about her ears forward were gone,’ he said. ‘Her chest cavity was gone. She lost her arms and her hands ’cause I put her hands taped up in front of her so that she’d lose them first. And they never found the body for about eight months.’

Jesperson was finally caught in March 1995 after strangling his long-time girlfriend Julia Ann Winningham, who he claimed did not love him but only wanted his money. She was the only victim that he could be connected to.

After revealing he was the ‘Happy Face Killer,’ he received multiple life sentences while residing in the Oregon State Penitentiary.

Jesperson has claimed to have murdered around 166 people, but only eight murders have been attributed to him.

Phelps said he reached out to the serial killer a decade ago because he wanted to ‘unravel the mind of a psychopath strand by strand.’

He wrote about their nine-year correspondence in his book8 Dangerous Ground: My Friendship with a Serial Killer, which was published in 2017.

In the Oxygen special, Phelps said he was still in touch with Jesperson but would soon be cutting ties with him, explaining: ‘I’m not going to get any new information out of him.’

‘I know that he’s just playing that psychopath game,’ he added. ‘You know, he wants to continue to play chess, and it’s checkmate for me, dude.’