Official NHS figures revealed the number of prescriptions for anti-depressants doubled in a decade to 67.5 million – the largest rise of all medication types. But are they helping?

Britain is a nation of pill-poppers – and anti-depressants are fast becoming our medication of choice. One in ten of us now take them and the numbers continue to rise year on year.

Earlier this month, official NHS figures revealed the number of prescriptions for anti-depressants doubled in a decade to 67.5 million – the largest rise of all medication types. But are they helping?

Studies have claimed they are no more effective than dummy pills. Then last month a landmark trial concluded they did in fact work.

The research, published in The Lancet, found the most commonly prescribed types of anti-depressant to be more effective than a placebo for the short-term treatment of depression in adults, and experts were quoted in the press as saying this was ‘the final answer’ to the controversy.

Or was it? Here, leading experts reveal what you really need to know about so-called ‘happy pills’ – and how they could have some very unexpected benefits… 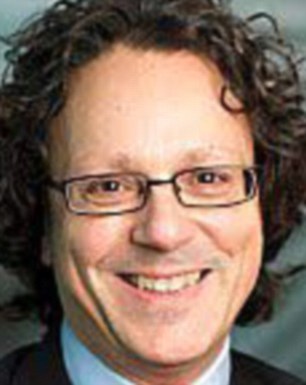 Carmine Pariante is professor of biological psychiatry at King’s College London and a spokesman for the Royal College of Psychiatrists.

He says: ‘Last month, the largest-ever study into the efficacy of anti-depressants concluded that they do work, with the effectiveness ranging from small to moderate for different drugs. At the time, I was widely quoted as saying this was the “final answer” on the subject – a comment that was taken very much out of context.

‘To clarify, what the study showed definitively was that, overall, all of the 21 pills available are more effective than a placebo, or dummy pills.

‘The people not covered in this study because the data isn’t available were the 20 to 25 per cent of depression patients who don’t respond to any anti-depressant medication at all. This is a huge problem. The outlook for these people can be very bleak and something we urgently need to address. Some of these people get by on a combination of medication, others respond to ECT [electroconvulsive therapy], some just battle on and others, tragically, take their own lives.

‘We still don’t know exactly how anti-depressants work in the brain, but we do know that some people respond to them better than others, for reasons that aren’t clear. Research shows between 50 and 60 per cent of patients respond well; for them, the drugs really are life-changing and they can get back to normal over the space of a few months.

‘Contrary to popular belief, anti-depressants won’t make you “happy”. In those who respond to them, however, they can help you cope better or take the “edge” off depression, even if it is due to an ongoing chronic stressful life situation.

‘They will give you the extra energy and motivation to get back to some kind of normal life.’ 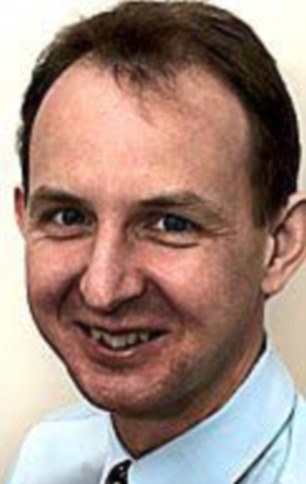 THOUSANDS GET RELIEF FROM NERVE ACHES

Roger Knaggs is associate professor of clinical pharmacy at the University of Nottingham and secretary of the British Pain Society.

He says: ‘Read a patient information leaflet for anti-depressants and you’d never know they were used as a painkiller. But thousands of people each year are prescribed them for persistent nerve pain – such as a burning, shooting or stabbing pain. Common examples include sciatica – a type of back pain – and diabetic nerve damage.

‘About a third of these patients can be helped by anti-depressants for their pain and unlike many other painkillers, they are generally not addictive.

‘It is usually the older drugs, known as tricyclic anti-depressants – amitriptyline is the most famous of them – that provide most benefit. There is one newer drug, called Duloxetine, that is licensed specially for nerve pain associated with diabetes.

‘It’s thought that amitriptyline works by reducing pain messages arriving in the brain. And while NICE guidelines support the use of this type of anti-depressant for nerve pain, it is not licensed for it, so is prescribed “off-label” by a GP or specialist, at a much lower dose than would be given for depression.’ 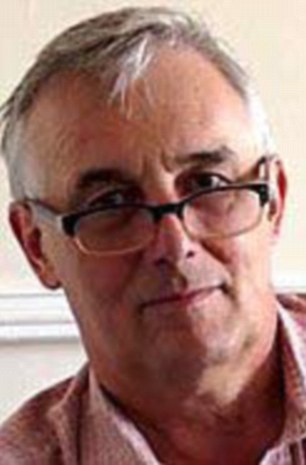 Chris Dowrick is professor of primary medical care at the University of Liverpool, a GP in Aintree and a member of a former NICE guideline development group for depression

Chris Dowrick is professor of primary medical care at the University of Liverpool, a GP in Aintree and a member of a former NICE guideline development group for depression.

He says: ‘Yes, more people are being given anti-depressants than ever before.

‘But the main reason the number of prescriptions is rising is because patients are staying on the drugs for longer. Rather than the few months recommended by the NICE guidelines, they’re staying on them for years.

‘For some people, for example those with recurring depression, this might be appropriate. However, the official guidance is that in the first episode of depression, patients prescribed anti-depressants should take them for six to nine months after they get back to normal.

‘The dose should be slowly reduced and then stopped. Yet many patients continue to get repeat prescriptions for years. Sadly, all too often the people who really need anti-depressants don’t get them. There are many older men who don’t seek help, and this is also the demographic with the highest suicide rate.’ 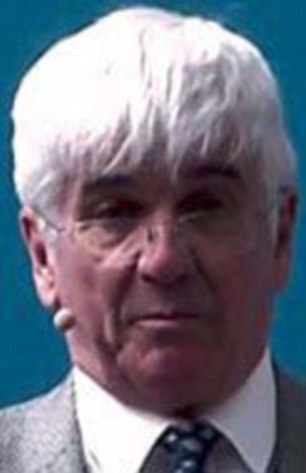 NOT PERFECT… BUT THE BEST WE HAVE

Professor Mike Wyllie was head of biology at pharmaceutical company Pfizer during the development and launch of the anti-depressant sertraline in the late 1980s. He is still a consultant for the firm.

He says: ‘The launch of Prozac in the late 1980s saw a new class of drug begin to dominate the market – selective serotonin reuptake inhibitors, usually abbreviated to SSRIs. Sertraline is also an SSRI and launched in the UK in 1990.

‘It’s thought these drugs work by increasing serotonin levels in the brain. Serotonin is a neurotransmitter – a chemical that carries signals between nerve cells in the brain – thought to have a positive influence on mood, emotion and sleep. But in all honesty, no one has ever really been sure how these drugs work.

‘The bigger problem is that still we know so little about depression. As a result, drug companies have run out of logical ideas about what to try next in terms of research. Unfortunately, this means that when it comes to anti-depressant medication, the drugs we have are probably as good as we’re going to get for the foreseeable future.’ 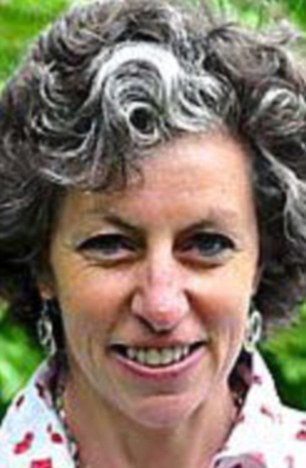 THE SIDE EFFECTS CAN BE A NIGHTMARE

Dr Joanna Moncrieff is a practising psychiatrist, a senior clinical lecturer in psychiatry at University College London, a member of the Critical Psychiatry Network and author of The Bitterest Pills: The Troubling Story Of Antipsychotic Drugs.

‘For years, there has been a theory that anti-depressants target underlying chemical imbalances in the brain, but there’s no evidence to support that’s what they are doing. It’s propaganda.

‘We do know the pills can make you feel a bit different, but so does alcohol, and we don’t prescribe that for depression.

‘In fact, I think the drugs can do more harm than good as people think a pill has made them better when they could have achieved it themselves.

‘Side effects include sexual dysfunction – reduced libido, erectile dysfunction, difficulty achieving orgasm – and reports indicate some of these effects may persist for months or years after the drugs are stopped.

‘And far too often, patients are not warned about the, disabling withdrawal effects that these drugs can sometimes cause, sometimes for years.

‘Therapy can help some people. Addressing feelings of loneliness or a bad marriage or a stressful job can often be the key to tackling feelings of depression.’ 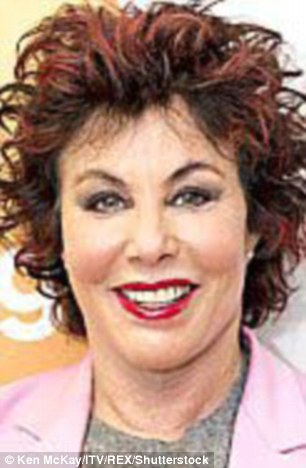 Comedian and author Ruby Wax, 64, lives in London with her husband Ed. She is an active mental health campaigner

THEY SAVED MY LIFE WHEN I FELT SUICIDAL

Comedian and author Ruby Wax, 64, lives in London with her husband Ed. She is an active mental health campaigner and has written three books on the subject, the latest of which is How To Be Human: The Manual (Penguin Life, £14.99).

She says: ‘I’ve been taking anti-depressant medication for more than 20 years and have no plans to stop.

‘These drugs have saved my life and continue to help me function on a daily basis. I’ll never be ashamed to say I take them. In my 30s, I felt suicidal and couldn’t move from my bed.

‘The first time I took them, it took six weeks to feel the effects. I slowly started to feel more like me again. The disease was no longer consuming me.

‘These days, I also practise mindfulness for 20 minutes every morning and when I need it throughout the day. I swear it keeps me sane.’

THEY HELPED, BUT I DON’T WANT MORE

Comedian Helen Lederer, 63, lives in London with her husband.

She says: ‘A few years ago I went through a stage of feeling really sad, tearful and overwhelmed. Looking back, it may have been the menopause, but my GP prescribed fluoxetine [Prozac], which I took alongside seeing a very cheerful CBT therapist once a week.

‘Six months later, I was definitely feeling better and tapered off the drugs slowly, as advised. While they did help, I would be really reluctant to take them again.

‘I felt the pills blunted my emotions and made me less productive – and if I had a difficult time again, I’d ride it out, knowing it was a “bad phase”.’ 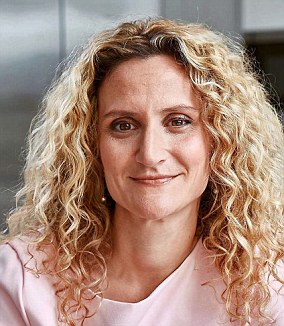 Treating depression isn’t all about pills. The first-line treatment for mild to moderate depression is lifestyle changes

Treating depression isn’t all about pills. The first-line treatment for mild to moderate depression is lifestyle changes: being physically active, engaging with friends and family, tackling loneliness and taking part in active relaxation such as yoga and mindfulness. However a consultation with a good GP should also cover the options of therapy and anti-depressants.

Q: If I go to the doctor feeling low, will they give me anti-depressants?

A: It will always be your choice and something you discuss with your GP. I find some patients are very keen, others conclude it may be the best option available to them if there is a long waiting list for therapy or they can’t attend appointments for some reason. GPs often use 50mg of sertraline, as research shows it is the most effective with fewest side effects.

Q: Will I feel better straight away?

A: You should start to feel the benefits after two to three weeks, but you can feel worse for the first couple of weeks while your brain adjusts to the drug. Your GP is likely to review progress after six weeks. If you feel the drug isn’t working, they may try a different drug such as fluoxetine or citalopram.

Q: Isn’t it really difficult to get psychotherapy on the NHS?

A: It depends where you live. Things have improved over the past few years, thanks to the Improving Access to Psychological Therapies (IAPT) programme. You can also self-refer yourself for therapy without seeing your GP, if you wish. One thing many of my patients find helpful and convenient is online therapy, which is available on the NHS in many areas. Visit iesohealth.com for more information.