Harper Beckham shows off her fashion colours: Following in parents’ footsteps, David and Victoria’s girl, 10, shows she has a flair for funky footwear and eye-catching outfits

Her mother has forged a reputation as one of fashion’s well-heeled style gurus.

And Victoria Beckham’s daughter Harper seemed to be following in her footsteps as she wore a bold outfit for a family day out.

Fashion designer Victoria, 48, who wore an all-black ensemble and heels, wrote on the post: ‘Weekend shopping with mummy.’

The pair also headed to the West End to watch Frozen: The Musical with Victoria’s parents Jackie and Tony Adams from the royal box.

Victoria, 48, who wore an all-black ensemble and heels, posted this picture with her daughter Harper on Instagram captioned: ‘Weekend shopping with mummy.’ 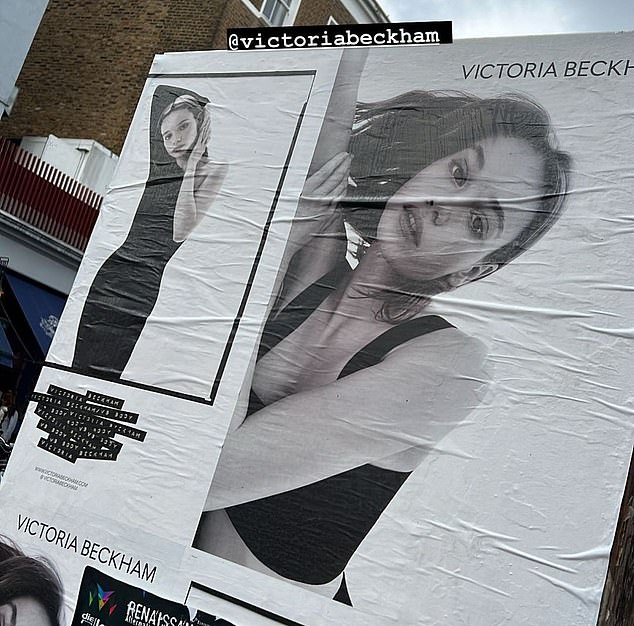 Harper seems to be following in the footsteps of her fashion designer mother Victoria, pictured on a billboard above 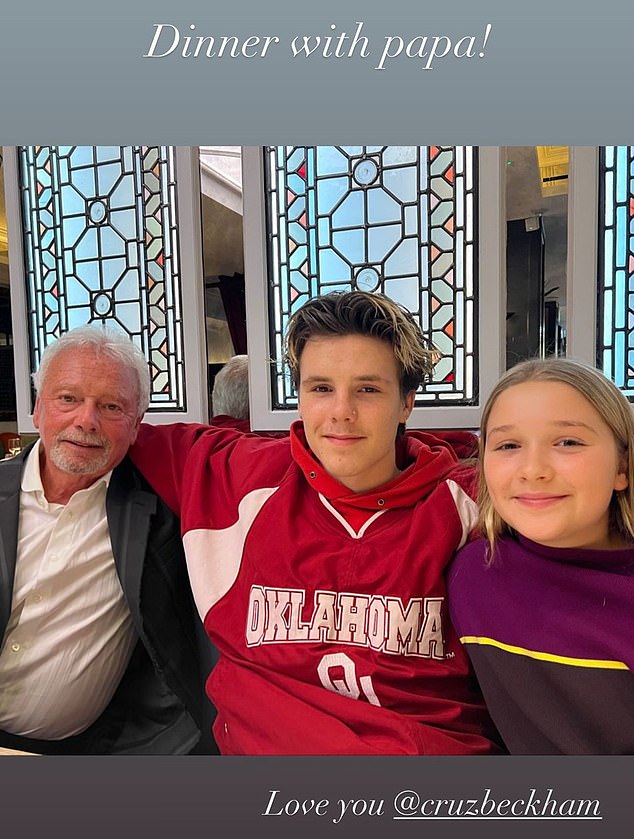 Victoria and Harper (right) enjoyed a dinner out with Cruz Beckham, 17, after watching the Frozen musical

At the Frozen musical over the weekend, the group watched the popular show from the Royal Box.

Victoria uploaded a picture of their tickets, which cost £150 each, and wrote: ‘It’s incredible!!!’

They then enjoyed dinner out with Cruz Beckham, 17.

Harper’s latest outfit comes weeks after Victoria shared a snap of her daughter wearing a cream and green fleece zip-up fleece with a floral print as she posed with her brother Romeo, 19.