‘She wants me, stop!’ Harrowing moment mother screams as police drag her deaf daughter from her home

Distressing vision has emerged of a distraught young deaf woman being led away from her mother’s home by police as her parent cries out for officers to stop.

Police had arrived at her home home with guardianship papers authorising them to  take the young woman back to her group home after the mother had picked her up for an outing but did not return her.

But the young woman, 22, didn’t want to go and is heard crying as she was led out of the house by two officers with the help of paramedics.

‘Bye bye my darling,’ the upset mum is heard calling out as she fights back tears.

The footage continues with the deaf woman struggling with the officers outside.

‘Let her go, do not lay hands on my daughter like that,’ the mother yells out.

‘My baby, I love you sweetheart.’ The woman insists her daughter wants to live with her rather than in a group home.

‘She was happy, she was content, she was looked after, she didn’t want to go,’ the mother told A Current Affair.

‘All she wanted was me. She told me she was happy here.

‘She was all smiles, she was always saying “I love you”, she wanted to be with mum.’

The mother claims the public guardianship tribunal didn’t ask her daughter where she wanted to live.

Police attended the home after the mother picked her daughter up from the group home where she was living for an outing and didn’t return her. 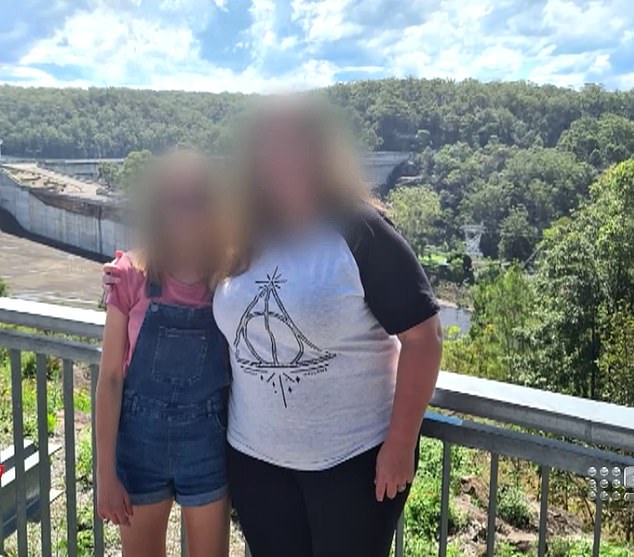 The applicant on the deaf woman’s public guardianship order is a service provider which receives NDIS funding to care for her.

‘She tried to say something, they shut her down, just like me,’ the mother claimed.

The distressing incident was cited by critics as evidence the public guardianship system needed an overhaul.

‘If I did this and you did this, we would be in jail,’ Christine Dalas from the Australian Association to STOP Guardianship & Administration Abuse told the program.

Aged and Disability Advocacy boss Geoff Rowe added: ‘People with a disability often find themselves being subject to guardianship orders and those orders that often have been made without consultation with the person with the disability,’ he said.