Harry and Meghan fans on high alert for baby news

Harry and Meghan fans eagerly awaiting Baby Sussex news were sent into a frenzy when the couple shared Instagram snaps of themselves meeting children around the world today.

The Duke and Duchess of Sussex boast more than 5 million followers on the social media platform and many are keeping a close eye on its activity, believing the royals might choose to announce their baby’s arrival directly with supporters.

Some have even gone as far as to set up alerts so they are notified directly any time the couple post, hoping to be among the first to learn about the birth.

But followers were left disappointed when the Sussex Royal account posted a photo gallery celebrating the 70th anniversary of the foundation of the Commonwealth this morning, with many saying their ‘hearts can’t take’ another false alarm. 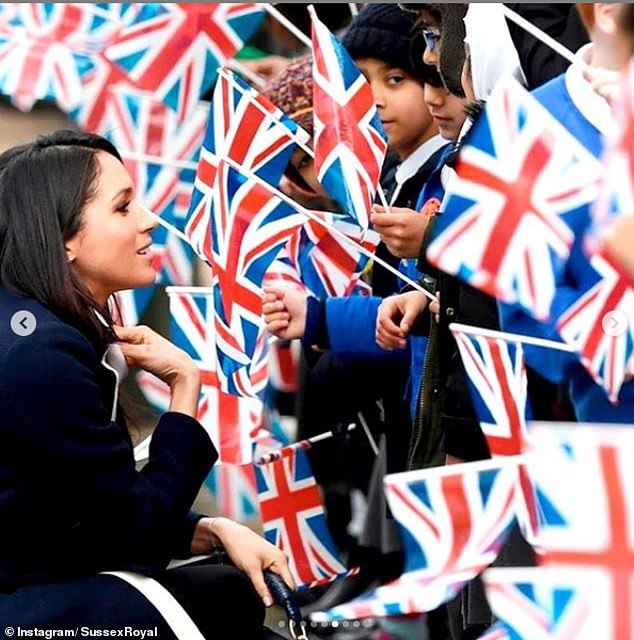 The pregnant Duchess who Royal fans are eagerly anticipating to give birth, was photographed greeting a number of children waving British flags 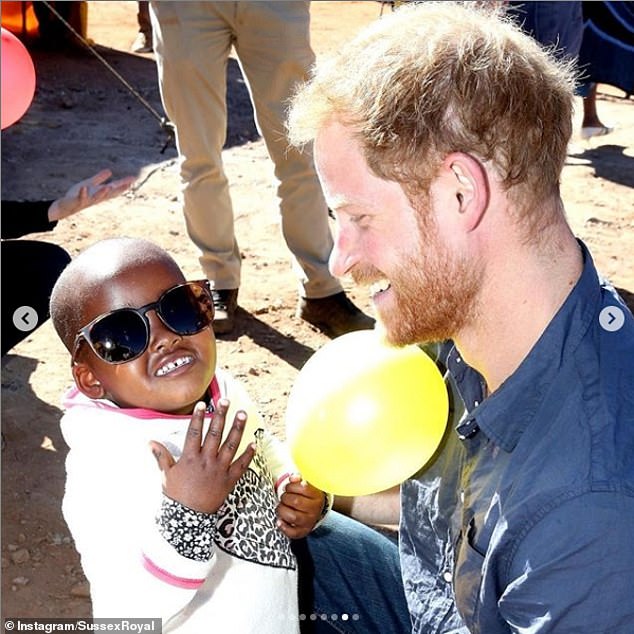 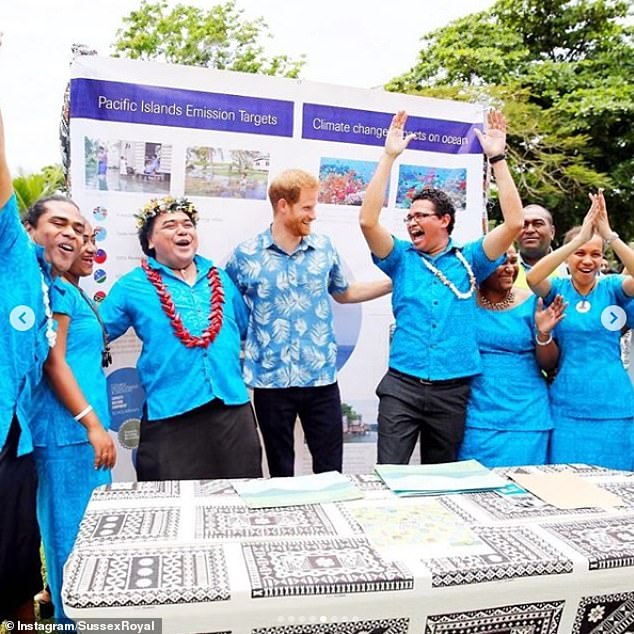 Another photograph posted today shows Harry in high spirits during his tour of Fiji with his wife, the Duchess of Sussex

One posted: ‘I think it’s time I turn my notification off , I can’t take the mini “heart attack” any more.’

Another wrote: ‘You know you’re making us jump every time you post!’

A third added: ‘Great post but nearly gave me heart failure as my alerts on for baby news.’

Others joked about parking their cars to check the site, or ‘pushing’ their children out of the way to read the latest update.

The Duke and Duchess launched their independent account just over three weeks ago and have already become active users, regularly sharing updates with their millions of supporters around the world.

The couple have used the platform to highlight causes close to their hearts, as well as to share personal insights on public events and photos from their private albums. 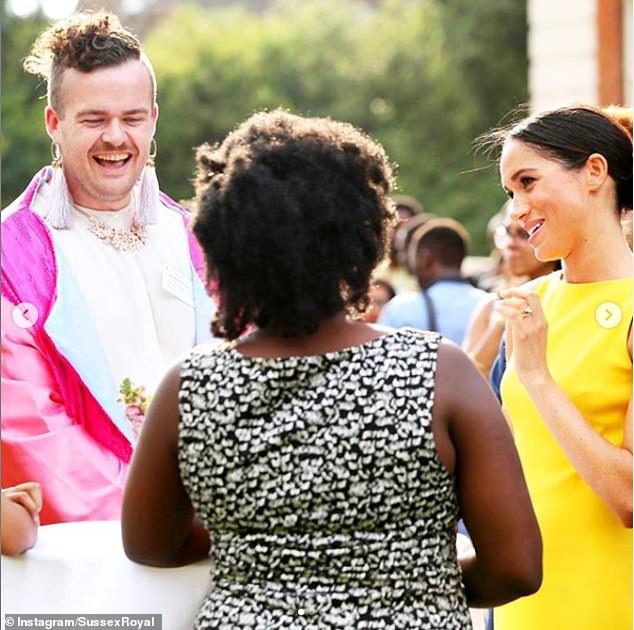 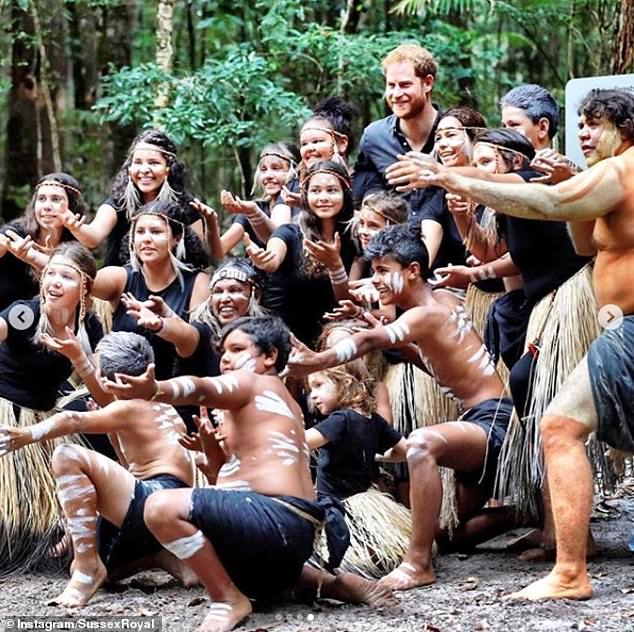 Among the pictures shared was this image of Prince Harry posing for a group photograph with the tribe of K’gari in the Queens Calopy on October 22, 2018 in Fraser Island, Australia 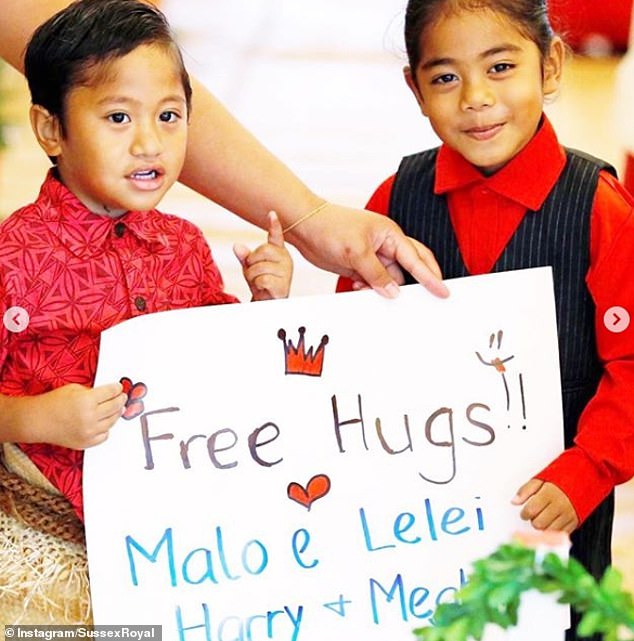 The frequent – and often highly personal – posts have led followers to believe the couple will choose Instagram to announce the arrival of their first child.

Doing so would mark yet another departure from royal convention surrounding the birth, after Harry and Meghan announced their child would not be delivered in the Lindo Wing and that details of the birth would be kept a private.

Frenzied fans told how their ‘hearts stopped’ when they received the latest Instagram notification, with many believing it was news that Baby Sussex had arrived

While the Duchess is expected to give birth any day now, the couple are still making time for their royal duties.

Yesterday the Duke of Sussex made a last minute appearance at an Anzac Day service at Westminster Abbey alongside his sister-in-law the Duchess of Cambridge.

Today the couple posted a heart-felt message about the importance of the Commonwealth to celebrate its 70th anniversary.

The couple wrote: ‘Today marks the 70th anniversary of the modern Commonwealth – a family of 53 countries working together to promote democracy, protect human rights, regenerate the environment, and focus not on what makes us different – but rather what we have in ‘common.’ What unites us versus what divides us…

‘Through The Duke and Duchess’ Commonwealth travels, they have worked with and supported young leaders on mobilizing youth engagement, and working towards a more unified future that spearheads progress, sustainability, optimism, and taking action.’

The couple shared the message alongside a gallery of photos of their travels across the Commonwealth, largely in Australia, New Zealand, Tonga and Fiji on the royal tour last year. 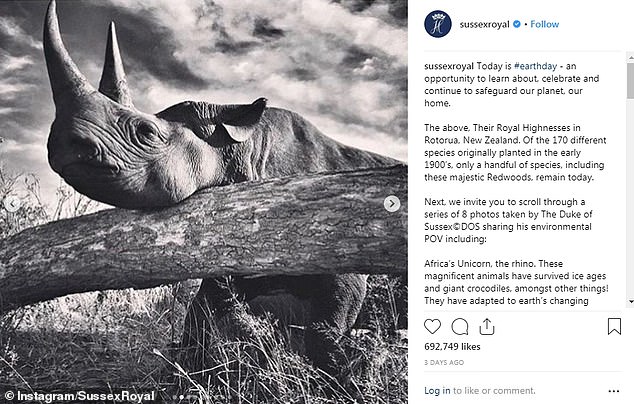