Harry and Meghan visit the home of their royal titles

The Duke and Duchess of Sussex visited their namesake county today for the first time since the Queen honoured them with their titles.

Harry and Meghan, who were given the dukedom on the day of their wedding in May by the monarch, will be taking in Chichester, Bognor Regis, Brighton and Peacehaven during a packed day of engagements.

The couple arrived in Sussex by helicopter and will use the aircraft to get between engagements throughout the day.

Crowds in their first destination of Chichester were slow to form but by the time Harry and Meghan were due to arrive there were around 1,000 people waiting to see them, many waving flags.

Friends Ros Gentle and Mary Menzies, from Chichester, are standing in the crowds waiting to see Harry and Meghan. Mrs Gentle said: ‘I think they are a great advert for the royal family.’

Mrs Menzies said: ‘I’m looking forward to seeing them because I think they are a great couple, a breath of fresh air.’

Meanwhile a group of pupils from Westbourne House School also gathered in West Street in the centre of Chichester. They have brought gifts for Harry and Meghan and are hoping to catch their eyes and speak to them.

Honor Pennant, ten, from Hampshire brought a bouquet of rosemary and white dahlias picked from her garden, and said: ‘I love Meghan so much I named my chicken after her. I like Meghan (the duchess) because I think she is quite spritely.

Aptly, Meghan the chicken is a breed called Light Sussex. ‘I hope I can give her the flowers and tell her about my chicken.’ 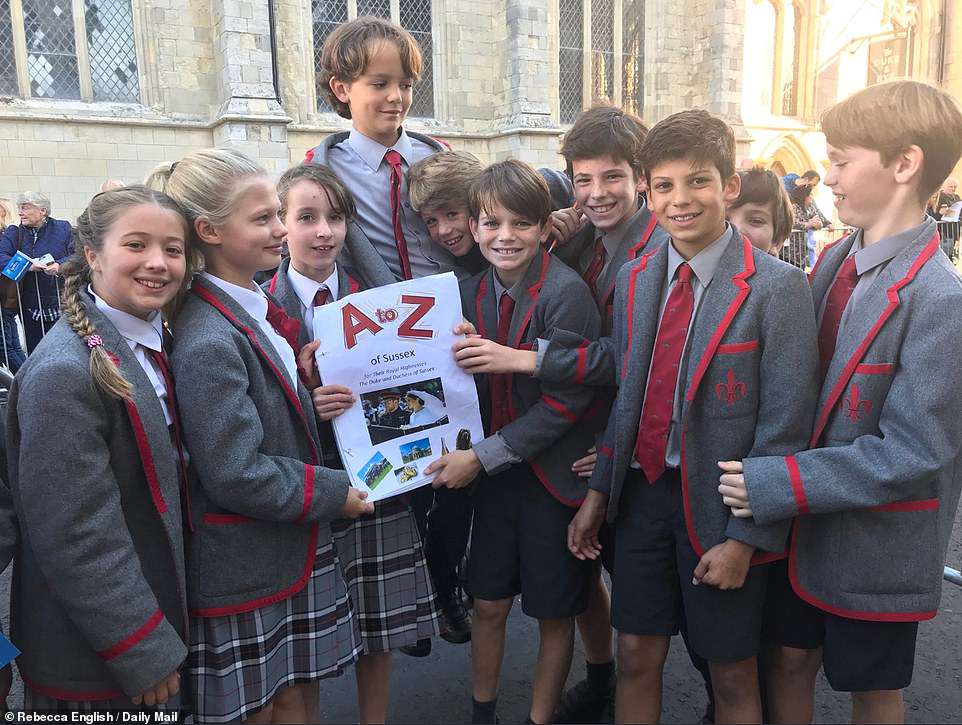 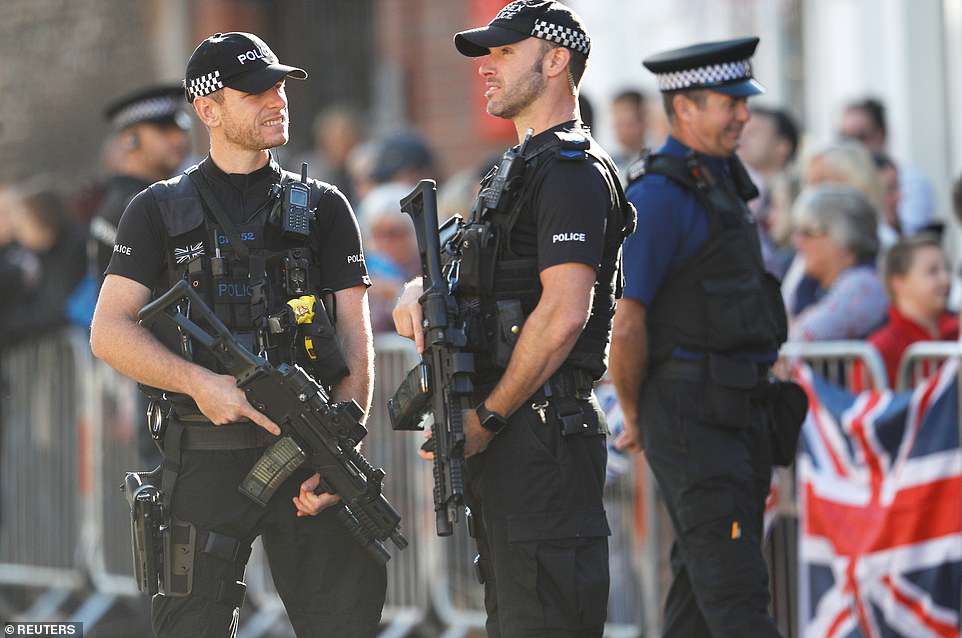 Classmates Kieran Rutherford and Thomas Symington, both ten, hope to present the couple with an A to Z of Sussex made by pupils at the school.

Thomas said: ‘We want to tell them all about Sussex because it is the best county in the world.’

Harry and Meghan started their day at Edes House in the heart of Chichester, West Sussex, and were greeted by the huge crowd during a public walkabout.

Inside the building they will be shown the ‘Sussex Declaration’, one of only two contemporary handwritten ceremonial manuscript copies of the American Declaration of Independence – a nod to LA-born Meghan’s nationality. The other is in the National Archives in Washington DC. 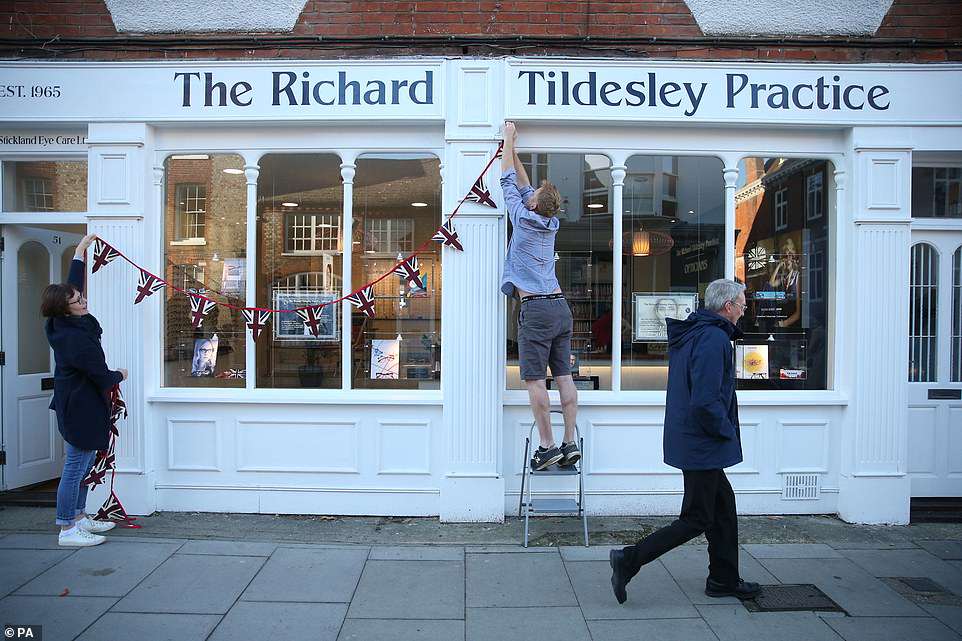 Later the newly-weds will travel along the coast to Bognor Regis to officially open the University of Chichester’s Engineering and Digital Technology Park, designed to offer practical experience in partnership with local industry.

This afternoon they will head for East Sussex, and the vibrant city of Brighton where they will visit the iconic Royal Pavilion, built by the flamboyant George, Prince of Wales, who later became the infamous Prince Regent in the 1780s.

The couple will undertake another walkabout and receive a private tour of some of the pavilion’s historic and eye-catching rooms.

There will be a more serious flavour to the visit when they walk afterwards to Survivors’ Network, a charity that supporters survivors of sexual violence and abuse in Sussex, where the couple will have the chance to talk to service users, volunteers and staff. 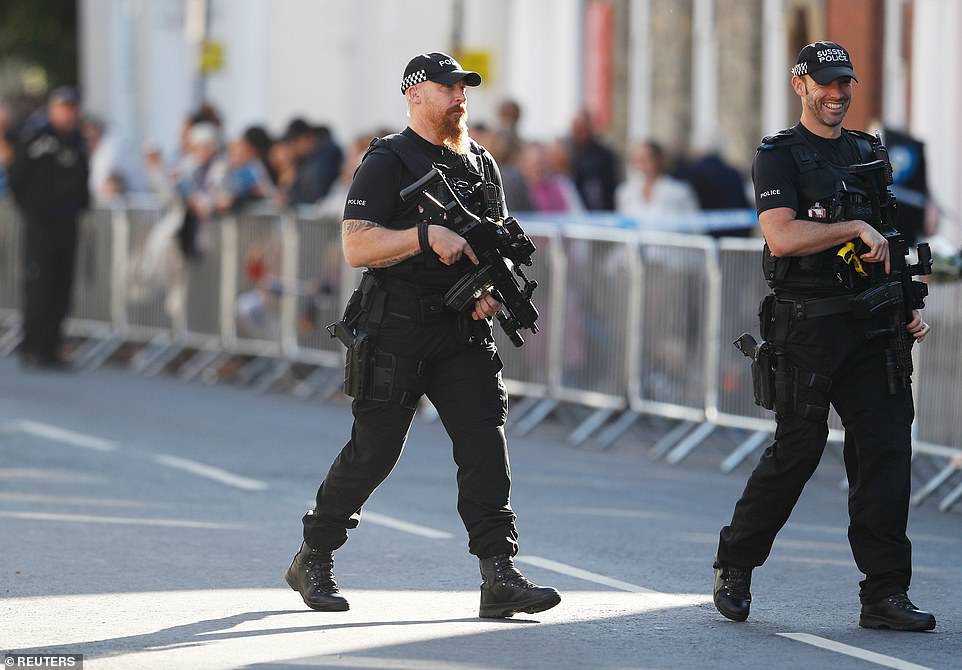 They will round off their visit in the coastal town of Peacehaven by popping into JOFF Youth Centre. The building is a community hub that offers activities, a ‘chill out’ area and a music active room for local youngsters.

Harry, 34, and Meghan, 37, will meet young people from youth groups across East Sussex to hear their plans round issues including mental health and emotional wellbeing.

The discussions are part of a Takeover Challenge day, a national initiative that encourages organisations to put young people into real-life decision-making positions.

The couple will next week attend the wedding of Harry’s cousin, Princess Eugenie, before departing for their first Commonwealth tour, which will last three weeks and take in Australia, New Zealand, Fiji and Tonga.