An almighty barney has broken out over the future of the world’s oldest Jewish newspaper after its owners put it into liquidation and laid off 54 staff on the eve of Passover.

The Kessler Foundation’s accounts reveal it ran the Jewish Chronicle at a loss of £1.5 million a year and auditors flagged up that their £2.6 million pension liability far exceeds the group’s assets. Current management wants to try to restructure the business but there are fears in the Jewish community that the paper – which has been running since 1841 – will be doomed. So an 11th-hour consortium has mounted a takeover bid.

Fronted by former No 10 spin chief Sir Robbie Gibb, with other backers including ex-Labour MP John Woodcock and Rabbi Jonathan Hughes, there is no mention of where their promised millions of investment will come from.

Ned Temko, a former editor of the Jewish Chronicle. An almighty barney has broken out over the future of the world’s oldest Jewish newspaper, writes Harry Cole (file photo)

Interestingly, the trio were involved with the Mainstream campaign group – which was also mysteriously funded – that eviscerated Jeremy Corbyn last year.

Sir Robbie insists there would be no editorial changes, with editor Stephen Pollard backing the takeover, but some are sceptical. ‘This saga is unfinished business from the General Election,’ a source tells me. ‘There’s a widespread view that for too long the Jewish Chronicle has been the voice of the liberal Left, and out of touch with its wider conservative readership.’

‘I apologised to him,’ claims chastened ex-Tory Remainer Rory Stewart when asked if he’d honoured his promise to get ‘down on bended knees in front of Boris’ and admit he’d called Brexit wrong. 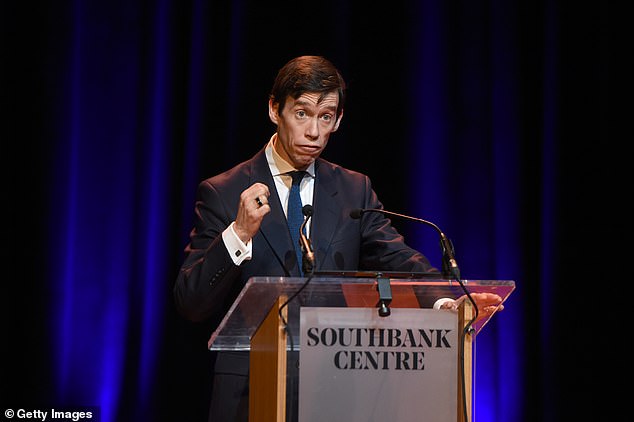 There were puzzled faces all round in No10 when I asked about what seems to be a totally unmemorable incident, writes Harry Cole (pictured: file photo of Rory Stewart)

‘I didn’t quite get my knee on the ground,’ Rory tells this month’s GQ. ‘I bobbed towards the ground and made a fulsome apology, as I felt I ought to.’

But was it as fulsome as it could have been? There were puzzled faces all round in No10 when I asked about what seems to be a totally unmemorable incident.

Parliament returns this week in a virtual form, with plans afoot for remote voting and legislative processes.

To test the new-fangled technology, the Commons’ tights-wearing officials held a mock debate and vote on the great question of our age: ‘Is the Jaffa Cake a cake or a biscuit?’ Division!

Should our spies’ well-founded fears that Covid-19 escaped from a Chinese laboratory be proven correct, you can expect crowing from No10 guru Dominic Cummings.

He wrote on his esoteric blog a year ago that even the ‘most secure bio-labs have serious security problems and clearly present an unacceptable risk of causing a disastrous pandemic’.

Some undignified grumbling last week from the usual suspects that, despite strict lockdown rules, the PM is recuperating at his second home, Chequers.

Once described by Lord Curzon as ‘a temple of reconciliation and a haunt of peace’, few know that PMs’ use of the Buckinghamshire country house is enshrined in law for ‘the better the health of our rulers the more sanely will they rule’.

The Chequers Estate Act 1917 reads: ‘The inducement to spend two days a week in the high and pure air of the Chiltern hills and woods will, it is hoped, benefit the nation as well as its chosen leader.’ 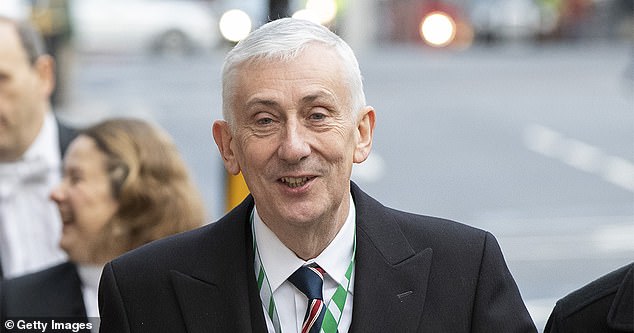 Sir Lindsay Hoyle, the House of Commons Speaker, pictured attending a service in January for New Parliament at St Margaret’s church in London

Oliver Cromwell said killing a king was ‘a cruel necessity’, and I hear Commons Speaker Sir Lindsay Hoyle takes a similar view over banning the sale of booze anywhere in Parliament during the lockdown.

My man in the parliamentary archives says this dry spell is the first time alcohol has been outlawed in the Palace of Westminster since December 1653 when puritanical Cromwell became Lord Protector.

And the comparisons don’t stop there. Theatres are closed, too…