The American woman accused of killing teenager Harry Dunn wants to apologise to his parents in person, it was claimed yesterday.

Anne Sacoolas was said to be ‘desperate’ to return to Britain to meet Charlotte Charles and Tim Dunn but would not surrender to police custody, said a highly-placed source.

Mrs Sacoolas spoke to police at the scene after crashing into the 19-year-old’s motorbike while driving on the wrong side of the road last August. Her husband was an intelligence officer at nearby RAF Croughton, a US spy base in Northamptonshire.

But the mother-of-three flew home with her family before any formal interview or charge, claiming diplomatic immunity.

The American woman accused of killing teenager Harry Dunn (pictured) wants to apologise to his parents in person, it was claimed yesterday

Yesterday Harry’s parents pleaded with the head of the Armed Forces to set up a meeting with base chiefs after claims of ‘three near misses’ involving their staff. In a letter to General Sir Nick Carter, they wrote that the base could not ‘practise splendid isolation’ when it comes to safety.

Since the crash which killed Harry, the county’s police force has said it investigated two other incidents of Americans allegedly driving on the wrong side of the road.

Last week, there were claims a third member of staff smashed into a fence in a nearby village after driving on the wrong side of the road. Prosecutors have said Mrs Sacoolas, 43, should be charged with causing death by dangerous driving but the US has rejected an extradition request.

A British security source, who had been in contact with counterparts in America, said: ‘We’re told she’s aware it’s cold comfort to Harry’s family but she has had sleepless nights since this tragic accident.’ 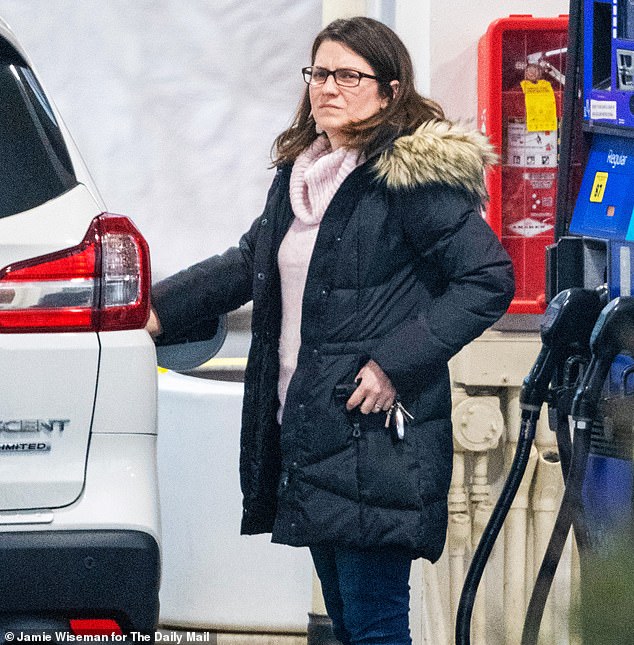 Anne Sacoolas (pictured) was said to be ‘desperate’ to return to Britain to meet Charlotte Charles and Tim Dunn but would not surrender to police custody, said a highly-placed source 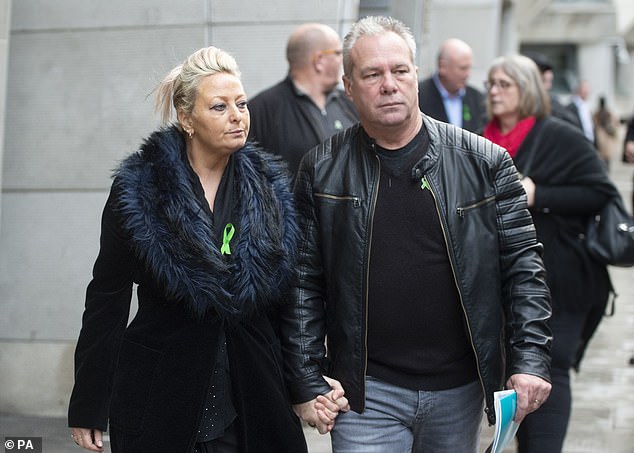 Although Mrs Sacoolas has previously said she was ‘terribly, terribly sorry for that tragic mistake’, she has not met Harry’s parents.

The divorced couple went to the White House last October to raise the case with Donald Trump but he tried to ambush them into meeting Mrs Sacoolas by revealing she was in the next room.

Mrs Charles, 45, of Charlton, Northamptonshire, and Mr Dunn, 50, of nearby Brackley, were stunned and refused to see her. The source told the Sunday Express: ‘She is still desperate to tell them in person how sorry she is.’

Any meeting would coincide with a trip to the UK later this year when Mrs Sacoolas is due to lecture at the Defence College of Intelligence in Bedfordshire.

In February, it was revealed she had been a CIA agent but had not been on active duty while in the UK.