A host of celebrities, including Harry Kane, have sent good luck messages to England’s cricket team ahead of their World Cup final against New Zealand.

Eoin Morgan and co have the opportunity to become only the second English side to win a World Cup on home soil when they face New Zealand at Lord’s on Sunday.

It is the first time since 1992 that England’s cricket side have managed to reach the World Cup final and the whole nation are behind them as they look to create history by claiming their very first trophy in the international competition. 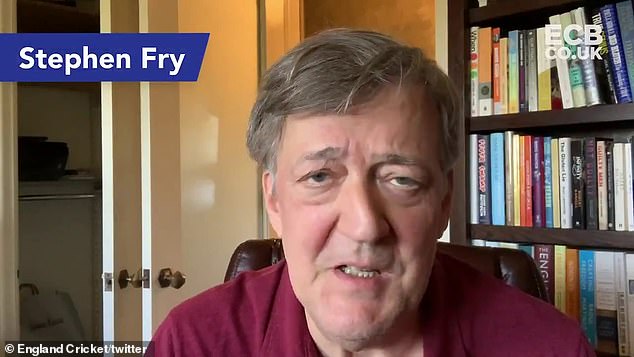 A range of sporting celebrities from Tim Henham, to Owen Farrell, to Gary Lineker have all taken the time out to send their good wishes to the England side.

Tottenham striker Harry Kane, who knows what it means to play in a huge World Cup game, also had a message of his own for the team.

In a video posted on social media, Kane said: ‘Yes boys, I just want to wish you all the best for the final. Congratulations on making it, great win against Australia. I’ll be watching, go rip it up. All the best.’

England football manager Gareth Southgate urged them to get over the finishing line by beating New Zealand on Sunday.

He said: ‘Gents, I couldn’t be happier for you. You’ve played the way you said you would, you’ve done the things you’ve said you would down in Glamorgan, now you have to go and finish it off.’

Celebrities from other walks of life also wanted to send their best wishes to Morgan’s side with Stephen Fry and Greg James both sending a message to the team.

Comedian Fry heaped praise on the aggressive brand of cricket England have displayed in this tournament, adding: ‘I don’t think you’ll ever understand how much your success and quality of play has meant to fans like me. 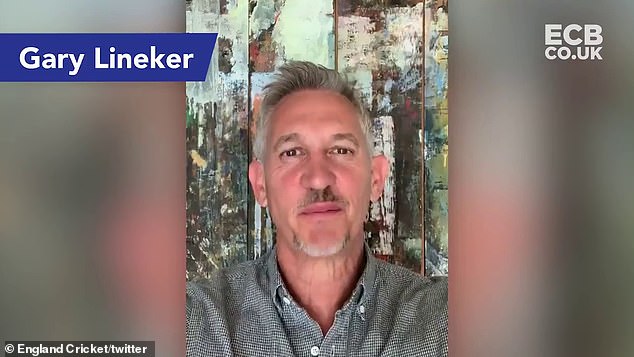 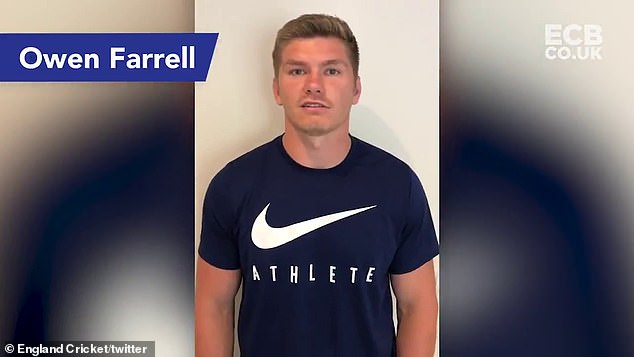 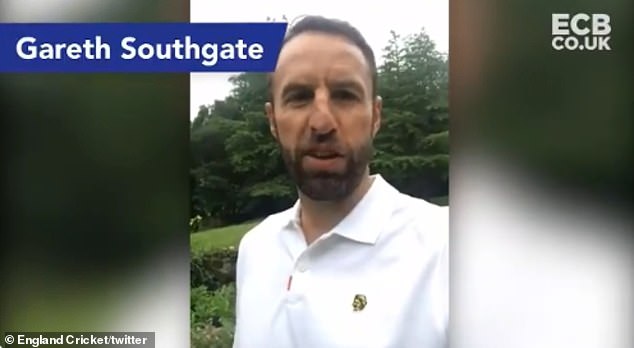 ‘The style in which you play, the attitude, the optimism, the fulfillment, the commitment, all these silly words. I am insanely excited about Sunday and so proud to be an England fan.

‘This is one of the greatest moments of my cricket-loving life and I think you are all incredible. If I was the type of person who would have children, as it goes I’m not, I would name them all after you, every single one of them.

‘And good luck, that’s all I can say, I wish I could say more, it’s just wonderful, have a great time.’

England will be hoping to repeat their impressive performance which saw them crush rivals Australia to win their semi-final by eight wickets.

But New Zealand will be confident too after cruising past India in their last match.

Kane Williamson and co will look to try and take the game to England by posting a big total after winning the toss and electing to bat first. 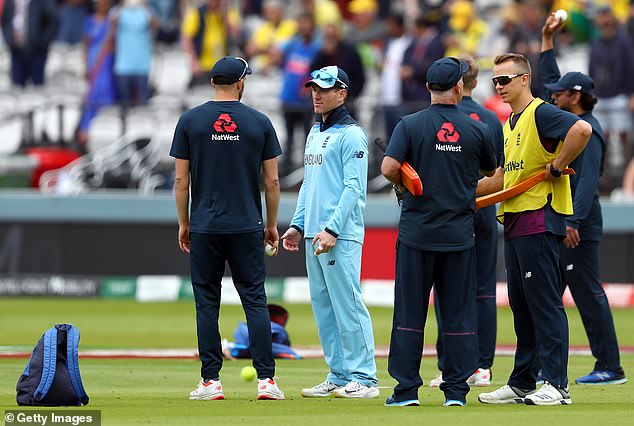