Harry Kane back in training ahead of Real Madrid clash

Mauricio Pochettino was optimistic Kane would be fit to play some part in Wednesday’s tie at Wembley.

And the signs looked good in training as the smiling striker was involved in drills after an indoor gym session. Erik Lamela also took part. 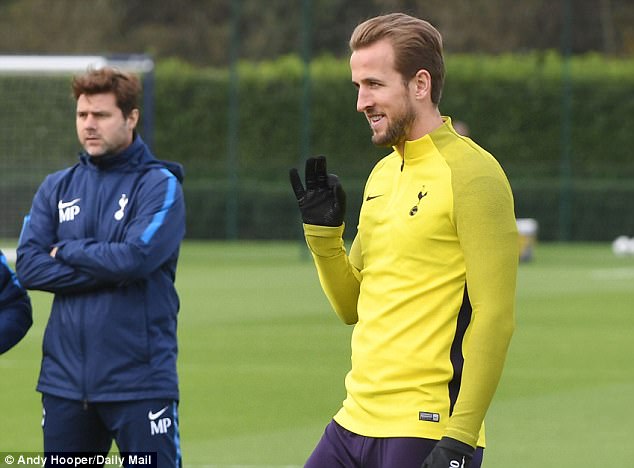 The 24-year-old appeared to tell one Tottenham player ‘I’m alright’ during the session and gave an OK gesture to reassure the team-mate.

Kane was forced to sit out Tottenham’s last two matches after picking up a hamstring problem in their 4-1 Premier League win over Liverpool.

Pochettino provided an update on Kane’s fitness at his press conference at the Tottenham training ground.

‘We’re very confident,’ Pochettino said when asked about Kane’s availability. ‘He’s on the list. Maybe it’s possible for him to play but I don’t want to say 100 per cent’. 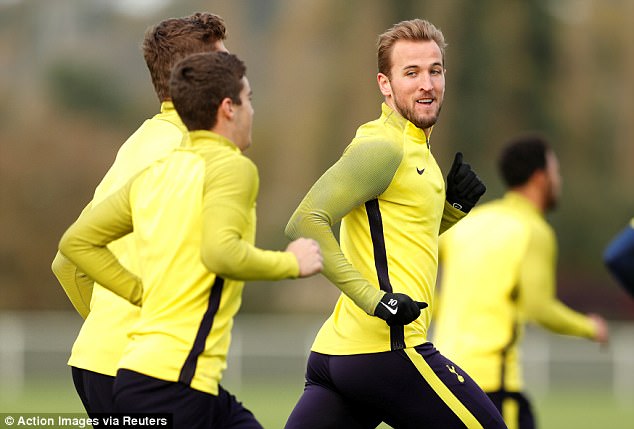 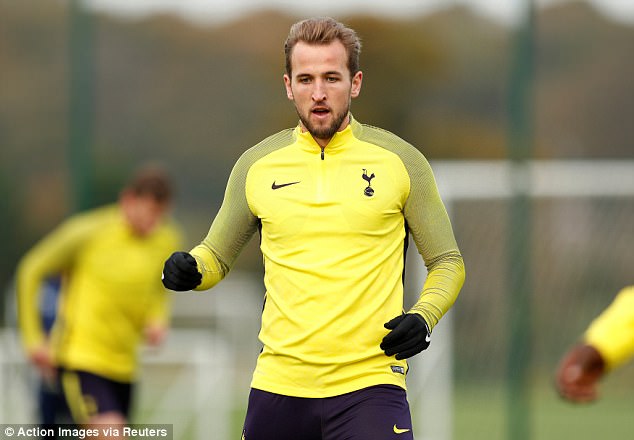 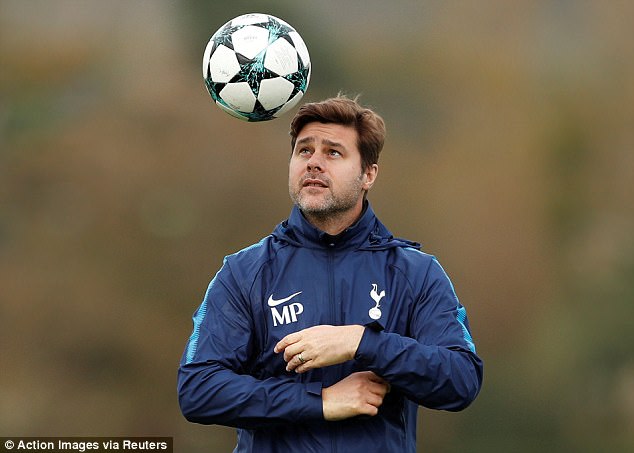 ‘We will assess him and then we will make the best decision. My feeling is good. But it’s not my feeling, it’s Harry Kane’s feeling.’

Kane trained alongside Lamela, who hasn’t featured for Tottenham since October 2016 after suffering repeated hip problems.

Key men Christian Eriksen, Dele Alli and Son Heung-min were also present during the session as Tottenham bid to maintain their strong start to the Champions League campaign.

Alli was suspended for Tottenham’s 1-1 draw with Madrid at the Bernabeu earlier this month but is available once again for selection ahead of the Wembley clash. 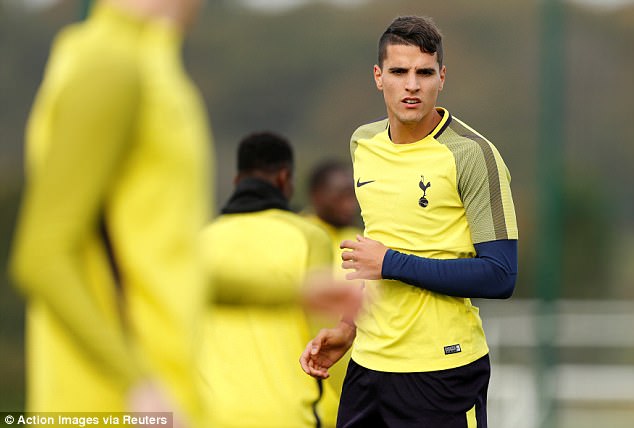 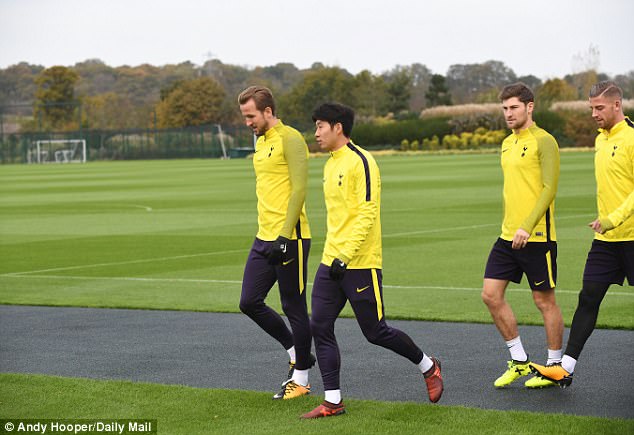 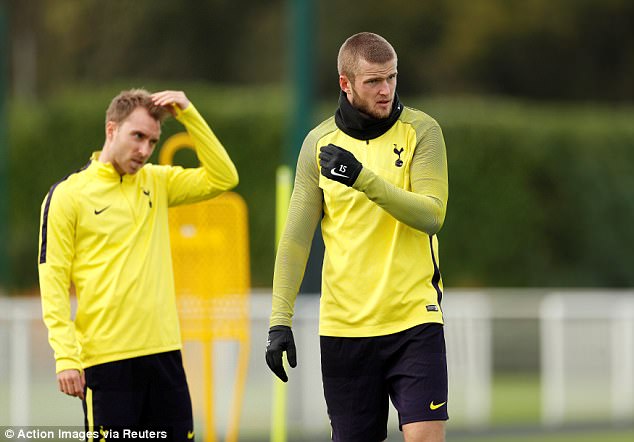 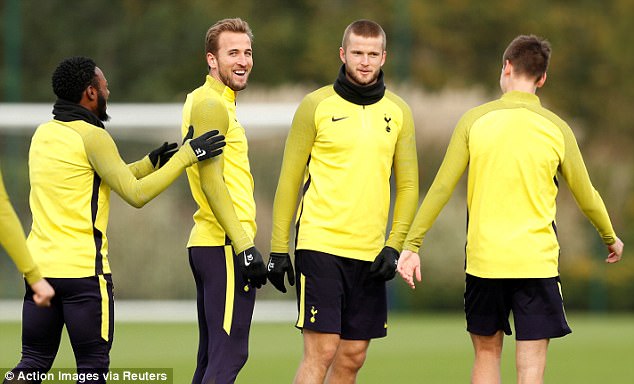 Tottenham took the lead after Kane’s flick took a deflection of Raphael Varane resulting in an own goal but Madrid equalised through Cristiano Ronaldo’s penalty.

The away draw at Madrid followed two consecutive victories to start Tottenham’s European campaign, against Borussia Dortmund and APOEL Nicosia.

Tottenham have lost both their matches without Kane since the striker suffered the hamstring problem towards the end of the win over Liverpool.

They threw away a two-goal lead to lose 3-2 to West Ham in the Carabao Cup before a 1-0 Premier League loss at Manchester United on Saturday. 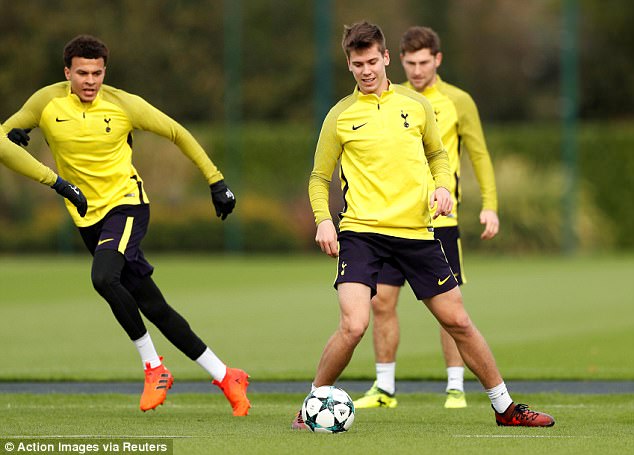 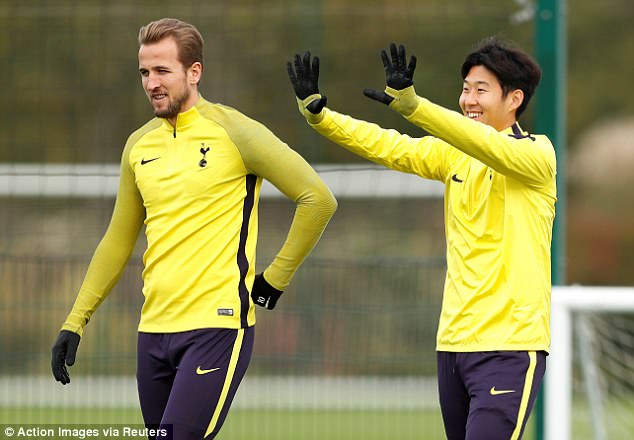 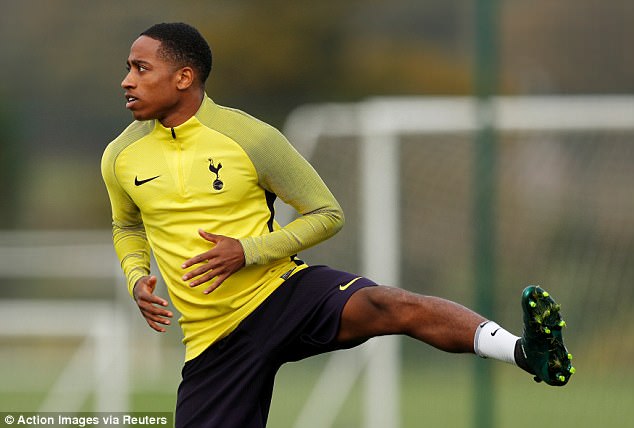