Harry Kane isn’t firing and there’s still no new stadium… so are the wheels coming off at Tottenham?

Tottenham woes continued on Tuesday when Inter Milan staged a late comeback to condemn the Premier League side to their third straight defeat, a first under Mauricio Pochettino’s tenure.

The problems have been mounting for some time in north London and with no new stadium or signings in sight, it is understandable why the supporters are starting to lose their patience.

So, are the wheels really coming off at Spurs? Here are seven reasons why Tottenham fans may be worried about their start to the season.

Three home venues in one season?

Daniel Levy’s ambitious project of getting Pochettino’s men playing in their brand-new stadium by the start of this season was never realistically going to happen.

It can be forgiven that huge builds such as this can be setback by delays but Spurs seem to have had a couple now.

Burst water pipes and faulty wiring have caused the opening of Spurs’ new stadium to pushed back time and time again.

The north London side have played two of their ‘home’ games at Wembley so far this season and it looks like they could be playing more of their games there, if not all of them if more problems arise.

However, with Wembley unavailable next week, Spurs are even set to play their Carabao Cup third-round tie at MK Dons’ home which the club struggled to sell tickets for.

The move-in date for new stadium is still up in the air while some fans have already shelled out up to £2,200 for a season ticket. 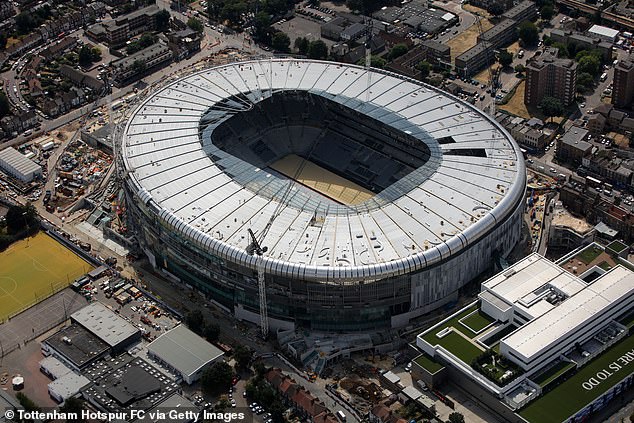 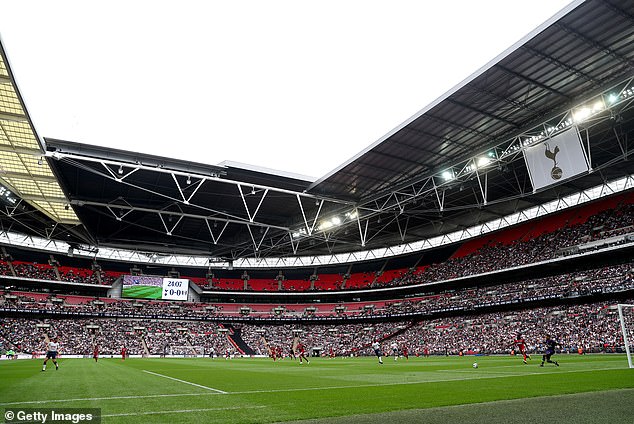 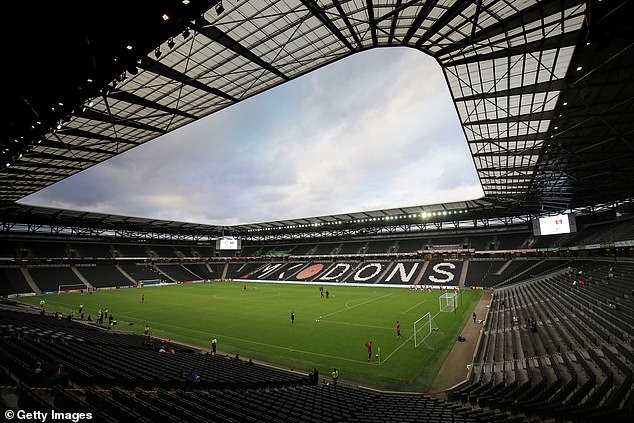 A general view of Stadium MK in Milton Keynes, venue for Tottenham’s match against Watford

Usually calm and collected, Pochettino has been fairly tetchy with the press as of late.

The Tottenham boss has had a difficult start to the season despite winning his opening three league games in August.

Since their hot streak, Spurs have gone on to lose three on the bounce, a first for Pochettino at the club, and it seems he’s in no mood to justify his decisions.

The 46-year-old was asked why he decided to leave Toby Alderweireld and Kieran Trippier at home for the Inter Milan game on Tuesday evening, only for him to bluntly respond that it was ‘a technical decision’ before refusing to go into further detail.

Pochettino then claimed his players that showed quality against Inter were being ‘disrespected’ following their disappointing 2-1 defeat at the San Siro. 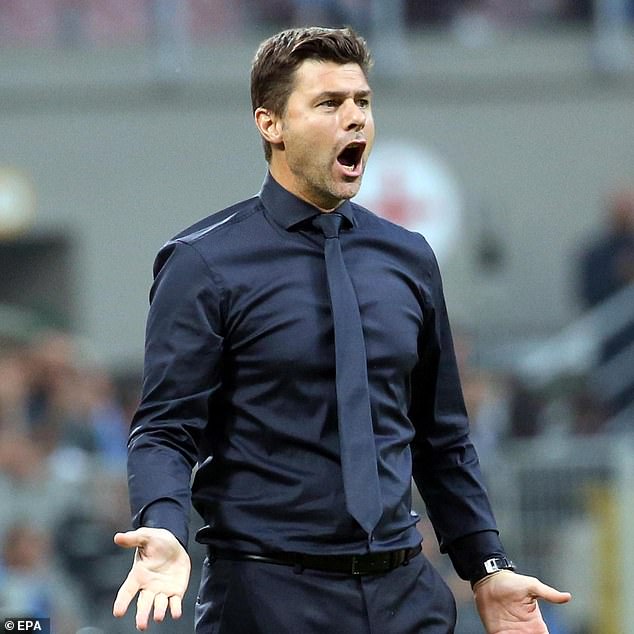 Is Kane unfit or out-of-form?

It seems as if Harry Kane traded his killer instinct in the box for a goal in August.

Tottenham’s talismanic striker has looked off the pace since returning from the World Cup with fans and pundits alike asking for Kane to be rested following his hectic summer schedule.

The 25-year-old did score a superb header against Manchester United in the 3-0 win at Old Trafford and scored another in the 3-1 win over Fulham but he is still yet to show the impressive form he was producing game in and game out for Spurs last season. 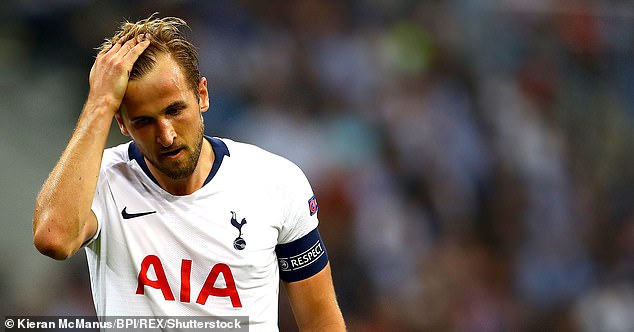 Captain not so fantastic

Hugo Lloris made the headlines for all the wrong reasons following his heroics at the World Cup with France.

The Tottenham and France captain pleaded guilty to a drink-driving charge after he was pulled over in the early hours of the morning of Friday, August 24.

Lloris had been caught by police driving at only 15mph in a 30mph zone, dodging red lights and was seen veering ‘towards parked vehicles’ before being stopped.

Pochettino did confirm that Lloris would retain the club captaincy but warned he had been lucky to escape his drink-driving escapades with only a criminal conviction and a hefty fine.

The goalkeeper is currently out with a thigh injury but Tottenham fans will have been less than impressed with his actions last month. 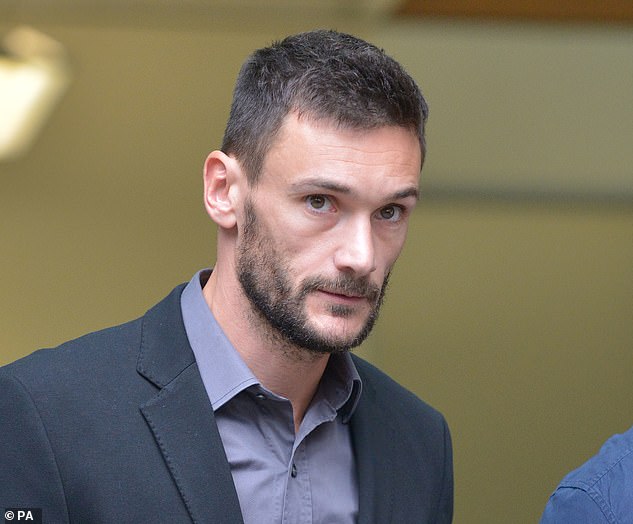 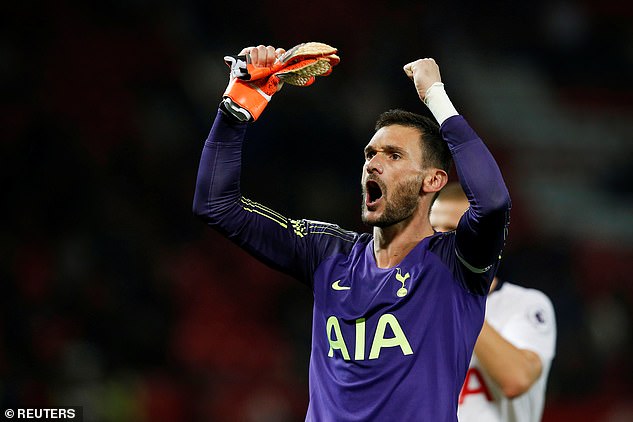 Under Pochettino, Spurs have tried to throw away their ‘Spursy’ tag as they turned a corner and began to cement their place in the top four.

They are also renown to be defensively solid under their Argentinian manager as they have the third best defensive record for goals conceded in the league since his arrival in 2014.

However, Spurs have let leads slips three times this season and have gone on to eventually lose two of those games.

Tottenham allowed Fulham back into their game in August before Trippier and Kane put the game to bed but they weren’t so fortunate against Watford and Inter.

Troy Deeney and Craig Cathcart completed an impressive turnaround to inflict Spurs first league defeat of the season before they capitulated late on again in the Champions League on Tuesday night.

Their defensive frailties must improve if they’re going to be mentioned as title challengers again this season. 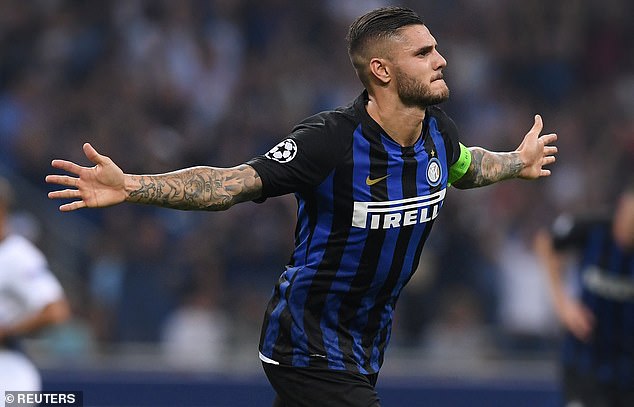 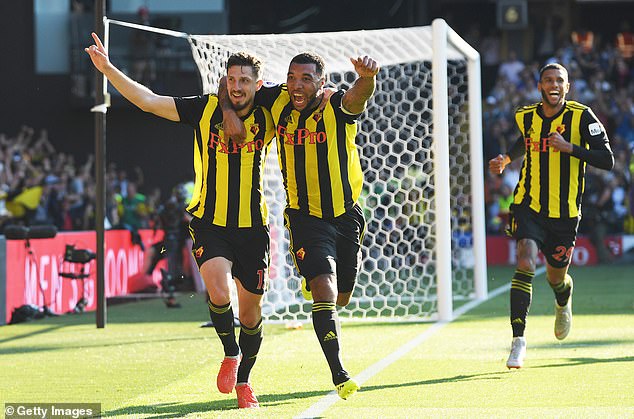 Earlier this summer, Spurs became the first Premier League club to make no new signings in a transfer window since the concept as we know it came into use in 2003.

The north London side had been linked with Jack Grealish but negotiations fizzled out on deadline day after they left things too late, sparking outrage among fans.

And it seems their anger was justified following the club’s poor run of results.

Pochettino’s depleted side have run out of ideas and while their first team doesn’t necessarily need improving, the depth of the squad does. 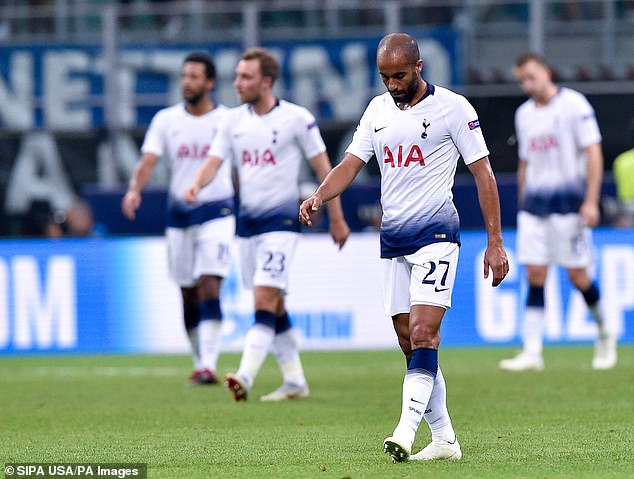