Harry Kane’s lucrative boot deal with Nike has been put ‘on hold’ because of Erling Haaland’s blistering start to the campaign, according to reports.

The England captain and Tottenham star, who has formerly held a contract with the sports brand, was originally set to renew his Nike deal after the World Cup.

However, talks of an extension have reportedly stalled in recent months following Haaland’s impressive and eye-catching arrival at Manchester City.

Even though Haaland is not travelling to Qatar with his native country Norway, major sports brands including Nike are priortising a move for the 22-year-old ahead of the World Cup, according to The Daily Telegraph.

As a result, it is believed Kane’s deal has now been put ‘on hold’, as boot manufacturers prepare to launch bidding war in an effort to lure the former Borussia Dortmund star.

Kane, who clinched the Golden Boot as England made the semi-finals in 2018, has yet to sign a deal with any of Nike’s competitors, such as adidas, New Balance and Puma.

Since arriving at the Etihad for £51million this summer, Haaland has chalked up 11 Premier League goals in just seven matches and found the net three more times in the Champions League. 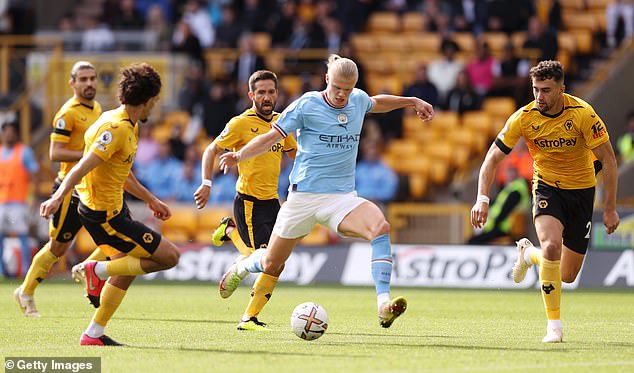 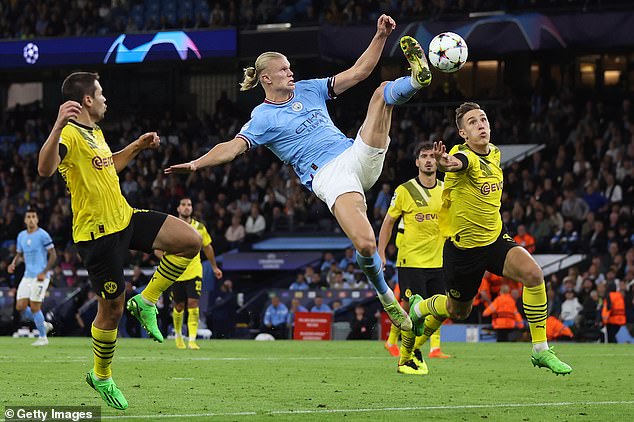 It is said that his fruitful start to the campaign has produced a ‘general fascination’ amongst sports brands, who view him as a major asset to the industry.

Haaland, whose previous boot deal with Nike has now expired, has been sporting a range of different brands so far this season.

Although he has been spotted wearing Nike, notably when scoring his acrobatic goal against former club Dortmund in the Champions League, the forward has also slipped into adidas and Puma boots on occasion.