Harry Maguire STARTS for England against Italy in vital Nations League game despite falling out of favour with Manchester United… the defender hasn’t started a Premier League game for SIX weeks!

Harry Maguire will start for England against Italy this evening despite struggling for game time at Manchester United.

The centre back has been usurped by the impressive Lisandro Martinez and Raphael Varane in the United defence and has not started in the Premier League for six weeks.

Despite his poor club form, Gareth Southgate appears to see Maguire’s leadership and aerial ability as vital to this England side, although he may be looking to protect the 29-year-old by playing him in a back three. 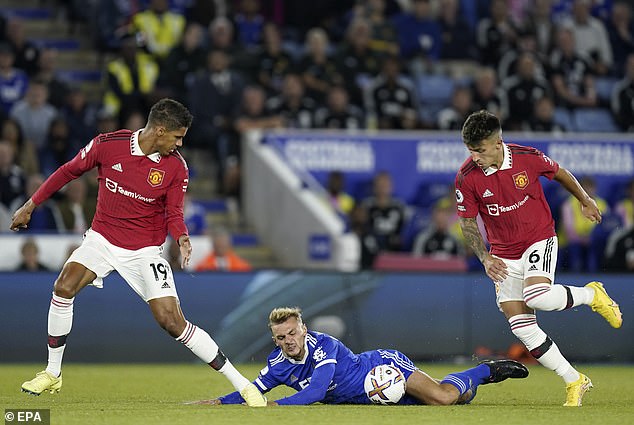 Fans seemed unhappy with the decision to keep the out-of-form United captain in the starting eleven, with one tweeting: ‘Maguire starting over Tomori is a sackable offence.’

Others asked: ‘What cereal competition did Maguire enter?’ And questioned the ‘merit’ he was being picked on.

One supporter looked to see the bright side, commenting: ‘[I] Suppose he’ll be fresh.’

England go into tonight’s game needing a win to avoid relegation in the Nations League following poor results earlier in the tournament. 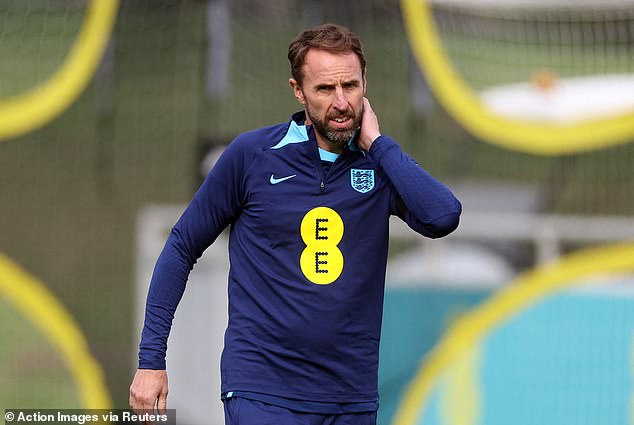 Southgate’s men have failed to win in their lost four games, and suffered a shock 4-0 defeat to Hungary in June.

Today’s game at the San Siro is a key opportunity for England to reassert their status as potential World Cup challengers, especially given they will only play one more game before the start of the Qatar tournament.

Italy come into the match in similarly disappointing form, and will be looking to bounce back after failing to qualify for the World Cup.