An elderly landlady who runs a hotel for the homeless has called on Harry Redknapp to donate some of his I’m A Celeb prize money to her tenants who will be back on the streets if his plans to convert it into luxury flats goes through.

Wendy Hunt, 81, rents the Belgravia Hotel in Bournemouth and sublets the rooms to vulnerable people in need of shelter.

Former football manager Harry Redknapp, 71, and his wife Sandra bought the property for £1.25million in 2016.

They have twice failed to convince the council to let them turn into luxury residences, but a third bid is set to be approved by planning bosses.

It will leave Ms Hunt and her 29 tenants homeless on May 6. 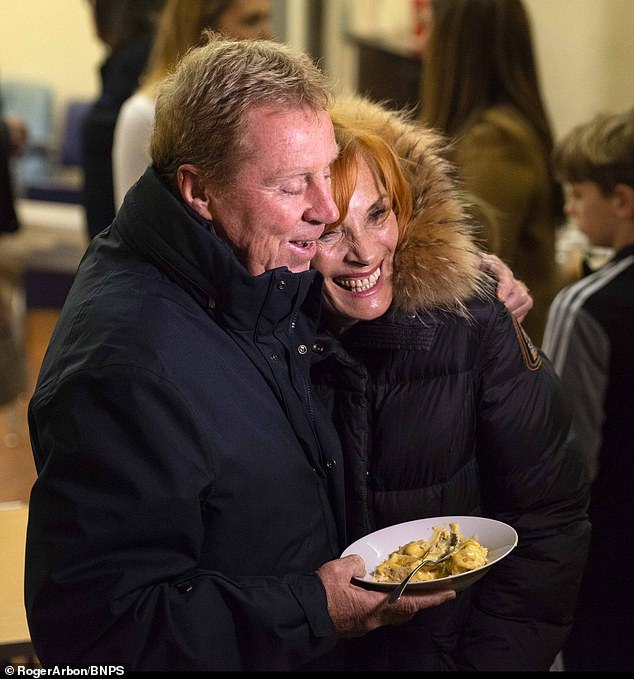 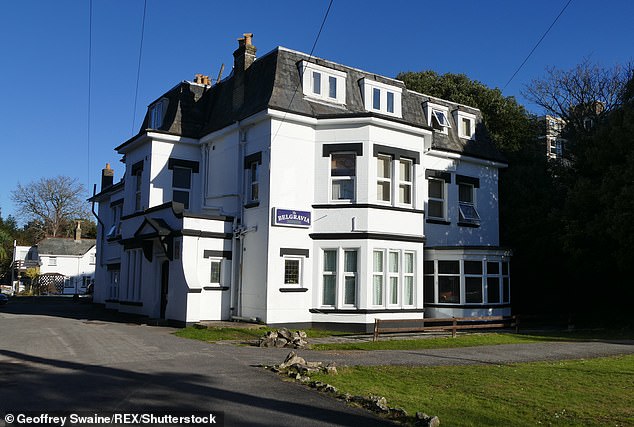 Speaking to The Mirror, 81-year-old Wendy said all of the tenants will be homeless if the former football manager’s plans come to fore.

She said: ‘We did try to get Harry to give them something to help them, but that was turned down.

‘A lot of them are vulnerable. They’ve been here years. I took them without deposits because they were on the streets, so now they won’t have money for a deposit somewhere new.

‘Can’t he do something with the money he won on I’m a Celebrity? He got a lot for that, on top of the money he’s already got. My poor people have got nothing.’ 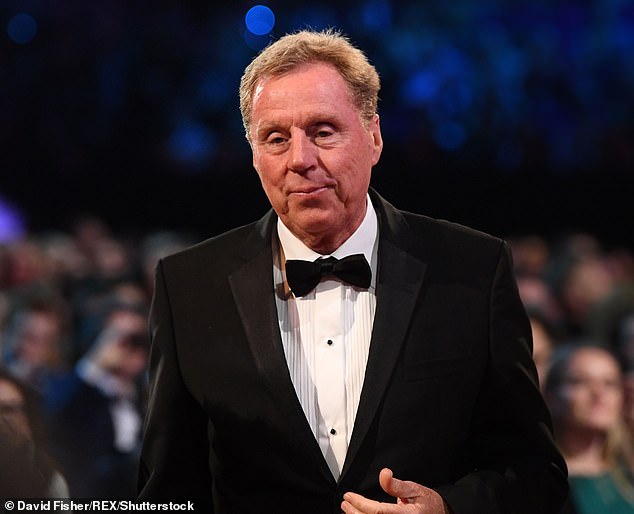 Harry Redknapp (pictured above) purchased the property in 2016 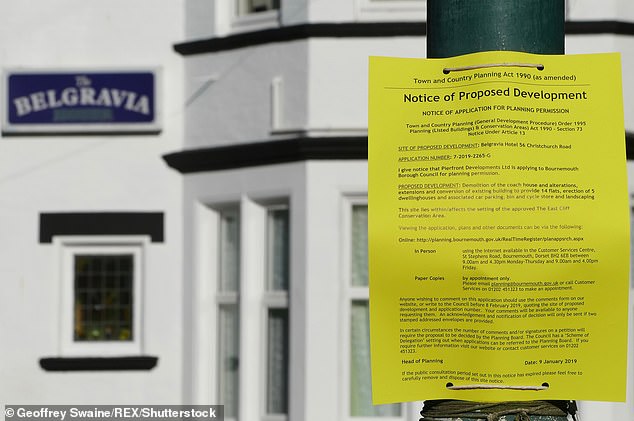 A Notice of Proposed Development (pictured above) outside the Belgravia Hotel

News of the eviction comes just months after Redknapp was pictured handing out jam roly-poly puddings to rough sleepers.

One tenant of the seaside hotel Joanne White, 50, said many of the tenants had sent the star letters and not heard back.

‘All we want to know is if he’s actually aware of what this is going to do to us’, she said.

This is while another tenant, Edward Hyde, 50, added: ‘We just don’t want to be made ­homeless. This isn’t a vendetta. It’s not about us against him. He’s got every right to do what he wants to do.’

Wendy and her husband Gerry have managed the Belgravia as a place for vulnerable people to live since 1988. 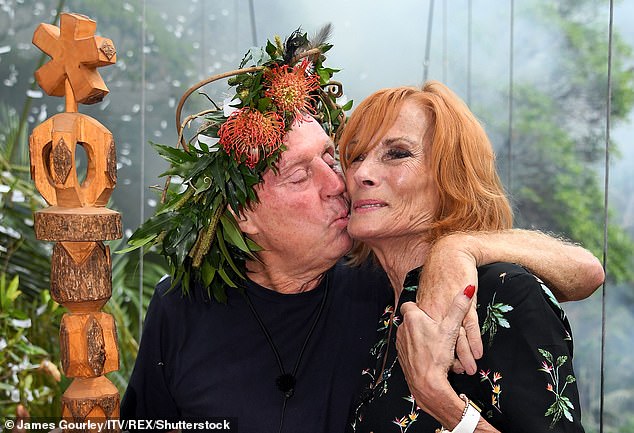 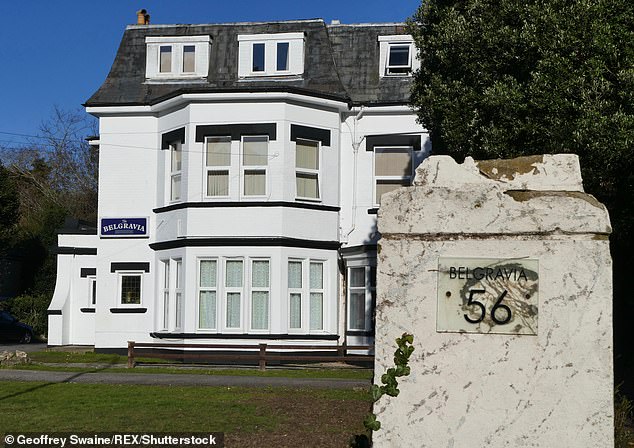 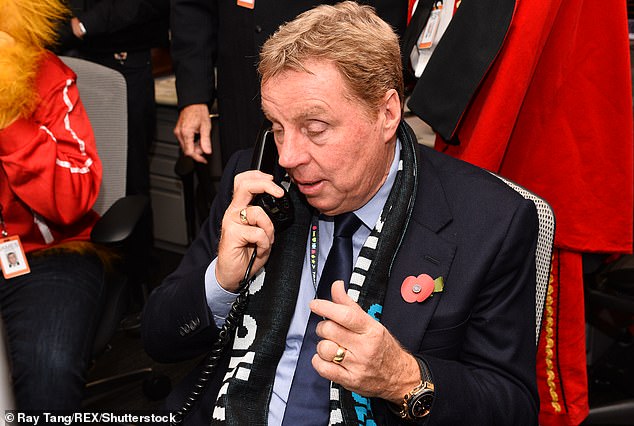 The service offers them a home without references or guarantors and tenants pay just £100 a week including bills.

Accommodation is the same area costs more than double the rates Wendy and Gerry charge, and all local homeless services in the area are believed to be full.

In 2016 former West Ham and Spurs manager Redknapp and his wife Sandra as directors of Pierfront Developments, purchased the property for £1.25million.

The local council had previously turned down plans to demolish the hotel, however it is now set to give the go-ahead to the new flat proposals on Tuesday which would convert the inside of the building to 14 flats and build five mews houses on surrounding land. 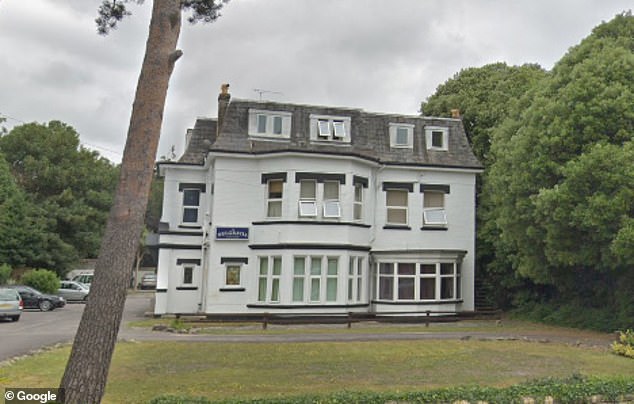 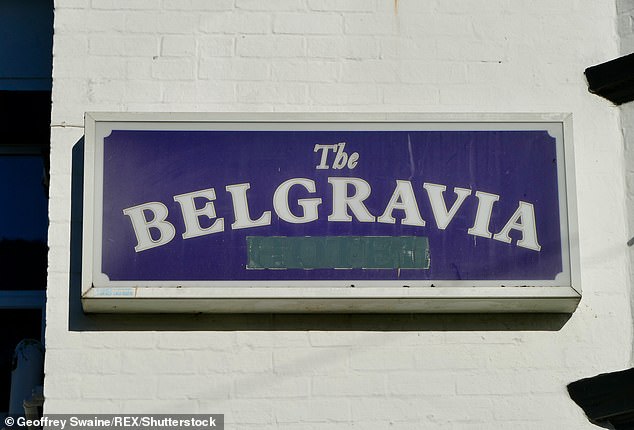 Sub-tenant Edward said he moved in to the property three and a half years ago after losing his job as a hospital porter.

He stressed that he did not qualify for support from the local council, as he was not a high priority candidate.

Wendy and Gerry then offered him a room after a support worker suggested the Belgravia. 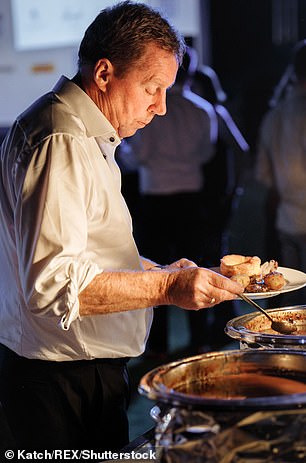 He said: ‘There’s nowhere in this town where you could move in without references, a deposit, and all of that.

‘You’ve got to be perfect to move in somewhere and be a key holder. You also need ­thousands of pounds.

Another resident Trevor Simpson, who moved in after leaving prison, said that No-one really cares about homeless people and that it’s the same across the whole of the country.

He said: ‘Wendy will take anyone here. It doesn’t matter who you are, she’ll help you if you help yourself, and give you a roof over your head.

‘We’ve put objections to the council, but we can’t stop it. All we want is for the council to sit down with Harry, talk things through and let us know where we stand so we can find somewhere to go.

‘There is nowhere else. Even the ASDA car park plays bagpipe music all night to keep people away. Nobody will take anyone without guarantors. Who’s going to guarantee us?

‘I couldn’t live on the street. It would physically kill me. I know eight people who died last year.’

Tenants will be given a month’s notice to leave in writing at the start of April.

However, at the end of last year, Harry was pictured feeding homeless people just down the road at Bournemouth’s Sacred Heart church. 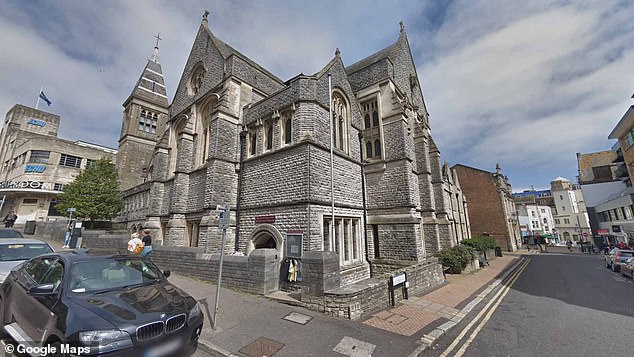 The star grinned as he said: ‘It’s all getting eaten.’

Trevor added: ‘Harry gave out jam roly-poly over Christmas and opened a charity shop the other week. But he’s not come here and spoken to us.’

Fellow tenant Joanne said: ‘I don’t think he’s really taken on board how serious a problem it’s going to be.’

Anton Oosthuizen, 58, who moved in after sleeping rough, said: ‘We don’t blame him.

‘We just want some help to find somewhere else to live. We don’t want to stop his venture. We wish him all the best. We’ve sent our letters to him recorded delivery. Why won’t he listen to us?’

A statement by a planning consultant hired by Pierfront states the Belgravia ‘has been converted to provide self-contained bedsit accommodation. The proposals would formalise the existing residential use and ensure a high standard of residential accommodation can be provided.’

Further correspondence sent by Pierfront Developments Limited to Wendy and Gerry Hunt in January says: ‘Please provide confirmation your clients will immediately provide possession on May 6, 2019.’

Commenting on the issue Bournemouth Borough Council said: ‘We would urge all residents who think they are at risk of homelessness to make contact with the council’s Housing Options Team as soon as possible.

‘Our officers will help them look at rehousing options and make sure they maintain contact with the leaseholder of this property to help enable these timely discussions.’

A source told the Mirror that the application had been delegated to planning officers so, although it has yet to be formally agreed, it was highly unlikely it would be refused.

A spokesman for Redknapp’s firm said: ‘I can confirm Pierfront Developments completed the purchase of the Belgravia Hotel in 2016 with Mr/Mrs Hunt being sitting tenants.

‘In August 2018 Mr and Mrs Hunt signed a consent order, and notice was served in February to vacate the property by May 6. All legal proceedings were dealt with by both representatives’ solicitors.’