‘Droopy eyes and licking his teeth with his tongue’: Harry Redknapp’s son was given away by ‘suspicious’ behaviour at the wheel before tests showed he was ’15 times over drug-drive limit’

The son of Harry Redknapp was given away for driving while high on cocaine by his ‘droopy eyes’, a court heard today.

Mark Redknapp, 48, was pulled over in his Mercedes C63 saloon car when police saw him on his mobile phone at traffic lights.

But officers soon suspected he was on drugs because his eyes were ‘droopy’ and he kept cleaning his teeth with his tongue, it was said.

When told that a roadside test showed he was positive for cocaine, Redknapp told the officer: ‘I do not do drugs, I never have.’

The former company director, who lives in a luxury £2million home close to his father in Sandbanks, Dorset, was arrested and taken to the police station.

A blood test showed Redknapp had a blood level of 749 micrograms of benzoylecgonine, a derivative of cocaine, in his system. The legal limit is 50.

Today, Redknapp went on trial at Poole Magistrates’ Court charged with driving a vehicle while over the specified drug limit.

He arrived in court alongside wife Lucy, 37, and their 19-year-old daughter Molly, who is dating I’m A Celebrity star Malique Thompson-Dwyer.

His father, the ex-Tottenham, West Ham and Portsmouth manager and 2018 winner of TV’s I’m A Celebrity, did not attend.

The court heard Redknapp, the older brother of former Liverpool and England footballer and Sky Sports pundit Jamie Redknapp, was stopped by police at 8pm on April 2 last year in the affluent Canford Cliffs area of Poole.

PC Alex Kimmins said: ‘I went to speak to him from the front passenger seat to avoid traffic.

‘When I looked at him I identified some concerns which gave me suspicion to believe he was driving under the influence of a substance.

‘His eyelids were very droopy and he was using his tongue to clean the inside of his mouth and teeth.’

When he tested positive for the class A drug PC Kimmins said: ‘He said something like ‘I do not do drugs, I have never taken drugs before.”

Phillip Lucas, defending, suggested his client’s eyelids were naturally droopy, that his eyes weren’t bloodshot and that he has no recollection of licking his teeth. 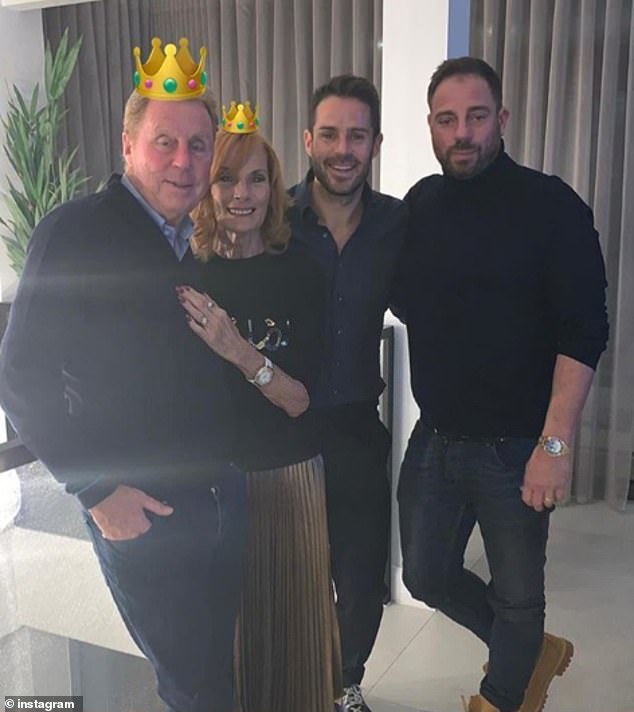 He said to PC Kimmins: ‘I’m going to suggest to you that the defendant’s eyelids are as droopy today as they were on the evening of these events.

‘He doesn’t believe his eyes were bloodshot.’

She said: ‘From what I have seen at the police station they were bloodshot. That’s my recollection on the day.’

PC Kimmins said Redknapp was co-operative and polite throughout his interaction with police.

Redknapp denies the charge of drug driving and the trial continues.

The 48-year-old is alleged to have driven a grey Mercedes C63 in Poole on April 2, 2018 with a blood level of 749 micrograms of cocaine derivative, benzoylecgonine.

Redknapp, from Poole, has pleaded not guilty to the charge.