He was partying in southern Italy over the weekend, but Harry Styles was in rather more mundane surroundings on Tuesday morning.

The 25-year old One Direction star, rumoured to be one of numerous A-list stars in attendance at the extravagant Google Camp party, kept a low profile after venturing out for coffee in a London suburb.

However his vintage-themed outfit, more in keeping with late 70s couture than early 21st century style, ensured he stood out as he made his way onto the pavement.

Hard to miss: Harry Styles caught the eye in an ensemble heavily influenced by the 1970s as he stepped out in London on Tuesday morning

Opting for a pair of distinctive yellow bell-bottoms beneath a simple white T-shirt and blue woolen jacket, the singer – famed for his retro wardrobe – inevitably caught the eye.

With a rakish, floppy baker boy hat further emphasizing his nod to the past, Harry was a distinctive sight as he sipped a takeaway espresso.

The singer added to his look with a pair of simple white Vans trainers, while heavily tinted sunglasses with circular lenses rounded things off. 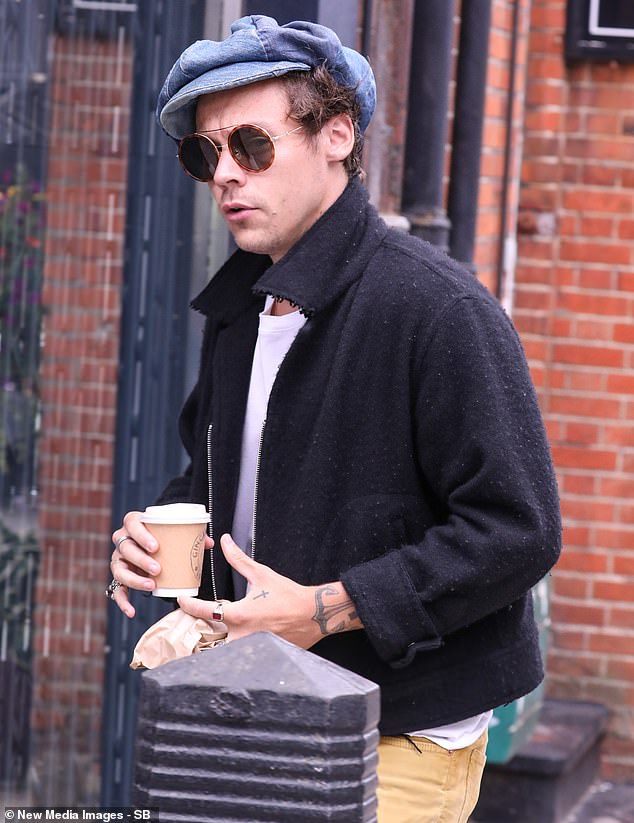 Authentic look: A rakish, floppy baker boy hat further emphasized his nod to the past

Fetching: Opting for a pair of distinctive yellow bell-bottoms, the singer – famed for his retro wardrobe – inevitably caught the eye 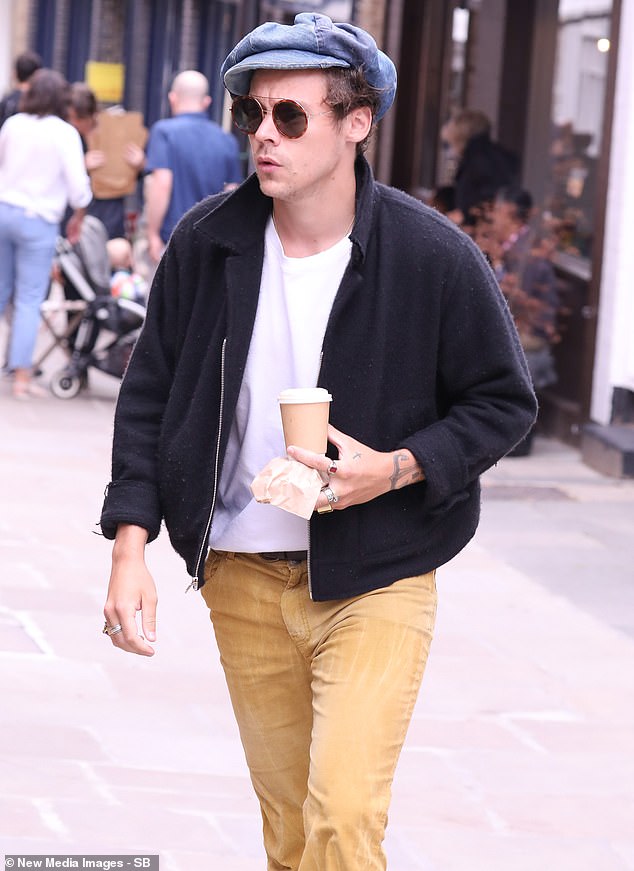 Casual: Harry added to the look with a simple white T-shirt and blue woolen jacket

His latest appearance comes after he spent a reported £8million on a second London property – a purchase which hints that he is set to spend more time in his native UK after a series of extended trips to Los Angeles.

The Georgian semi comes with five bedrooms and boasts eye-catching Liberace-inspired furnishings throughout.

The home, which went on the market for £10 million last autumn, is white stucco in design and also features amenities such as a screening room and games room in the basement.

Harry bought his first property in north London for £3 million in 2012, when he was just 18-years old.

He also owns a £5.81million mansion in the Hollywood Hills and a £6.9million New York apartment – complete with 71-foot indoor pool and a private spa. 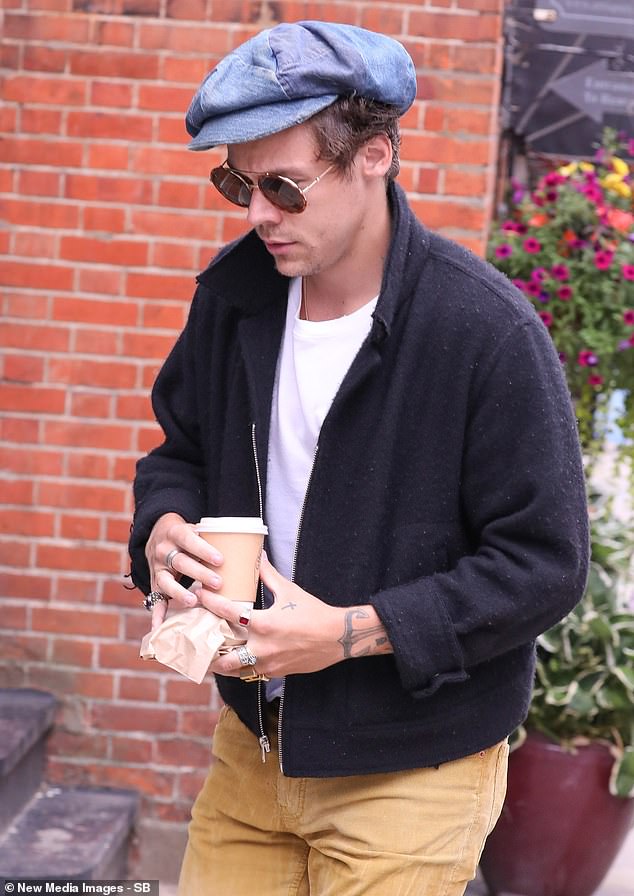 Refreshments: The singer appeared to be starting his day with an espresso coffee

Finishing touches: The singer added to his look with a pair of simple white Vans trainers, while heavily tinted sunglasses with circular lenses rounded things off 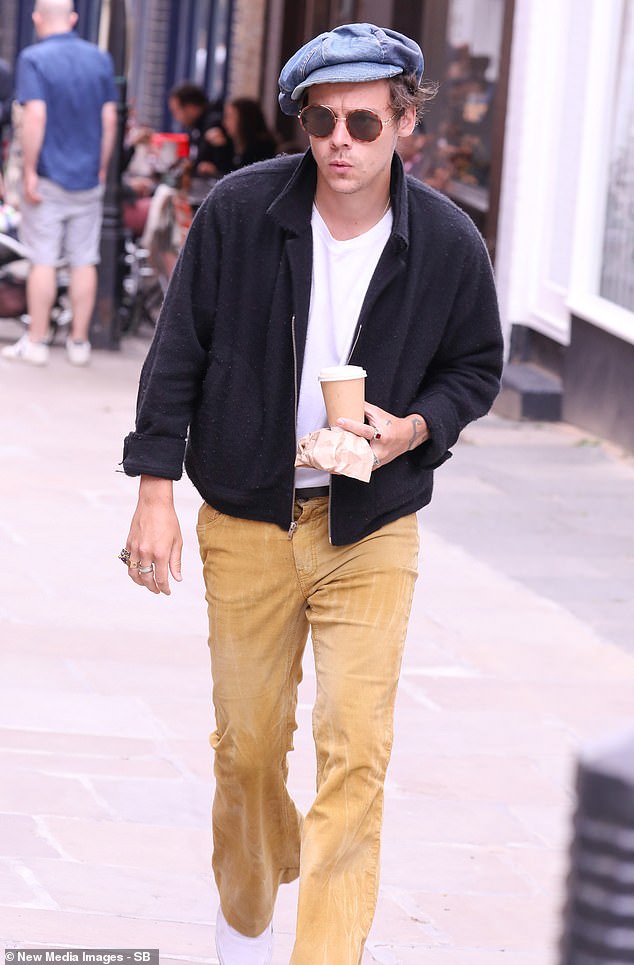 Splashing out: His latest appearance comes after he spent a reported £8million on a second London property

He was thought to be in Italy over the weekend, where guests including Kate Moss, Katy Perry and Orlando Bloom attended the exclusive three-day Google Camp summit.

The event, which takes place annually, is held close to the seaside town of Sciacca on the south-western coast of Sicily.

The singer was seen driving to the camp, which included a lavish dinner at the ruined Temple of Hera with friends Jeff Azoff and Ben Winston.