Fundamental changes are needed to the way in which bailiffs collect debt, a group of charities has said today.

The charities are calling on the Ministry of Justice to introduce an independent regulator to cover bailiffs, to restructure the way bailiffs are paid and to reform the way complaints about them are made.

Changes to the way in which bailiffs operate in England and Wales were introduced in 2014 but the group says they are failing to protect people in financial difficulty.

These reforms state that bailiffs should not enter homes when only children are present, should avoid visiting homes after 9pm or before 6am and shouldn’t take basic domestic items such as a cooker, microwave, refrigerator or washing machine.

They also require bailiffs to give a notice period of seven days before arriving to take control of goods and to prove to a court that there are likely to be goods on the premises before being granted the power to enter.

But the group of charities, including Step Change, Citizens Advice and the Money Advice Trust, found multiple examples of bailiffs acting unfairly and ignoring these regulations.

One example from Citizens Advice was Michael, who lives with his 75-year old disabled father during the week. Michael took his father into town and parked using his blue badge but he then received a parking notice which he challenged. It then rose to £150 and while Michael was contesting the fine a bailiff visited his father’s home and refused to let him contact Michael, instead escorting him to an ATM where he took out more than £400 to pay the fine and the bailiff’s fees.

Another example from Step Change saw Ayesha visited by a bailiff last year who sat her at a computer and told her to apply for a payday loan to repay the rental debt she owed.

In the past six months, of the 1,400 people visited by a bailiff, 24 per cent had tried to arrange to repay the debt over the phone first but the bailiff had insisted on visiting their property, which the report suggests is because bailiffs earn more money through home visits.

A further 17 per cent said they weren’t contacted before the bailiff turned up at their door.

The charity Step Change said one in six of its clients had been visited by a bailiff in the past year and half said they had been treated unfairly and 16 per cent said they felt forced to take out more credit to meet the bailiff’s demands.

Research from The Money Advice Trust showed that local authorities, which are the largest users of bailiffs to collect debts such as council tax, parking penalty charges and business rates, passed 2.1 million debts to bailiffs between 2014 and 2015, a 16 per cent rise on two years previously.

The group has recommended several changes to the way bailiffs are allowed to operate which it says need to be addressed during the three-year review of the 2014 reforms. 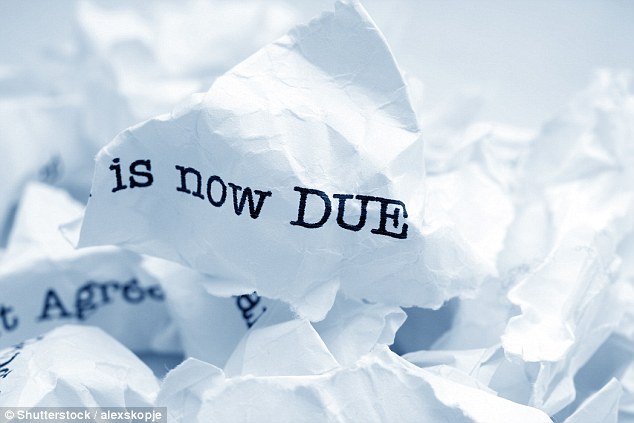 It says there needs to be an independent regulator of the bailiff industry and a free, clear, transparent and accessible complaints procedure. It’s also asking for a clear, simple and universally applicable procedure to suspend action by bailiffs and a restructuring of the way bailiffs are paid.

Across the bailiff industry it says there needs to be a prescribed and consistent framework for agreeing affordable loan repayments and new procedures set up to identify and protect vulnerable people. It has also said creditors and especially local authorities need to ensure that bailiffs are only ever used as a last resort.

The report has now been given to Secretary of State for Justice Liz Truss and a new website, Bailiffreform.org, has been set up where people can share their experiences.

Joanna Elson OBE, chief executive of the Money Advice Trust, said: ‘Concerns over the impact of the bailiff’s knock at the door have long been raised by debt advice charities, based on the experiences of our clients week in, week out.

‘Unfortunately, changes to the law in 2014 have failed to protect people in debt from poor practice, and we continue to see widespread problems with the behaviour of bailiffs and bailiff firms. In its three-year review, the Government now has the opportunity to deliver the fundamental bailiff reform that is needed to resolve these problems.’

Mike O’Connor CBE, chief executive of Step Change, added: ‘Our research shows that the 2014 bailiff reforms are not working.

‘The reforms have not delivered the improvements that are needed and they are failing some of the most vulnerable people in our society. The government must act to stop people being treated unfairly. Independent regulation and a free, clear, transparent and accessible complaints procedure are among the key changes that are needed now.’

‘Local authorities have a key role to play in stamping out bad practices – by treating people in arrears fairly and ensuring bailiffs are only ever used as a last resort.’

Today’s report follows on from a warning earlier this month from Citizens Advice that doorstep lenders are breaking the Financial Conduct Authority’s rules. It said online lenders that send people door to door to collect repayments have been accused of harassing borrowers and pressuring them into taking on more debt.

The charity warned that it had seen evidence of some doorstep lenders taking advantage of their position and putting people at risk of serious debt problems.

The evidence uncovered by Citizens Advice has been submitted to the FCA, as part of its review into the high cost credit market. The charity is calling for the FCA to extend the cap on payday loan interest rates and fees to other areas of the market.