A Harvard law professor believes that homeschooling can be ‘dangerous’ because it gives parents authoritarian control over their children.

More than 50 million children in the United States are at home due to the coronavirus pandemic that forced the shut down of schools, restaurants and bars, and other businesses deemed non-essential.

While states are developing plans to slowly reopen, it’s unclear if that will take weeks or months, which means children will likely be at home for the remainder of the 2019-2020 school.

And Harvard law professor, Elizabeth Bartholet, believes that is a ‘dangerous’ thing.

In the May-June issue of Harvard Magazine, Bartholet speaks about her thoughts on children being homeschooled by their parents or guardians.

Harvard law professor, Elizabeth Bartholet (pictured), believes that homeschooling can be ‘dangerous’ because it gives parents authoritarian control over their children

‘The issue is, do we think that parents should have 24/7, essentially authoritarian control over their children from ages zero to 18?’ Bartholet asked.

‘I think that’s dangerous. I think it’s always dangerous to put powerful people in charge of the powerless, and to give the powerful ones total authority,’ she said.

Bartholet explained her reasoning by pointing at the possibility of children being abused while at home, especially since teachers are ‘mandated reporters’ if they suspect child abuse.

‘Teachers and other school personnel constitute the largest percentage of people who report to Child Protective Services,’ Bartholet told the magazine, adding that none of the 50 states requires homeschooling parents to be checked for prior reports of child abuse.

Bartholet also said that that there needs to be regulations that ensure homeschooled children receive a meaningful education equivalent to that required in public schools.

‘From the beginning of compulsory education in this country, we have thought of the government as having some right to educate children so that they become active, productive participants in the larger society,” she told Harvard Magazine. 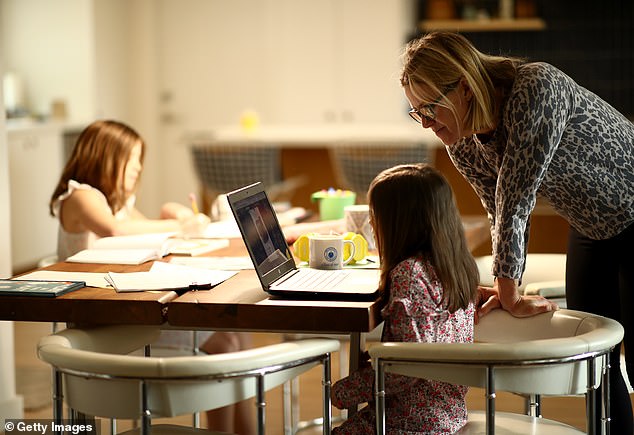 ‘But it’s also important that children grow up exposed to community values, social values, democratic values, ideas about nondiscrimination and tolerance of other people’s viewpoints,’ she added.

Shortly after the article was published, several people, including those who were homeschooled themselves, criticized Bartholet’s remarks.

Harvard graduate, Melba Pearson, who says she was homeschooled until she went to college, called it ‘an attack on the fundamental rights and freedoms that make our country (and until recently, institutions such as Harvard) what they are’.

Pearson wrote in an article published on Medium that: ‘The idea that a government, already so inefficient and inadequate in so many areas, can care for and educate every child better than its parent is wrong.’

‘Additionally, this anti-homeschooling narrative coming out of Harvard is completely contradictory to its recent crusade of “diversity,” “inclusion,” and “acceptance”,’ Pearson added.

Director of School of Choice at the Reason Foundation, Corey A. DeAngelis, tweeted: ‘The elites are terrified that families are figuring out they can educate their own children at home.’

In a follow up tweeted DeAngelis added: ‘They are coming after your right to educate your own children at home.’