Harvey Elliott gifted his Liverpool match shirt and a worn boot to a young boy in hospital after suffering a horror ankle injury just a few hours before.

The 18-year-old suffered a suspected dislocated ankle around the hour mark in his side’s 3-0 win at Leeds United on Sunday in the Premier League.

He suffered the injury after a strong tackle from Leeds defender Pascal Struijk, who was consequently sent off by referee Craig Pawson. 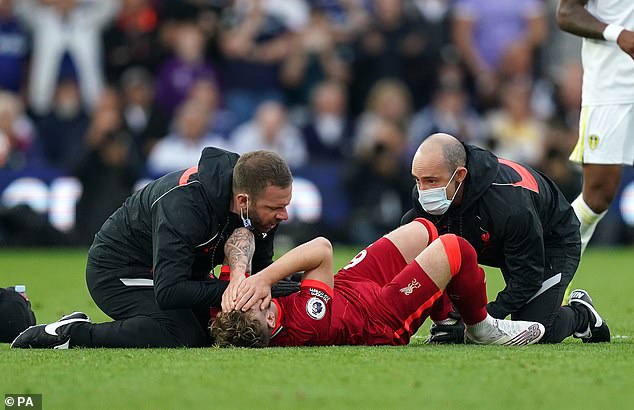 England youth international Elliott meanwhile was admitted to Leeds General Infirmary hospital, where – having impressed so far on the pitch this season – he made a remarkable gesture off it.

Twitter user @jaytothelo posted a screenshot of a message that read: ‘My son has just broke his arm at a footy game this afternoon.

‘Who comes in on next bed to him… Harvey Elliott and his family. Gives him his LFC top from game and his shoe. Son’s buzzing now.’

The Reds have confirmed that Elliott has now been discharged from hospital to return home with his family. 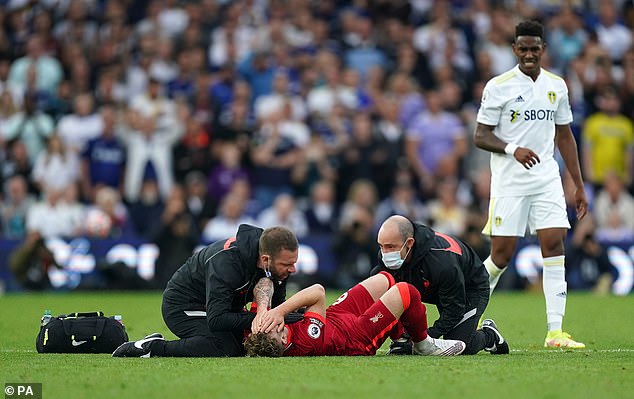 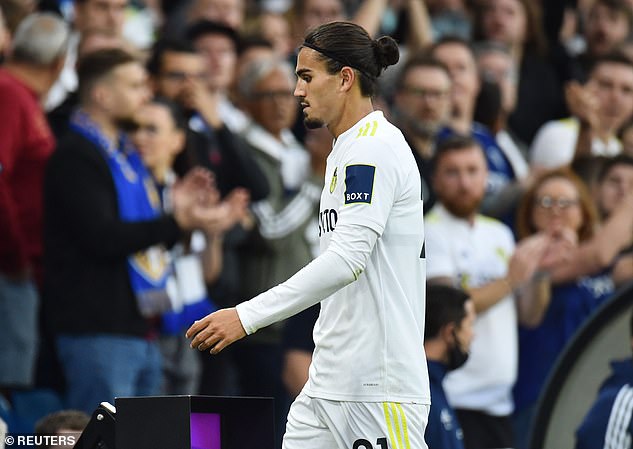 A statement read: ‘The 18-year-old was stretchered from the field at Elland Road after sustaining the injury in a challenge midway through the second half.

‘Elliott will be required to undergo surgery in the coming days and the club will offer a further update on his prognosis in due course.

‘Harvey, his family and Liverpool FC would like to place on record their thanks to the paramedics and all the staff at Leeds General Infirmary for the care and treatment given.’

According to The Athletic, it is believed Elliott will undergo surgery on Tuesday and begin the rehab process shortly after.

The injury comes as a blow to the youngster, who has burst onto the season this season – making four appearances for the Reds. 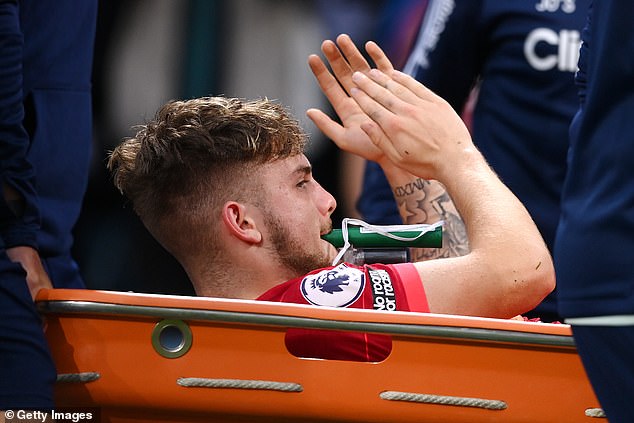 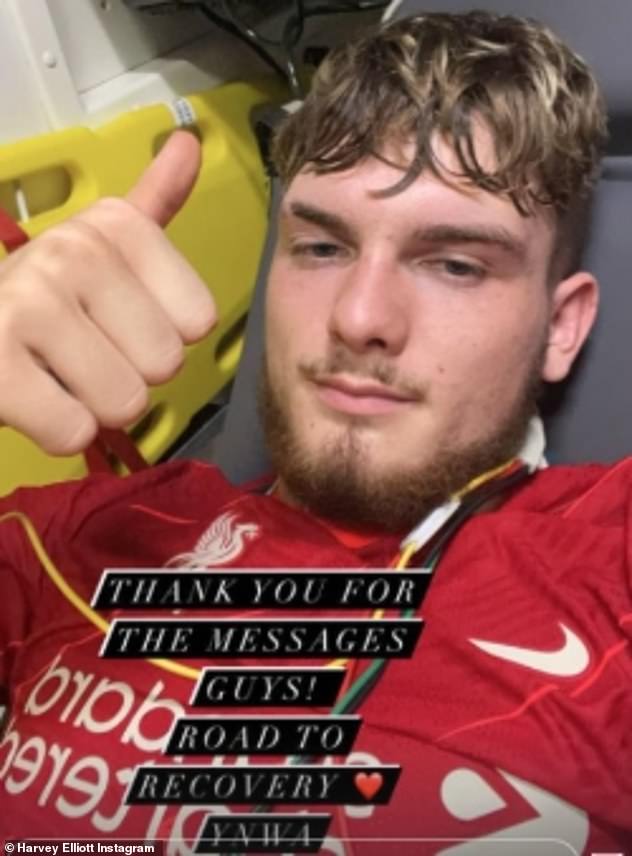 Elliott posted on Instagram shortly after the incident, saying he was on the ‘road to recovery’

Sky Sports did not show a replay of the challenge due the graphic nature of the injury, as Liverpool’s medical team, Dr Jim Moxon and head physio Chris Morgan, were subsequently forced to take action after Elliott was heard screaming for help on the pitch following the tackle.

Moxon and Morgan were able to put Elliott’s ankle back into place on the pitch before he was taken to hospital for further assessment as players from both teams waited anxiously on the pitch.

But as he was taken off on a stretcher, fans of both clubs applauded Elliott, with the former Fulham youngster able to give a wave of acknowledgement, and he later posted on Instagram: ‘Thank you for the messages guys! Road to recovery. YNWA.’ 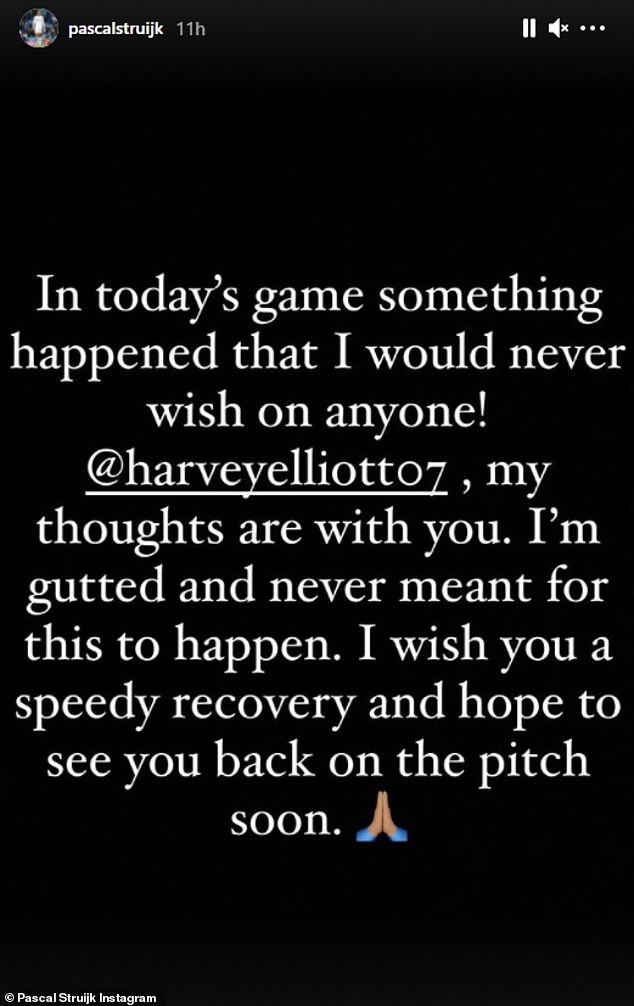 Leeds defender Struijk meanwhile has said that he is ‘gutted’ about the situation and that he ‘would never wish’ such an injury on anyone.

Struijk took to Instagram to say: ‘In today’s game something happened that I would never wish on anyone.

‘Harvey Elliott, my thoughts are with you. I’m gutted and never meant for this to happen. I wish you a speedy recovery and hope to see you back on the pitch soon.’