Liverpool new boy Harvey Elliott has apologised after a video emerged of him calling Harry Kane a ‘f*****g m***g’ while offensively impersonating the Tottenham striker earlier this summer.

Elliott, who joined Liverpool this summer from Fulham at just 16 years of age, impersonated the England captain during Tottenham’s defeat in the Champions League final to the Reds.

In the video, originally filmed on Snapchat, Elliott is heard offensively mimicking Kane while swearing at his Premier League rival. It has received huge critics and he has since ‘wholeheartedly’ apologised for the offence caused. 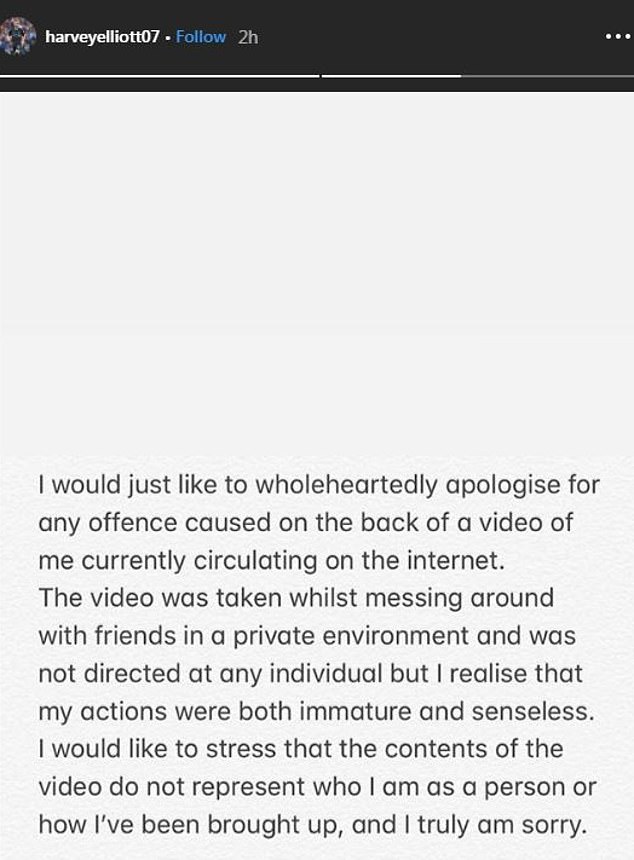 After Liverpool’s pre-season victory over Lyon on Wednesday, the teenage winger wrote on Instagram: ‘I would just like to wholeheartedly apologise for any offence caused on the back of a video of me currently circulating on the internet.

‘The video was taken whilst messing around with friends in a private environment and was not directed at any individual but I realise that my actions were both immature and senseless.

‘I would like to stress that the contents of the video do not represent who I am as a person or how I’ve been brought up, and I am truly sorry.’

Elliott will be desperate to put this in the past as he looks to focus on his career with Jurgen Klopp’s Liverpool. 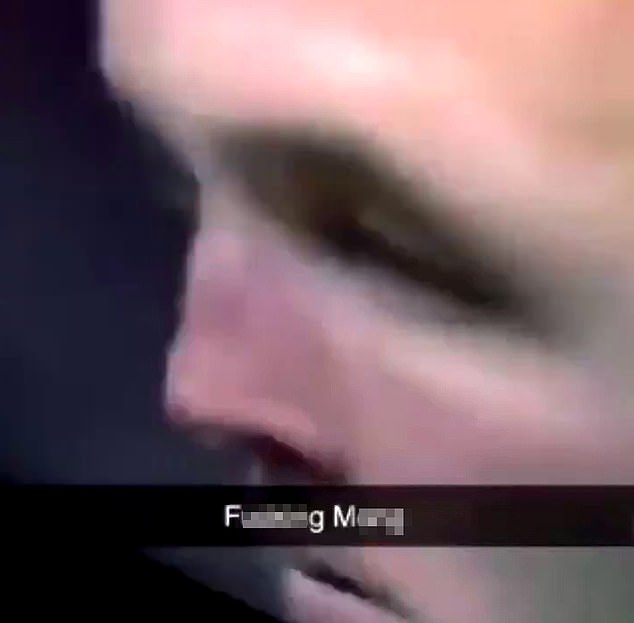 Elliott, who had reportedly also attracted interest from Barcelona, Real Madrid and RB Leipzig before signing for Liverpool, is set to be shipped out to gain regular game time – according to Sky Sports.

After making his debut for Liverpool in their recent pre-season defeat against Napoli on Sunday, Klopp later labelled Elliott ‘a fine, fine footballer’.

‘I can say many positive things about the boy because we have signed him and he decided to join us when he could have gone pretty much anywhere,’ the German boss said.

‘He wanted to be part of Liverpool because of his talent. Now that he is here, let’s work with him. He needs game time, we have to see where he will get that.

‘He is obviously a fine, fine footballer – that is the reason why we were really interested.’ 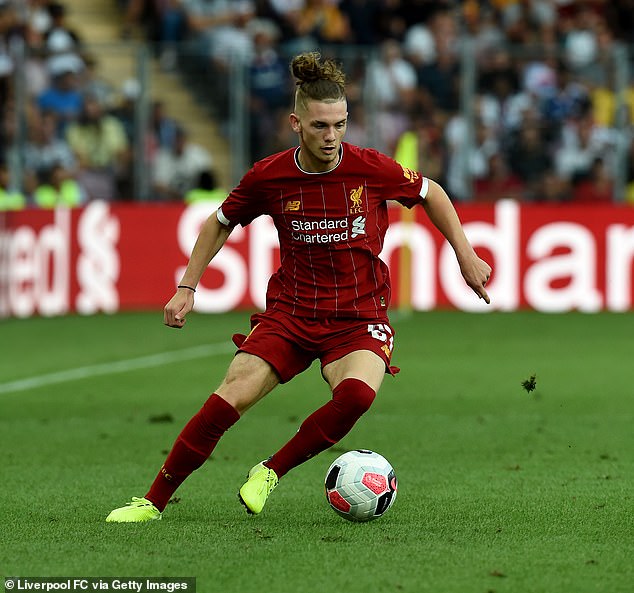 Elliott, tipped for a bright future, signed for Liverpool from Fulham this summer at the age of 16