Prosecutors could call on dozens of women to take the stand against Harvey Weinstein.

Taking the lead of the Bill Cosby sexual assault trial, Manhattan officials are contacting women from around the world to testify against the 66-year-old film mogul.

According to sources, they want to use the victims’ accounts to ‘paint the picture’.

Comedian Bill Cosby, 80, was found guilty of sexual assault in April but was initially spared conviction at his first trial, which saw just one accuser testify.

However, in the second trial five more women testified against him and he was convicted.

Now, prosecutors apparently want to employ the same tactic to secure a conviction against Weinstein, even though the mogul has only been charged with sexually assaulting two women.

Sources told the New York Post that prosecutors want to use as many accounts as they can in the grand jury proceedings and later at the trial.

One source said: ‘They’d like all these people to be allowed to testify like Cosby, although, ultimately, that would be up to a judge.’ 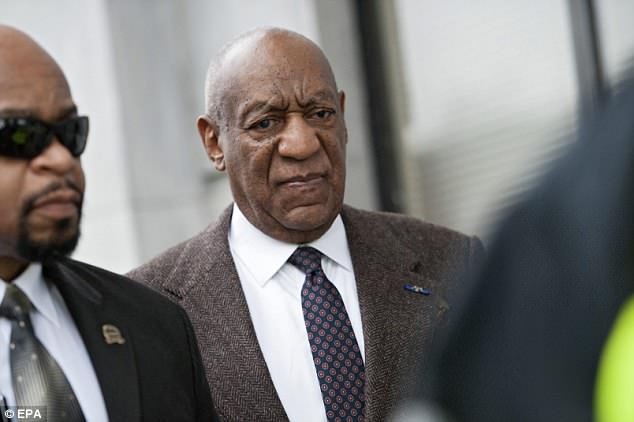 Prosecutors could call dozens of Weinstein’s accusers to take take stand to secure a conviction, after taking inspiration from the trial of Bill Cosby (pictured)

Weinstein’s lawyer, Ben Brafman, was critical of the plan and dismissed it as desperate.

He also told The Post that the charges against his client include a ‘truly crazy’ rape allegation from a woman who Mr Weinstein had a ten-year ‘consensual’ affair with.

He said the affair took place both before and after the ‘rape’.

The grand jury has been meeting for a few weeks and prosecutors are being cautious, according to the source.

DA Cyrus Vance Jr.’s office is in charge of the case, having failed to prosecute former International Monetary Fund chief Dominique Strauss-Kahn for the alleged rape of a hotel maid in 2011. 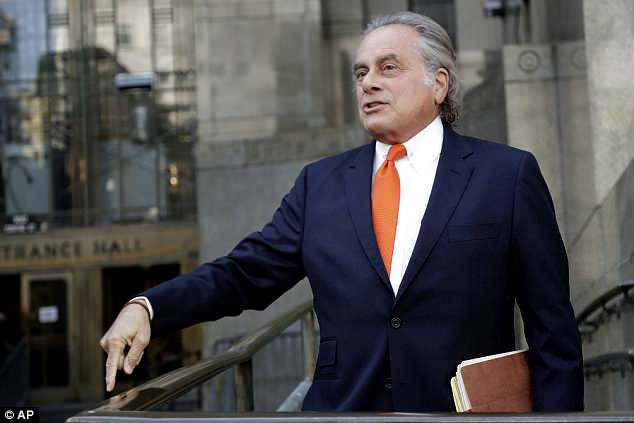 The DA has also faced criticism for failing to prosecute Weinstein three years ago, when Italian model Ambra Battilana Gutierrez said she was assaulted by him.

Weinstein has repeatedly said he is innocent of any crime.

Former actress Lucia Evans is set to testify against the producer and said that Weinstein forced her to perform oral sex on him while they were in his office in 2004.

Meanwhile, the second woman pressing charges against Weinstein says that he raped her twice in one night at the DoubleTree hotel in Midtown, New York in 2013. 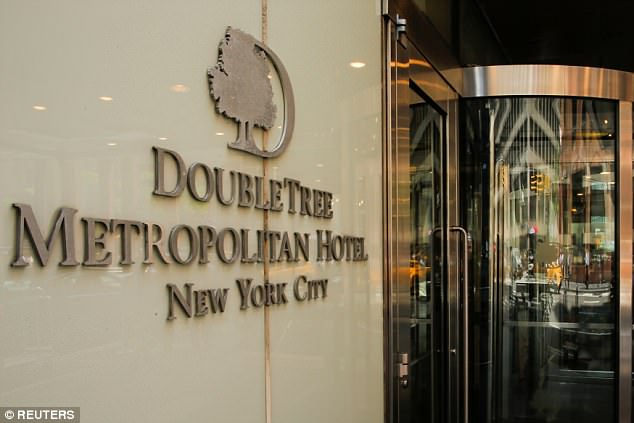 Two women have brought rape charges against Weinstein, with one saying she was raped twice in one night by the mogul at the the DoubleTree hotel in New York

Brafman dismissed both of the charges and claimed that they would be discredited ‘quickly’.

Weinstein turned himself in to police on Friday and is currently out on a $1 million bail.

He faces up to 25 years in jail if he is convicted.

Prosecutors are also reportedly trying to build mount a financial-fraud case against the producer.