Harvey Weinstein was planning to have a film documentary made about him before he turned himself in to New York City police on Friday, it has been reported.

The disgraced film producer reached out to associates in Hollywood to help him make a movie in which he would give a defense against the allegations made by scores of women, Page Six reported.

‘He’s been trying to get a documentary done on himself,’ a film industry source told Page Six.

‘He wanted to make a film he could control — he’d been calling people.’

But a spokesperson for Weinstein denied that such a project was ever in the works.

‘He isn’t interested in a documentary about his experience,’ a source close to Weinstein told Page Six. ‘Didn’t happen.’

Harvey Weinstein was planning to have a film documentary made about him before he turned himself in to New York City police on Friday, it has been reported 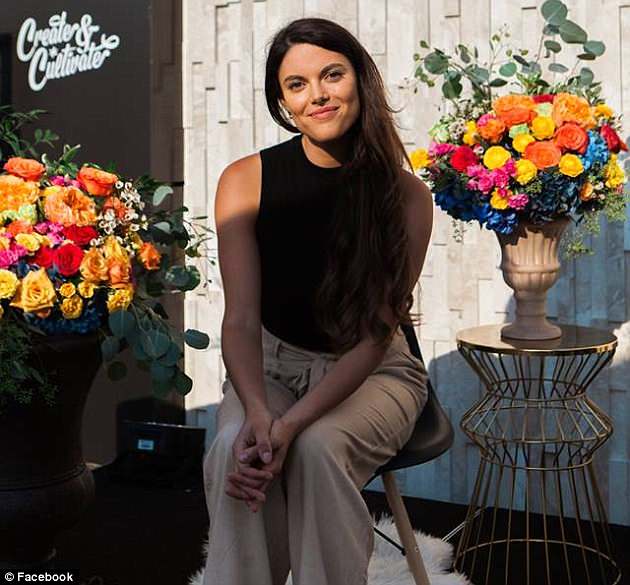 The Hollywood source told Page Six that Weinstein was pitching the documentary under the assumption that the scandals surrounding his behavior with women would end.

‘He kept saying “When this is over…”,’ the source said.

Scores of women have accused of sex crimes ranging from harassment to stalking to rape.

Weinstein appeared in handcuffs in a New York court on Friday to face charges of rape and other sex crimes against two of the scores of women who have accused him of misconduct, ending his reign as a Hollywood kingpin.

Weinstein, the 66-year-old co-founder of the Miramax film studio and the Weinstein Co, intends to plead not guilty to the charges, his attorney, Benjamin Brafman, told reporters outside the Manhattan courthouse.

Prosecutors charged him with two counts of rape and one count of a criminal sexual act following a months-long investigation with the New York Police Department.

HARVEY WEINSTEIN FACING UP TO 54 YEARS IN PRISON ON CHARGES

If convicted on the most serious charges, Weinstein could face between five and 25 years in prison.

One of the women accusing Weinstein, Lucia Evans, claimed that she was forced to perform oral sex on him at the then-Miramax offices in Tribeca.

The second woman worked with Weinstein when she claims he forced himself on her at the DoubleTree Hilton in Manhattan.

Evans confirmed the fact that she was one of the woman who helped bring charges against Weinstein in an interview with The New Yorker on Thursday, saying: ‘At a certain point, you have to think about the greater good of humanity, of womankind.’

Weinstein has been accused of sexual misconduct by more than 70 women, with some of the allegations dating back decades. He has denied ever having nonconsensual sex.

The accusations, first reported last year by the New York Times and the New Yorker, gave rise to the #MeToo movement, in which hundreds of women have publicly accused powerful men in business, government and entertainment of sexual misconduct.

‘This defendant used his position, money and power to lure young women into situations where he was able to violate them sexually,’ prosecutor Joan Illuzzi said at Weinstein’s arraignment on Friday in Manhattan Criminal Court.

Weinstein, wearing a dark jacket over a blue sweater and white open-collared shirt and dark jeans, appeared pale, and stood next to Brafman, staring into the middle distance with his mouth ajar while prosecutors described a bail agreement.

Judge Kevin McGrath ordered Weinstein released on $1 million cash bail and the case was adjourned to July 30. Weinstein surrendered his U.S. passport and agreed to wear a monitoring device that tracks his location, confining him to the states of New York and Connecticut.

Weinstein earlier turned himself in at a lower Manhattan police station around 7:25am local time.

He carried thick books under his right arm, including biographies of Broadway musical duo Richard Rodgers and Oscar Hammerstein II, and Elia Kazan, the director of A Streetcar Named Desire and other classic Hollywood films.

About 90 minutes later, Weinstein was led by officers into court in handcuffs, grimacing, with his head bowed and his books nowhere in sight.

Speaking to reporters after the hearing, Brafman signaled he would defend Weinstein by undermining the credibility of his client’s accusers.

A jury would not believe the women, Brafman said, ‘assuming we get 12 fair people who are not consumed by the movement that seems to have overtaken this case.’