The Southern District of New York attorney’s office is examining whether Weinstein lured any of his alleged victims across state lines to commit a sex crime – a federal offence.

Weinstein’s attorney Ben Brafman confirmed he’s met with prosecutors, and plans o meet again ‘in an attempt to dissuade them from proceeding.’

‘Mr. Weinstein has always maintained that he has never engaged in nonconsensual sexual acts,’ Brafman said in a statement to the Wall Street Journal.

It is unusual for federal prosecutors to get involved with sexual assault allegations outside of sex-trafficking and child exploitation charges.

Sources claim that federal investigators are stepping in amid frustration over local prosecutors’s lack of action.

The NYPD say they have been ready to arrest Weinstein for months, but the Manhattan District Attorney’s office has yet to sign off it.

‘We’re ready to go with an arrest,’ a senior police official told The Daily Beast in March.

But they have been unable to proceed without the approval of Manhattan District Attorney Cyrus Vance who has been roundly criticized for his handling of the case.

Police Chief Boyce said investigators have been working diligently with women who have alleged Weinstein raped them. The investigation began after a report in October by ‘Boardwalk Empire’ actress Paz de la Huerta, who said she Weinstein raped her twice in 2010. She also spoke publicly.

In another incident in New York, Lucia Evans’ account was detailed in Ronan Farrow’s bombshell New Yorker expose in 2017.

Evans said she was a college student interested in an acting career when she met Weinstein at the Cipriani Upstairs nightspot in 2004.

She told Farrow, and the NYPD’s Special Victims Unit, that Weinstein forced her to perform oral sex during a daytime meeting at his office.

Paz de la Huerta (left) and Lucia Evans (right) have worked with the NYPD’s Special Victims Unit regarding their allegations of rape and sexual assault by Harvey Weinstein, and the NYPD says they are ready to make an arrest

SVU has also been speaking to de la Huerta.

Evans’ case is apparently the stronger of the two cases being pursued, however detectives found both women believable.

Detectives have since traveled to Paris and Los Angeles to interview de la Huerta and others.  They have sought cellphone, business and medical records. Witnesses were prepared to testify before a grand jury, which would determine whether Weinstein is indicted, Boyce said. The proceeding is secret.

‘We’ve accumulated quite a bit of evidence,’ Boyce said.

Prosecutors have said they are taking the investigation seriously.

In a previous case in New York, the District Attorney declined to prosecute Weinstein despite model and actress Ambra Battilana Gutierrez in 2015 wearing a wire tap to meet with him. She accused Weinstein of groping her during a meeting.

‘I won’t do it again,’ Weinstein can be heard telling Battilana, admitting he had done it to her before.

Vance ultimately decided there wasn’t enough proof and didn’t bring a case. Following criticism over the decision last year, prosecutors said police arranged the sting without their knowledge and there were other proof issues, but police pushed back saying they’d presented enough evidence.

‘How much longer can they let it linger?’ said Michael Bock, who investigated Weinstein as a supervisor for the NYPD’s Special Victims Division before retiring last year. ‘We believe he should be arrested.’ 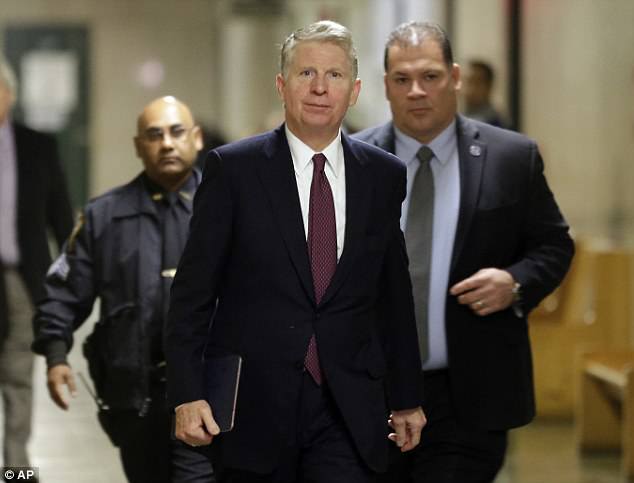 The NYPD said in March they were ready to arrest Weinstein, but the case is in the hands of Manhattan DA Cyrus Vance (pictured)

In March, Gov. Andrew Cuomo directed the New York attorney general to review how Vance’s office and the NYPD handled the 2015 investigation.

Vance branded the review ‘an unwarranted intrusion by an elected executive into a charging decision by an independent prosecutor.’

Weinstein’s attorneys have said he denies any claim of non-consensual sex, and that they would respond in any ‘appropriate legal forum, where necessary.’

Manhattan federal prosecutors had already been investigating fraud allegations against Weinstein regarding a charity auction. But the probe has widened to include the sexual misconduct allegations, sources said.

The revelation comes days after actress Asia Argento gave a poignant speech at the Cannes Film Festival on Saturday claiming she was raped.

‘In 1997, I was raped by Harvey Weinstein here at Cannes. I was 21 years old,’ Argento told the ceremony as she presented an award alongside filmmaker Ava DuVernay.

‘This festival was his hunting ground,’ she said, adding that Weinstein ‘will never be welcomed here ever again.’ 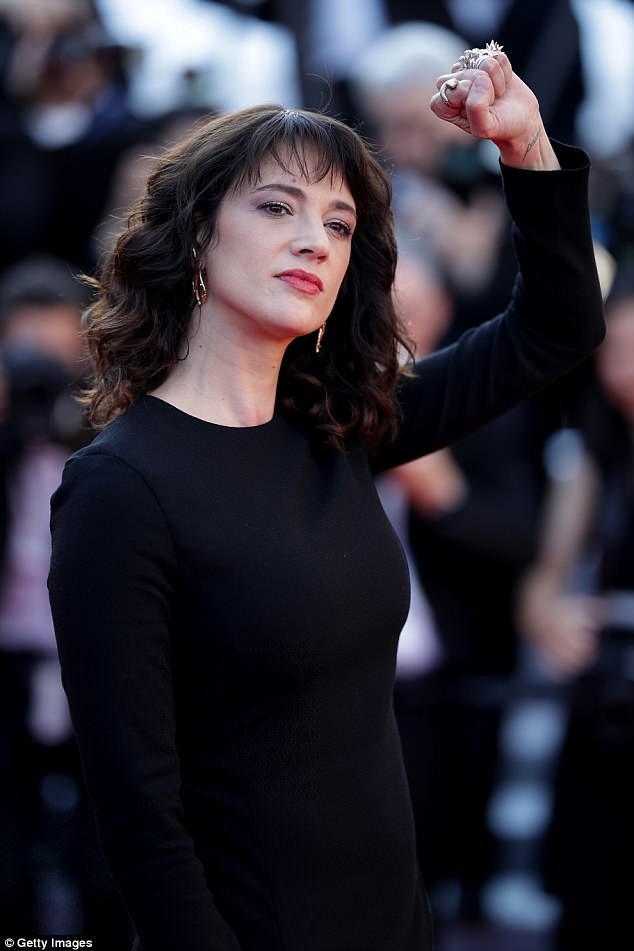 ‘He will live in disgrace, shunned by a film community that once embraced him and covered up for his crimes.’

Then Argento alleged that there were sexual predators among those in the audience listening to her speech.

‘And even tonight, sitting among you, there are those who still have to be held accountable for their conduct against women, for behavior that does not belong in this industry, does not belong in any industry or work place,’ she said.

‘Mr. Weinstein and Ms. Argento had a consensual relationship; Ms. Argento then starred in Mr. Weinstein’s film B. Monkey in 1998, in which Argento was excellent, and she herself said was a fantastic role for her,’ Cusano said in a statement to NBC News.

‘After that, she wrote a script for Mr. Weinstein about Italian director Vittorio De Sica that he wishes could have been produced.

‘This is clearly a painful moment for Ms. Argento, but it is a false narrative.

‘Harvey has only respect for her and wishes her well,’ Cusano said.

Cusano’s quotes appeared to anger Argento, who tweeted: ‘Note to media: stop asking Spa Boy or his representatives for ‘comment’ every time you write an article about me or my fellow survivors. Rape and sexual assault is the only violent crime where the media plays this stupid charade.’

Journalism ethics require news organizations to seek comment from any party who is accused of wrongdoing.