Think back to when you were growing up and it came to choosing what team to support.

It may have been chosen for you by your mum or dad, or where you came from, or which side was most successful.

And for many, that is still how it is today. But not for the seven million people who follow Hashtag United. That’s right, seven million, supporting a club that did not exist three years ago. 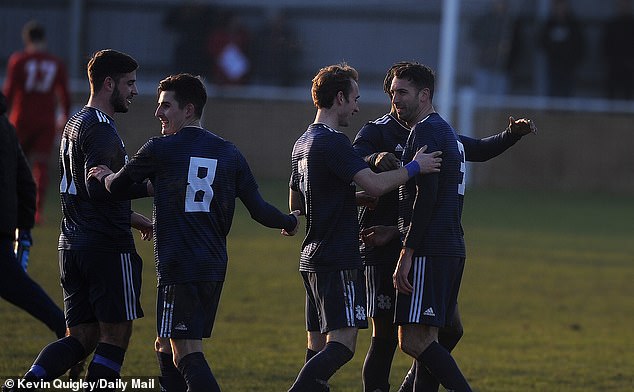 While many fans have never heard of them, for millions of kids worldwide, Hashtag, a club created on YouTube by two brothers, is their No 1 team.

‘It all started with a charity game with our mates in memory of our friend Joe, who died of leukemia and we just filmed it. It wasn’t filmed very well but it got a million views,’ says Seb Carmichael-Brown, who with his brother Spencer, had already amassed millions of views from making videos about the computer game FIFA, their own team West Ham and golf.

But it was at the Wembley Cup, an EE-sponsored tournament that pits four YouTube teams against each other at the national stadium, where the brothers saw Hashtag’s potential. ‘Nearly 40,000 people turned up to see us,’ says Spencer. ‘You see the numbers online but in person it’s like “wow, this is mental”,’ adds Seb. 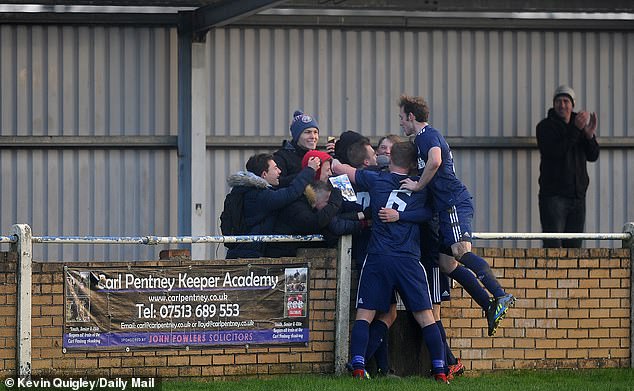 Fast forward to today and Hashtag are sponsored by computer game Football Manager, have a three-year kit deal with adidas, have sold shirts on every continent and are the 13th most-watched club in the world online – and that is all despite this being their first season in a competitive league.

Their home in real life is at Coles Park Stadium in Tottenham, which they share with Haringey Borough. And while they may only play in the Eastern Counties League Division One South – the 10th tier of English football – with average gates of 300 and everyone playing for free, having such a large online fanbase means the demands are similar to that of a side competing for the Champions League.

It is something manager Jay Devereux, formerly of East Thurrock and Dagenham and Redbridge, can laugh about.

‘The scrutiny and interest is mad,’ says Devereux, after this 4-0 win away at Wivenhoe Town, which keeps Hashtag three points clear at the top of the table. ‘There is no other club at this level where someone on the other side of the world will start calling for you to be sacked if you lose a couple of games.’

It has also been an eye-opener for former Swansea left back Tom Williams, 38, who set up Hashtag’s third goal with a brilliant free-kick. 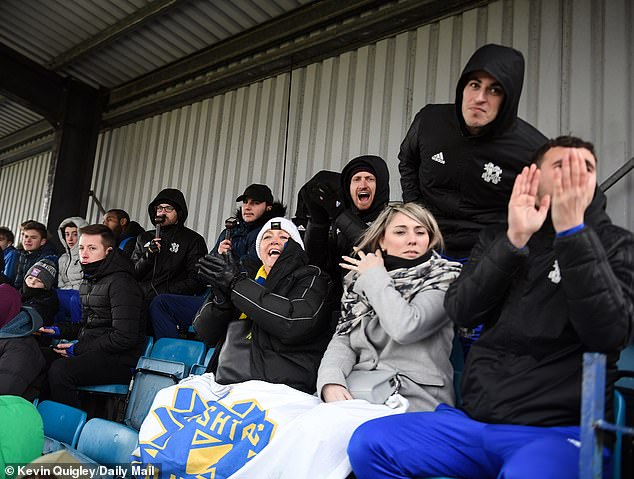 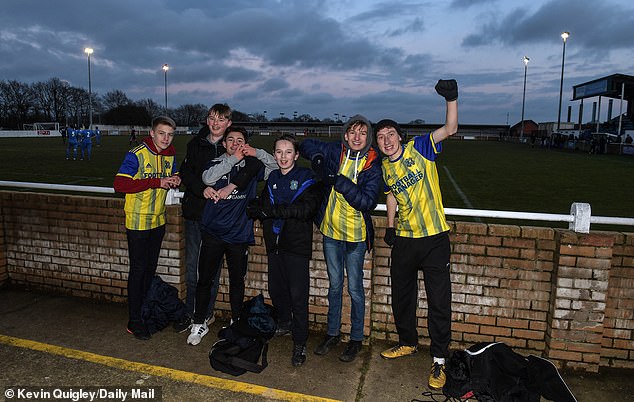 ‘I first heard about Hashtag through my two sons – they are obsessed with it,’ says Williams. ‘The level of support is like no other I’ve seen before at any level and the attention is crazy. I get stopped for photos now more than ever before.’

True to form, Williams is mobbed by the 200 or so Hashtag fans who made it to Wivenhoe in the freezing cold on Saturday.

The selfies, the autographs and post-match chats with fans are all encouraged by Spencer and Seb. The club even has a group of ‘super fans’, who record their reactions at matches and unsurprisingly upload videos on YouTube. Alfie Howden, 19, is part of that group. He makes eight-hour round trips from Oxford to watch and has only missed one game this season.

‘Alfie is bonkers,’ adds Spencer. ‘He’ll even turn up at our Sunday League games.’

‘Like pretty much everyone else here, I started watching the club on YouTube,’ says Alfie. ‘People aren’t born supporting Hashtag and I started off as a Liverpool fan. I love Liverpool but you’re not going to have a pint with Mo Salah after the game.

‘But here, you can sing your songs, and you can celebrate in front of the players, and then you can go and physically congratulate them. You can shake their hand and have a pint with them after the game.

‘That is the brilliance of non-League football and that’s why I’ve been a fan of it. You’re so close, it’s so tight knit and you get to know everyone. To sit next to and to have a chat with the owner… there’s not a lot of clubs where you can do that.’ 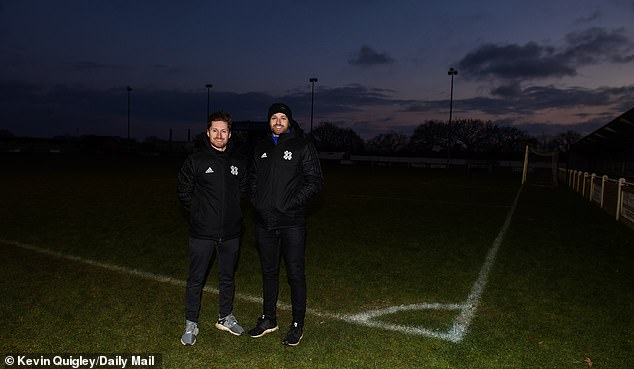 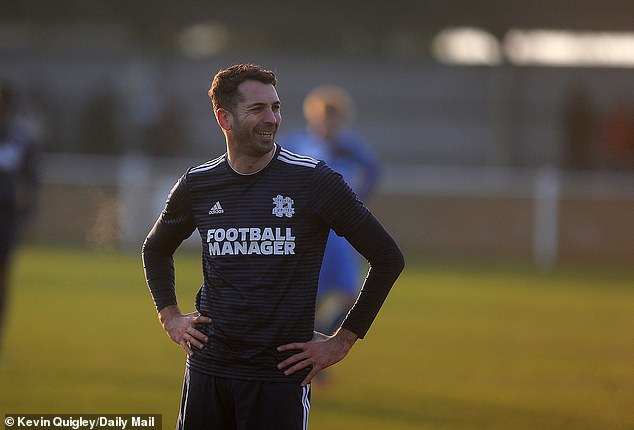 Tom Williams, who previously played for Swansea, is amazed by the support for Hashtag

‘I do wonder whether this is the future of football,’ adds Williams. ‘The kids are growing up with Hashtag on their iPads, iPhones and can watch us all the time. They can also come down and meet the players and that is special to them. We are accessible and that is the difference.’

The global numbers still shock Seb and Spencer, and in an online world that can create ‘divas’, as Sindy, the brothers’ mum points out, they remain down to earth.

‘This is not showbiz, this is non-League football,’ says Spencer. No doubt he is humble, but Spencer also realises that this is now a football club which has support from pretty much every corner of the globe – and that is a little bit crazy.

‘I think Seb has said it before but it is mad,’ adds Spencer. ‘I guess for me what sums it up is every now and then we’ll do a “send us a picture where you’re watching from” and you get these amazing responses from people saying “we’re watching from the Antarctic” or people at the top of mountains.

‘Really amazing things and it’s a real movement if you like and people love to be part of it and we just want to keep on what we’re doing and we’ll see where we go with it.’