A plumber who helped the Hatton Garden gem heist gang has been ordered to pay back £400.

Hugh Doyle, 50, let the the aging gang use his offices as a handover spot after they stole £14million-worth of gems from the heart of London’s diamond district.

The boiler fitter Doyle became the second member of the gang to receive a confiscation order following the audacious safe deposit heist in 2015.

He was the only gang member connected to the raid to escape jail in 2016. 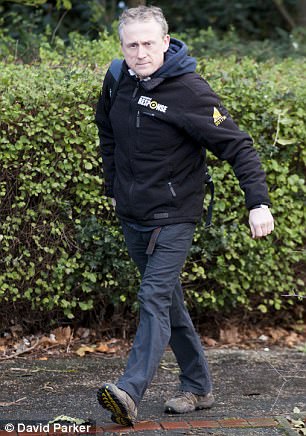 Hugh Doyle, who helped the Hatton Garden gem raid gang, has been ordered to repay just £400 of the money he made from the £14million heist

The Irishman was handed a 21-month suspended sentence for his cameo role, after tweeting on the last day of trial: ‘Forget ‘A’ rated prison – have you got a ‘G’ rated boiler?’

Even though he has his own plumbing firm, Doyle claims he has less than £400 to his name.

It was agreed that Doyle was never paid for his role, but was deemed to have led a ‘criminal lifestyle’ – and was therefore eligible for cash confiscation.

The finding allows courts to retrieve assets from the defendant deemed to have been gained through ‘general criminal conduct’.

They estimated Doyle had racked up at least £27,194 from unlawful means since May 2009.

He was given two weeks to pay the amount or face a two week stint in jail. 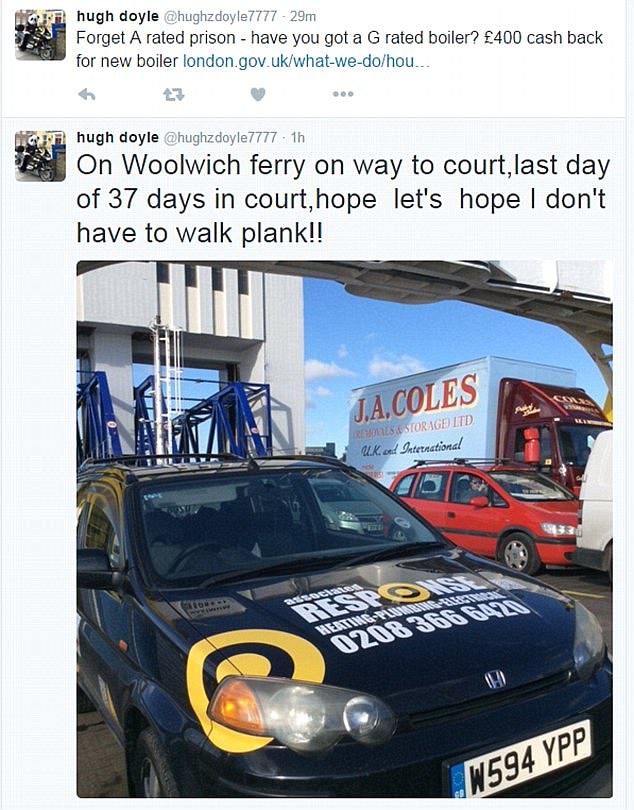 The judge said: ‘On the finding of the jury he [Doyle] provided safe access to a yard where stolen property from the Hatton Garden Safe Deposit burglary could be transferred between from one vehicle to another.

‘It is agreed that Doyle did not receive any benefit for his participation in the particular conduct of which he was convicted.

‘There was no evidence that he received any payment or reward and he was arrested soon after.’

The prosecution successfully argued that Doyle had made at least £54,388 from criminal activity before the Hatton Garden raid. 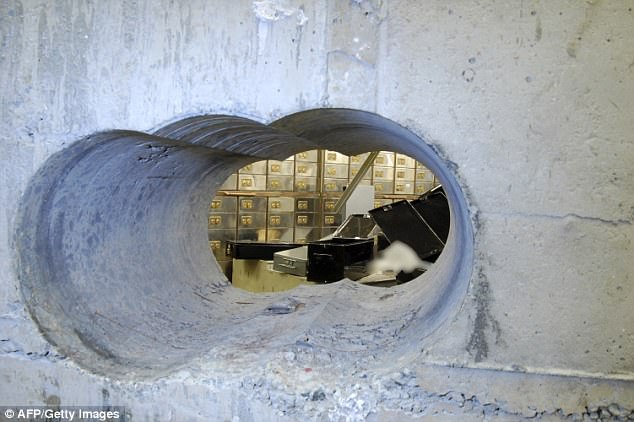 Judge Kinch continued: ‘This is not a case involving an extravagant lifestyle unsupported by legitimate income or one involving allegations of hidden assets.

‘Throughout the period, Doyle has operated a business as a plumbing, gas and heating engineer, latterly under the framework of a business partnership with his partner Jenny Fraser.

‘There is a total of £54,388 represented by unaccounted for credits of cash sums to the Doyle and Fraser bank accounts. The prosecution argue the court must treat that sum as the proceeds of general criminal conduct.

‘It is a rough and ready formula but I propose to find that assumption should not apply to 50% of the questioned credits. That would lead to a finding of benefit in the sum of £27,194.44.

‘He has limited assets…The parties have agreed the available amount in Mr Doyle’s possession in the sum of £367.50.’ 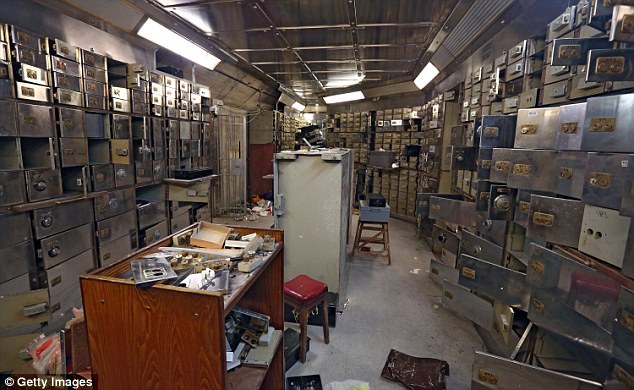 Doyle shook hands with his legal team and court clerks following the hearing before heading back to work.

Born in Ireland, Doyle moved to the UK from Dublin when he was 17, later meeting his partner of 20 years Jenny Fraser, with whom he has two children.

The dyslexic gas engineer set up a business called ‘Associated Response’ with his partner around seven years ago from their home in Enfield. 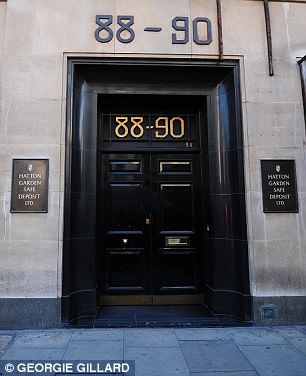 In 2014 they took over the lease of a converted old sheep shed to use as an office from Punch Breweries, the company that owns the Wheatsheaf pub sharing a car park with the business premises.

Doyle was not party to the planning of the burglary and never went to Hatton Garden, but was contacted by John ‘Kenny’ Collins, who he had known since the late 1990s, when he needed somewhere to exchange the stolen loot.

Collins was given a key to the padlock that secured the wooden doors to the small brick-built shed, but instead carried out the handover in the pub car park, in full view of CCTV cameras.

Doyle was arrested along with the gang’s ringleaders on 19 May, charged with conspiracy to burgle and remanded in Belmarsh prison’s most secure unit alongside Britain’s most dangerous criminals and terrorists.

The amateur pilot was not allowed visits from his family for three-and-a-half months, spending most of his time behind bars exercising.

Doyle lost two stone in weight and got hold of a copy of Christopher Hitchens’ ‘God is not Great’ so he was better equipped to discuss religion with extremists on his wing.

The rest of the Hatton Garden gang will discover the amount they owe the court this afternoon, and could face large penalties after it was agreed their criminal profits amount to £5.7m.

Doyle, of Enfield, was found guilty of money laundering after the trial in 2016 and today he was ordered to pay £367.50.