The younger brother of Lord Lucan has died in South Africa, sparking speculation he may reveal details about what became of his notorious sibling from beyond the grave.

He had been living a reclusive life in a suburb of Johannesburg where he had worked as librarian to the Theosophical Society, a non-religious organisation.

The Oxford graduate was close to his older brother, John, the 7th Earl of Lucan, who vanished in November 1974 after being named as the killer of his children’s nanny, Sandra Rivett.

He moved to South Africa just months after his brother’s disappearance, sparking unsubstantiated rumours that he may have been in contact with his sibling who had managed to slip out of Britain.

Mr Bingham – who believed his brother was innocent – had been working on a ghost-written ‘autobiography’ of Lucan putting forward theories about his possible escape and various guises that he may then have adopted.

The 7th Earl of Lucan – Lord Richard John Bingham – with Veronica Duncan, who later became Lady Lucan, on the eve of their engagement

‘He would talk at length about his brother’s innocence, yet refused to reveal if Lucan was still alive or where he had lived,’ said Mr Sanders.

‘It was impossible to know if they were in touch, though it seemed likely.’

With Mr Bingham’s death, there is now speculation that documents may emerge detailing what became of Lucan.

It is also anticipated there could be further clues in the book he was working on. 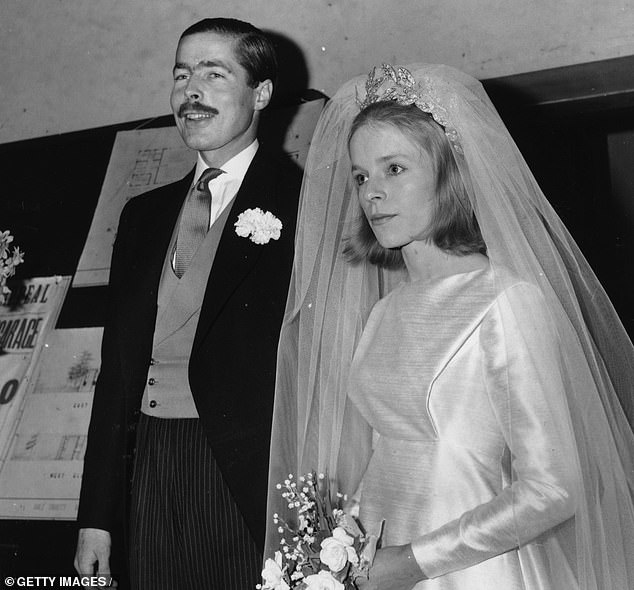 Lord Lucan and Veronica Duncan after their marriage in 1963. He vanished in November 1974, the day after the murdered body of their nanny, Sandra Rivett, was found at the family home in Belgravia, London

In an interview with The Mail on Sunday in 2016 after the High Court ruled his brother was dead, Mr Bingham said: ‘John had no option but to flee. He would have considered his chances of a fair trial to be very slim.’

He revealed that one of the theories covered in his Lucan autobiography described the peer escaping Britain with a fake passport and building a new life as a farm manager in South Africa’s KwaZulu Natal province.

Mr Bingham also suspected Lucan’s wife, Lady Veronica, who died last year, had been involved in an affair with a Scotland Yard officer.

Speaking about how Lucan had trusted him, he said: ‘He confided in me during the most difficult times in his marriage, and I sympathised deeply with his plight.’