Having a cold shower means you take fewer sick days

Starting the day with a cold shower has long been said to toughen people up.

Now a study has backed up the idea, with the finding that those who have a cold morning shower are significantly less likely to call in sick to work.

The Romans swore by a cold plunge in a bath, with luxury spas continuing the practice claimed to improve circulation and the immune system.

People who have cold showers in the morning are more likely to make it into work even if they’re sick, a study of 3,000 volunteers showed

Meanwhile standing under a stream of freezing water is often quoted as the way to start the day in boarding schools.

A study of more than 3,000 people found a cold shower did not in fact make participants healthier or stop them coming down with colds, flu and other illnesses.

But it did make them almost a third more likely to battle on and struggle into work.

The reason is still unclear, with animal studies suggesting exposure to cold releases beta-endorphins which make dealing with pain easier. Study participants also reported having more energy after a cold shower to start the day.

However the Dutch study, published in the journal PLOS One, concludes: ‘Our findings show that routinely showering (hot-to) cold for at least 30 days resulted in a reduction of self-reported sick leave from work but not illness days in adults.’ 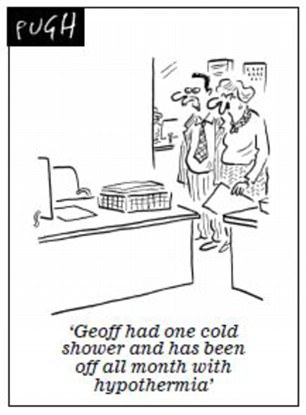 The energy boost reported by people who took a cold shower was similar to that of the caffeine hit from a cup of coffee in the morning.

Researchers split them into four groups, with one set showering normally, while others began with a warm shower followed by a 30, 60 or 90-second blast of cold water.

When they tested the benefits of the cold showers, the Dutch academics found some people reported feeling persistently cold, particularly in their hands and feet.

However those who took them reported a small improvement in their quality of life.

When asked if they would continue taking cold showers, most said they would and, in the 60 days following the initial 3-day experiment, almost two-thirds actually did.

The study found no difference in the reported illness days of study participants over 90 days, depending on whether they had a cold shower or not.

This may challenge claims that stress hormones triggered by the cold water boost the immune system. 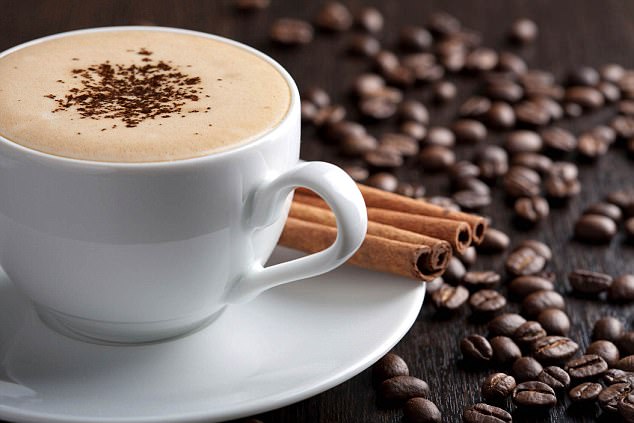 The authors, led by the Academic Medical Centre in Amsterdam, wrote: ‘Cold bathing is a common custom in many parts of the world.

Ever since the introduction of civilised bathing, humans have experimented with water temperature variation to expose the body to extreme conditions.

‘In ancient times, Roman bathing was based around the practice of moving through a series of heated rooms culminating in a cold plunge at the end.

In modern times, the traditional ritual of the “frigidarium” has been kept in most saunas and spas around the world.’