Having a degree helps cut heart attack risk by a third

Doing a degree cuts the risk of suffering a heart attack later in life by a third, according to research.

Experts found that the longer someone stays in education, the lower their risk of developing coronary heart disease.

Those who were educated for an extra 3.6 years after school – roughly the length of an average undergraduate degree – were 33 per cent to have a heart attack in later life.

The researchers, from University College London and Oxford University, believe this is because educated people subsequently less likely to smoke, eat healthier diets and do more exercise.

Doing a degree cuts the risk of suffering a heart attack later in life by a third, according to research

They are also likely to get better jobs, which means they have higher incomes and suffer less stress and anxiety – which is hugely beneficial to cardiovascular health.

The research, published last night in the British Medical Journal, is the strongest evidence to date about the health benefits of education.

Many previous studies have found that university graduates are healthier – but critics have always pointed out that they are likely to be from richer backgrounds to start with, and have all the health benefits of a privileged youth.

The new study, which is based on 540,000 people, is the first to comprehensively prove that education makes a difference despite someone’s start in life.

The researchers analysed the genetic make-up of participants – and used this information to rule out the impact of pre-existing conditions and other confounding factors.

Analysing 162 genetic variants, they subtracted the factors they thought would unduly influence their results, and found education differences alone still had a huge impact on cardiovascular risk.

Dr Taavi Tillmann of UCL, who led the study, said: ‘Anything to do with their genes and the environment before their education we have managed to rule out. So you are now looking at the pure effect of education.’ 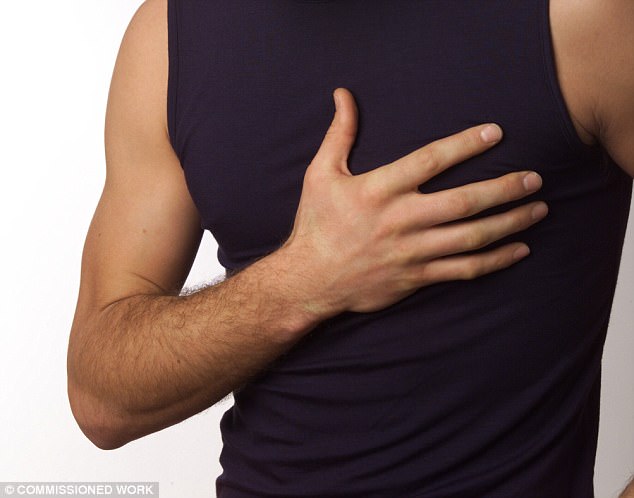 The researchers, from University College London and Oxford University, believe this is because educated people subsequently less likely to smoke, eat healthier diets

He said 50 per cent of the educational impact was linked to lifestyle – with graduates more likely to have healthier blood pressure, lower cholesterol and be less likely to be obese – all factors linked to exercise, diet and smoking.

His team is unsure exactly what is causing the the other half of the impact, but suspect it is linked to improved income and stress.

Writing in the BMJ, they called for further research to pin down these factors, adding: ‘These could include education leading to improved use of healthcare services – from better health knowledge or fewer financial barriers to accessing care – or better job prospects, income, material conditions, social ranking and/or diet – all factors associated with education and coronary heart disease.’

Dr Tillmann added: ‘People who get more education tend to feel better about themselves, they might feel more optimistic about life and less stressed throughout their life.

‘Stress can have an impact on heart disease, increasing the hormones which have a cascade effect on inflammation.’

Dr Mike Knapton, associate medical director at the British Heart Foundation, said: ‘As well as better prospects in terms of employment and financial independence, this research suggests we can add improved heart health to the list of benefits staying in education longer.

‘We are not shocked by these findings as we already know that spending more time in education is associated with lower rates of smoking and a lower body mass index, which are both huge risk factors of coronary heart disease.

‘The research also focused on analysing people’s genetic disposition. This is really interesting, by looking at how your genes can lead to heart disease, we could be one step closer to discovering a new drug to treat coronary heart disease – a devastating condition that is responsible for 70,000 deaths in the UK.’