Victoria Wicks has some old video footage of her grandfather, The Darling Buds Of May author HE Bates, with all ten of his grandchildren clambering all over him, and she says it epitomises how the joy of family, love and nature so evident in his books about the Larkins was inspired by the way he lived his own life.

‘He was a very sweet man,’ she recalls of her grandad, who died in 1974, when she was 14. ‘You heard him before you saw him walk through a door – he would be whistling or making some other noise. He would play games with us when we were little, like squeezing us between his knees. The more I read the novels, the more I see his attitude to life in them.

‘He didn’t believe in organised religion but in the beauty of the world. Not harming other people was his religion. He said of the Larkins that they live as we would all wish to live if only we weren’t so inhibited, if only we had the courage to live like that. And he absolutely believed that.’ 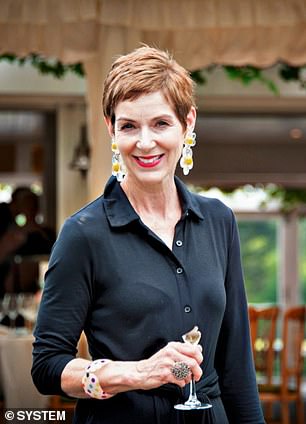 Yet he wasn’t that unconventional himself. Born Herbert Ernest Bates into a working-class family in Rushden, Northamptonshire, in 1905, he went to grammar school before joining the local paper as a reporter. But he hated it and went to work in a warehouse, which gave him more time to write, and his first novel The Two Sisters was published when he was just 20. During the Second World War he was commissioned by the Royal Air Force to write short stories which could serve as propaganda about Britain’s heroes, and after the war his career really took off with novels such as Love For Lydia and short story collections including My Uncle Silas.

He’d married a friend from the next street, Madge, and they’d moved to Kent in 1931. There he wrote The Darling Buds Of May in 1958. Victoria’s mother Judith was the second of their four children.

‘He was essentially an Edwardian,’ Victoria says. ‘You were never late for Sunday lunch; it would start at one o’clock sharp. But I think he was writing about a world he wished we could all live in.’

That doesn’t mean there aren’t touches of Bates in Pop Larkin, says actress Victoria, who is the unofficial family archivist. ‘He was actually quite a shy man – he didn’t go to gentlemen’s clubs or the pub. He was happiest with his family and his friends and having everyone over for lunch. All his books are very sensual; there are descriptions of colour and scent and most of all food. Food was a big thing in that house and my grandmother was an excellent cook.

‘Every year there would be a big village cricket match and my grandad would put together a team of family and friends. The food would go on all day; I remember the wonderful smell of sausages and the big lunch before the cricket match. And then, before long, tea would appear. It was just a very joyous, relaxed way of being.’ 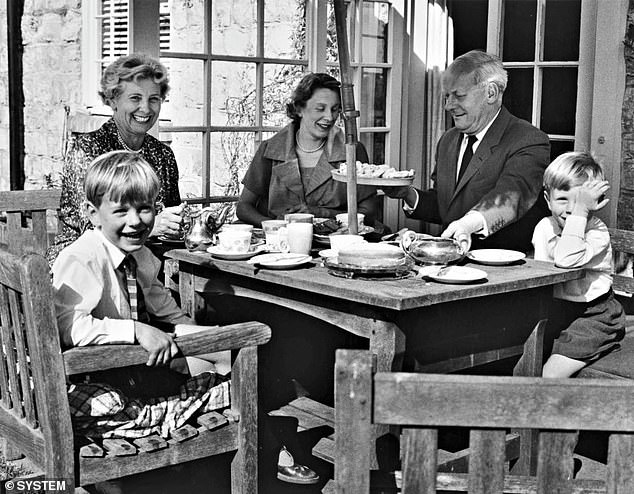 HE Bates with his wife Madge, daughter Anne and two of his grandchildren

According to the family, Bates would actually break into laughter while he was writing The Darling Buds Of May. ‘He was known for writing serious, empathetic stories about people, often women, who were stuck in difficult situations,’ says Victoria. ‘So when he came out with The Darling Buds Of May he was criticised – but not by everyone. He had a brilliant review in Time magazine in America and he wrote to a friend saying, “We’re all in what you might call a tizzy of excitement.”

‘The first book was only small but it was so popular that he wrote more, putting more of himself and his family and the people he loved in. He really loved the Larkins and I think he’d be over the moon at the idea that people are still enjoying them in all sorts of different ways 60 years on.’

There were two original inspirations for the first story. One was that Bates would regularly pass a rural junkyard in a beautiful setting, and the other was a chance encounter. ‘He and my grandmother stopped at a shop on the way to some friends for drinks and this large family turned up in an electric blue truck,’ says Victoria. ‘The father bought crisps and ice creams for his kids and it was all paid for with wads of cash. They were on their way to Margate. He felt they had a joyousness about them and he realised he could put them into the junkyard and make a story out of them.’ 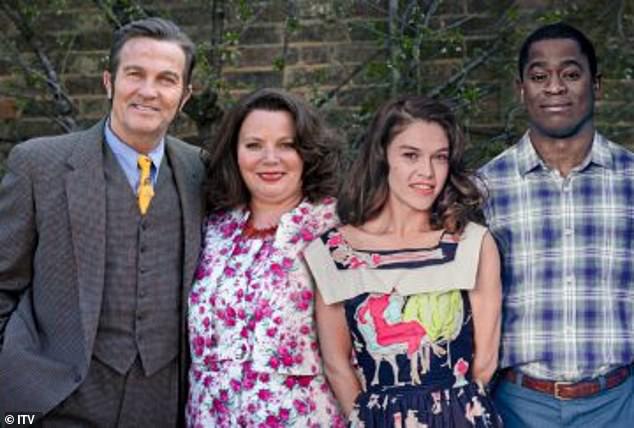 Pop, Ma, Mariette and Charley in the new ITV adaptation

All sorts of people found themselves in his books. One neighbour was novelist Iris Murdoch’s father-in-law, Major Bayley, who lives on as the Brigadier in the stories. Iris herself makes an appearance in a later book as Iris Snow, ‘the oddest female Pop had ever seen in his life’.

Victoria, who found fame as snobby news anchor Sally Smedley in Drop The Dead Donkey and went on to star in Doctor Who and 2014 film The Imitation Game with Benedict Cumberbatch, has a small role in ITV’s new adaptation of the books about the Larkins, as well as acting as script editor. She plays new character Mrs Fothergill, the mother of one of Mariette’s friends, and says it was a thrill to see her grandfather’s work re-created yet again.

‘When I turned up I nearly cried,’ she recalls of her first day on set. ‘It was a beautiful day, this farm was surrounded by buttercup meadows, just as it was in the book. It took my breath away. The whole thing just makes me smile from the depth of my tummy.