Lampard’s side have only won one of their past five games in all competitions, and slumped to a disappointing 3-1 defeat against Everton on Saturday.

They face Lille on Tuesday night in their final Champions League group game knowing that only a win will guarantee a spot in the knockout stages, and Zouma spoke on Monday about Lampard’s winning mentality as Blues boss. 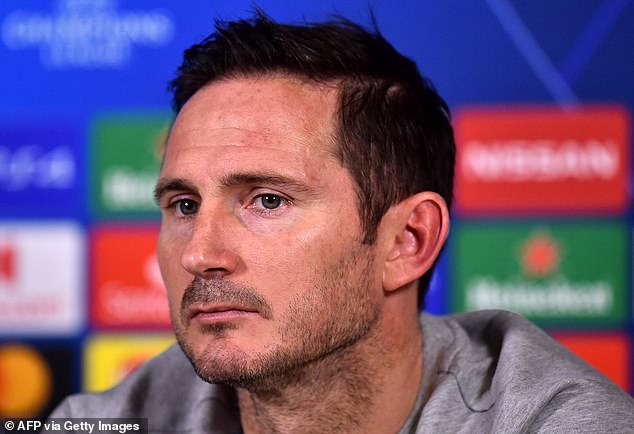 As it stands, Ajax lead the way on 10 points, with Valencia and Chelsea behind them on eight points. Valencia are ahead of Chelsea on head-to-head record.

However, Frank Lampard’s side know they will be through if they beat Lille, who haven’t won any of their five games so far, at Stamford Bridge.

Chelsea may even get through with a draw if Valencia lose to Ajax in Amsterdam but if the Blues do the unthinkable and lose to Lille, it’s the Europa League after Christmas.

Ajax need just a draw against Valencia to advance, though the Dutch champions could also make it if Chelsea fail to beat Lille.

Valencia will get through if they beat Ajax or in any scenario where they finish on level on points with Chelsea because of their superior head-to-head record.

‘He hates a defeat, he hates it. We were frustrated with the defeat [Everton on Saturday] of course,’ Zouma told the official club website.

‘I think that’s a message for us to answer. We have to play with personality and show character because we lost at the weekend. It’s clear he wants to motivate us and we’re already motivated for this game.

‘He wants us to be more responsible in the games and take more risks. He knows the quality that we have in the squad with very talented players.

‘We have to play the game like we play in training, be good, take risks and play without fear.’

Zouma has enjoyed a prolonged spell in the starting XI under Lampard – who won 13 trophies as a player at Stamford Bridge – this season after spending the last campaign on-loan at Everton.

The Frenchman has made 23 appearances in all competitions, and has played 90 minutes in every Chelsea fixture since September 28 – 13 games on the trot.

No doubt Zouma is very grateful to Lampard for his first proper run in the first-team since joining from Saint-Etienne in 2014. 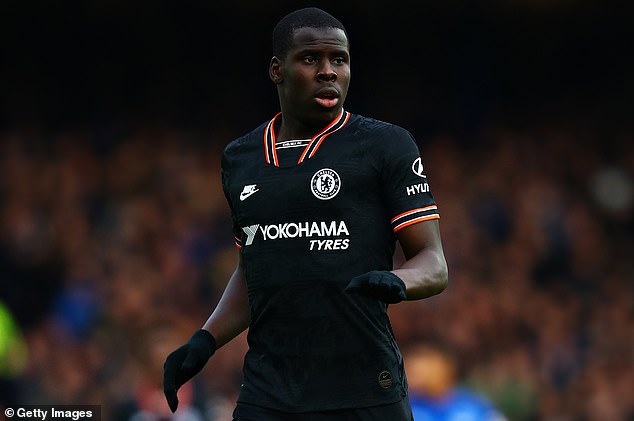 ‘He’s the kind of manager who comes to us when we make a mistake and tells us but he’s very calm as well,’ Zouma said.

‘He understands the game because he’s been involved in it for a long time and he’s there to give us advice.

‘He’s the first one to say when we make a mistake and we try to make it right in the next game.’