The Chiefs were playing the Indianapolis Colts Saturday night at Arrowhead stadium after crews rushed to clear the 8inches of snow from the fell from winter storm Gia.

Video from the game shows one fan throwing the snowball and narrowly missing Colts kicker Zach Pascal as he went to punt the ball.

When officials and security approached Chiefs coach Andy Reid about the potential for a penalty, he quickly went to the front of the fan’s section to scold them for doing so. 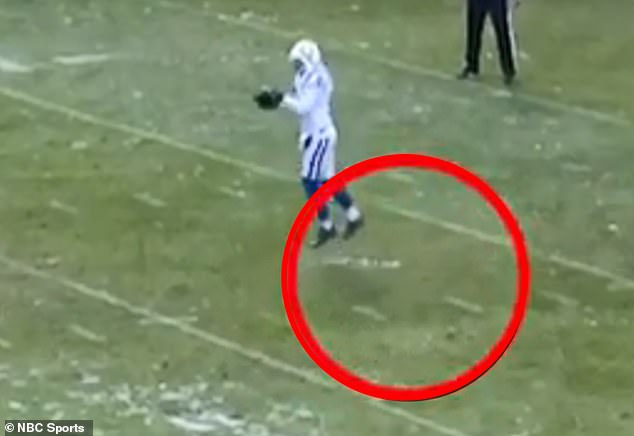 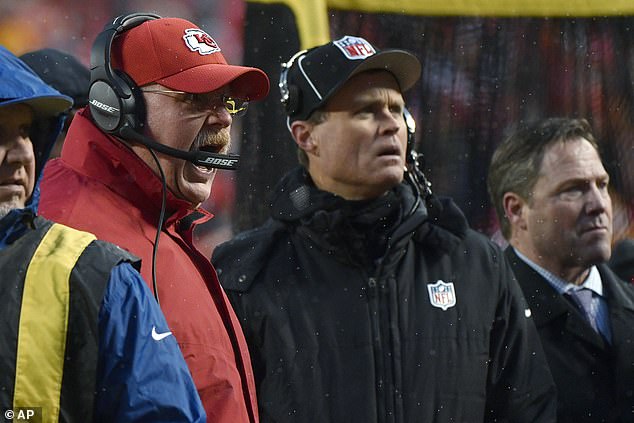 According to NBC, Red told the fans who were throwing to ‘be smart’ and ‘use your heads’.

The snowballs had the potential of costing the Chiefs a 15-yard unsportsmanlike conduct penalty.

The cold weather and childish fans didn’t stop the Chiefs from securing the win, however.

It’s a good thing none of the fans were on the field as quarterbacks. Some of the snowballs didn’t quite make it to the field, and instead pelted a cheerleader or two. 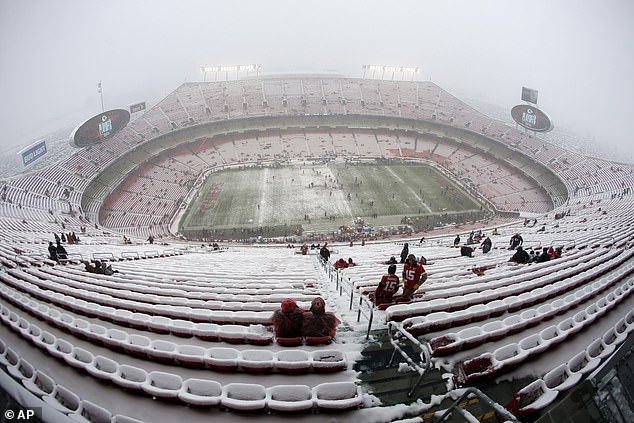 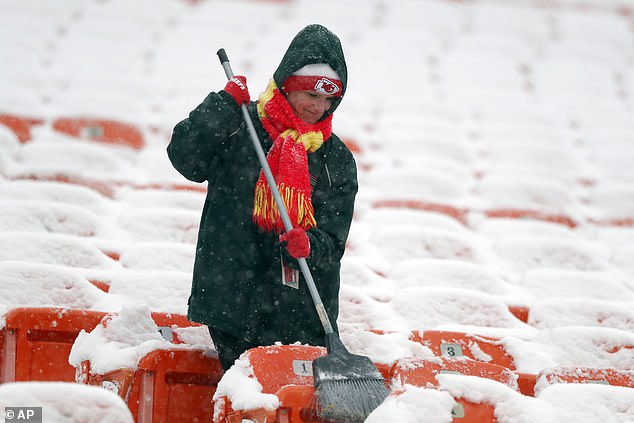 The cold didn’t stop the fans from having good fun either, as snowball fights were happening between high up in the stands.

Most of the snowball pelting happened as a celebration when the Chiefs scored.

There is a chance however, that if the NFL identifies the snowball-thrower who almost hit the kicker, he could be banned from Arrowhead Stadium.

So now you may want to think twice before  engaging in tomfoolery. 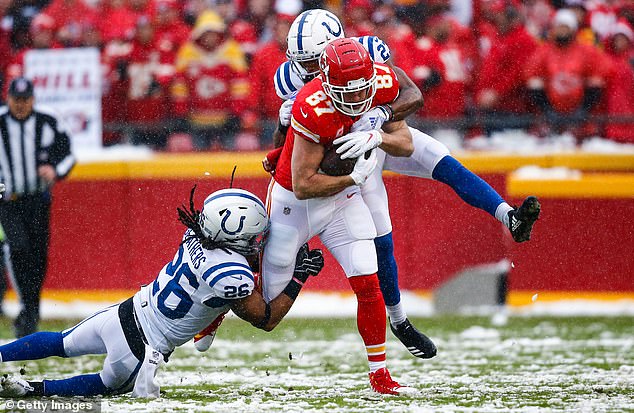