Wayne Pivac has the odds stacked against him in the land of the Springbok, but the Wales head coach cut a bullish figure ahead of Saturday’s first Test in Pretoria.

Pivac admitted his team are targeting a big shock in the opener to the three-match series with South Africa after he handed Leicester flanker Tommy Reffell his international debut.

Reffell, 23, has been a consistent performer for the Tigers and helped them to win this season’s Premiership title, but South Africa’s fearsome pack and their ‘bomb squad’ replacements will be his biggest challenge to date. Kieran Hardy, George North and Dan Lydiate are also in Wales’ starting XV.

Asked if Wales might be able to catch world champions South Africa cold in what is their first Test of 2022, Pivac responded: ‘100 per cent. Our focus is on the first Test for a number of reasons.

‘Our players haven’t had a lot of rugby because of the performances of our clubs in the United Rugby Championship. South Africa have come together from an array of countries.

‘We are excited by the fact it is pretty much a level playing field in terms of time together. At other times of the season it may not be, especially when we come together for our autumn.

‘It makes the first Test a vital one for both teams.’ 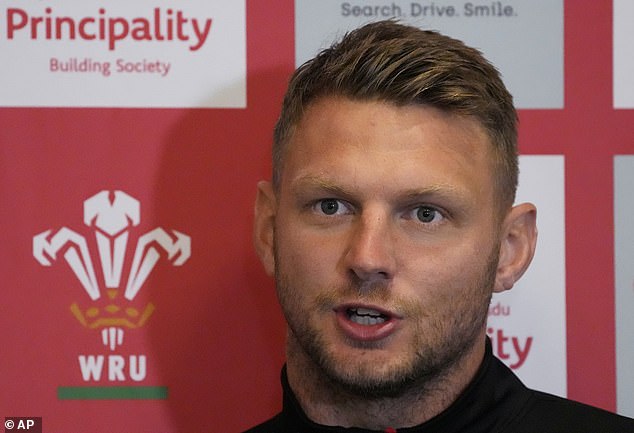 Wales won just one match in the Six Nations, losing at home to Italy for the first time. Bouncing back against the No 1 side on the planet and a team which beat the British & Irish Lions is a tough task.

Pivac named a strong Wales side for the first Test which will take place at altitude and a sold-out Loftus Versfeld Stadium.

Tomas Francis, Alun Wyn Jones and Josh Navidi are all among the Welsh replacements, the sort of luxury Pivac hasn’t often had in his time in charge.

Pivac has urged his team to put in a winning display to honour the memory of Wales and Lions legend Phil Bennett after his death on June 12. 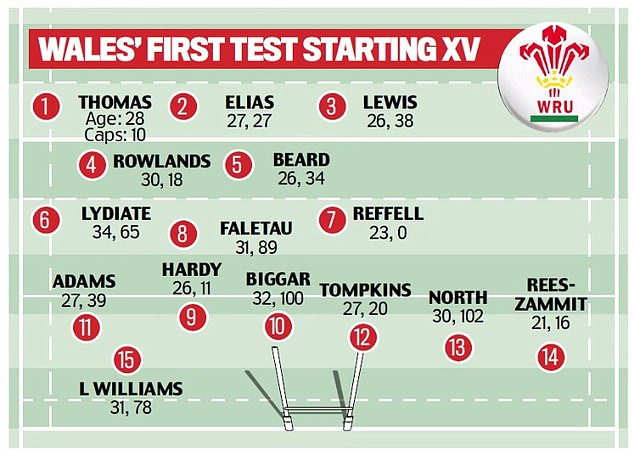 ‘He (Bennett) has been a legend of the game and is respected worldwide,’ Pivac said.

‘It was just very sad for his family and for all Welsh fans to see Phil pass. We will be doing our best to put in a great performance in memory of Phil and the fans back home.

‘It’s a massive challenge with the world champions in their own back yard and with two Tests at altitude. It will show us exactly where we are.’

Dan Biggar continues as Wales captain from the Six Nations and partners scrum-half Hardy with Jones on the bench. Gareth Thomas and Dillon Lewis face stern scrum examinations at prop.

The presence of experienced pair North and Lydiate, both now recovered from serious knee injuries, is also a boost for Pivac. His team will need all the Test knowhow they can get.