Head lice lotion used on thousands of children could catch light and cause serious burns, parents have been warned.

Adults are being urged not to smoke around treated kids or let them near naked flames.

Even being close to a cigarette the morning after having lotion applied could be dangerous, experts fear.

The Medicines and Healthcare products Regulatory Authority – which polices the safety of medical products – has issued an alert to pharmacists. 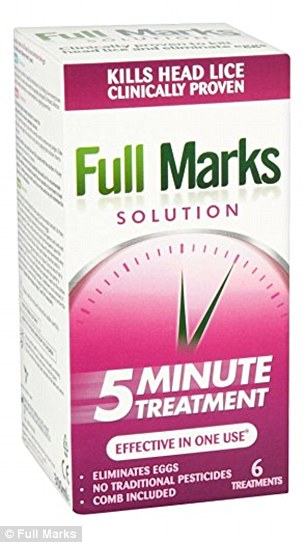 It wants them to highlight the risks to parents buying the over-the-counter lotions.

At least 10 people in Britain have suffered serious burns in the last decade after head lice lotion set their hair alight.

Most cases involved youngsters injured when an adult lit a cigarette near them.

But one woman with head lice was left scarred for life after simply bending down to adjust a gas fire.

The lotions all contain flammable liquids to help kill off lice – which affect more than one in ten primary school children in the UK. 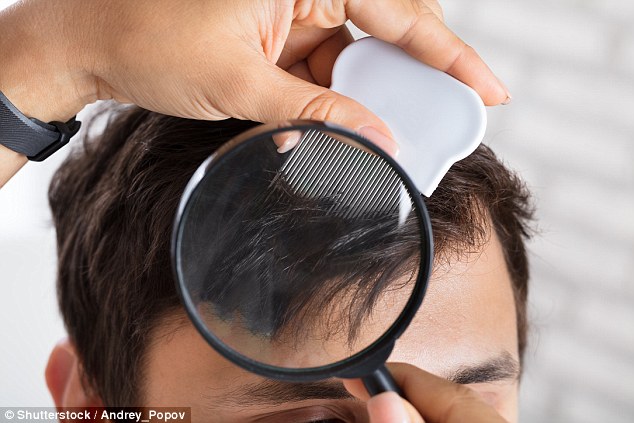 Head lice lotion used on thousands of children could catch light and cause serious burns, parents have been warned

WHAT ARE HEAD LICE?

Head lice are tiny insects which live and lay their eggs in hair. Their empty egg cases which stick to hair are known as ‘nits’.

Lice, which can be treated by an over-the-counter medication, quickly multiply and can cause itching and inflammation of the scalp.

In severe cases, infections can be caused when children scratch their head with dirty fingernails or if faecal matter from the lice gets into a scratch.

All people who come in contact with the infected person should also check if they have contracted the bug because it spreads easily.

Clothing, bedding and other products need to be laundered in high heat in order to kill the bugs.

If something can’t be washed, then it needs to be either dry cleaned or sealed in a bag for two weeks to help kill off the infestation.

But the MHRA fears parents are still unaware of the dangers.

It first warned of the risks in 2007, when lotion manufacturers were ordered to carry warnings on packs.

But it said accidents are still happening.

Only last year tragedy struck when a child being treated with flammable lotion came into contact with a naked flame – ‘resulting in very serious burns’, the MHRA said in a notice to pharmacists.

The UK market for head lice products is worth nearly £20m a year.

The tiny insects, about the size of a sesame seed, feed on blood from the scalp.

They attach their eggs – or ‘nits’ – close to the skin and can cling so tightly to hair that even a thorough wash will not dismantle them.

A spokesman for Hedrin said: ‘Customer safety is of utmost importance.

‘Hedrin four per cent lotion carries a prominent warning to keep hair away from sources of ignition, especially naked flames and burning cigarettes.

‘The rest of the Hedrin range is not associated with these issues but we do always advise keeping hair away from naked flames.’

The Proprietary Association of Great Britain, which represents over-the-counter medicine manufacturers, said it welcomed the MHRA guidance to pharmacists.

Chief executive John Smith said: ‘It is important to reassure people that if used in accordance with the clear on-pack instructions and the patient leaflet information inside, head lice treatments are an appropriately safe way to eliminate head lice and eggs.