Sydney’s lockdown should be HARSHER with the same rules in every suburb because ‘Covid doesn’t respect geography’, top doctor says

The head doctor of Australia’s medical governing body has called for a more consistent lockdown across all of Greater Sydney.

At present eight LGAs are under tighter restrictions than the rest of the city, with the whole of Greater Sydney under lockdown until at least the end of August as it battles an outbreak of the highly-infectious Delta strain.

Currently, eight LGAs have tighter restrictions than the rest of Greater Sydney, as four more weeks of lockdown was announced on July 28 but Dr Khorshid said clearer lockdown rules should be introduced across Greater Sydney 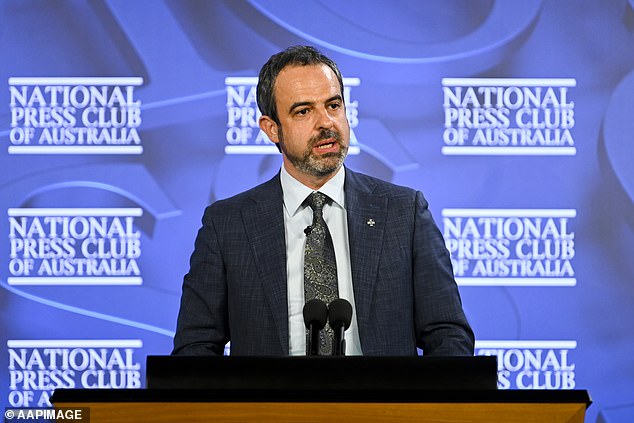 Dr Omar Khorshid (pictured), head of the Australian Medical Association has called for a harsher and clearer lockdown across all of Greater Sydney as he says Covid-19 doesn’t respect geography or local government borders

‘COVID-19 does not respect geography or local government boundaries on a map, and clear and simple rules applied everywhere will make a difference – including mandatory mask wearing indoors and outdoors when outside the home,’ Dr Korshid told 9news.

‘We don’t know if it will be possible to eliminate the Delta strain from Sydney, but the benefits of doing so will be enormous and worth the inconvenience, disruption and real hardship being faced by all of Sydney at the moment’.

While Dr Khorshid urged anyone considering going to any protests to stay home as they are only potentially extending the lockdown they are against.

‘If you want to be part of the solution, go get the vaccine and stay at home,’ he said.

Up to a thousand police officers will be on duty to meet anyone considering attending an anti-lockdown protest in Sydney this weekend, NSW Police Commissioner Mick Fuller has warned.

The commissioner said police had to ‘expect there’s going to be a protest’ after monitoring online activity. 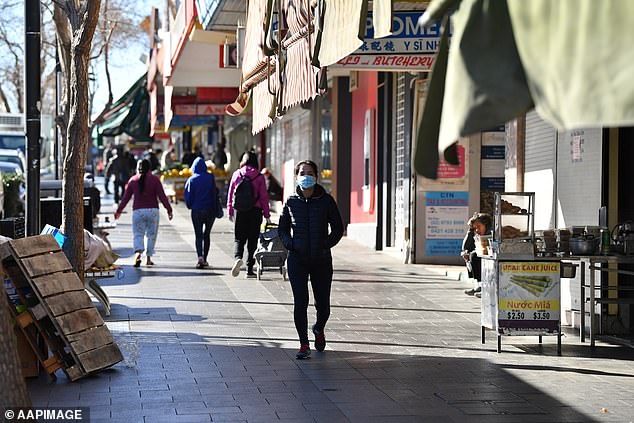 At present eight LGAs are under tighter restrictions than the rest of the city, with the whole city under lockdown until the end of August at the earliest

NSW Police have confirmed a 35-year-old man from Granville, in Sydney’s west, was caught more than 20km away at the city’s central station by police targeting protesters, despite being subject to stay-at-home orders.

The man, who was fined $1,000 dollars, was directed home and tested positive to COVID the next day.

A NSW Police strike force was set up following last week’s protests with up to 20,000 tip-offs to Crime Stoppers about attendees, with photos and names sent to police.

On Friday Mr Fuller said police will be waiting for anyone planning to protest this weekend, and they had been given plenty of warnings.

* Infectious while in the community (partly or fully): At least 52 (-36, although 53 cases still under investigation)

* Deaths in NSW for entire pandemic: 69

* Borders: Greater Sydney residents are not permitted to visit regional NSW unless for essential activity, and cannot freely enter any other Australian state or territory. Travel restrictions for residents of regional NSW vary depending on state.