Head saves school by sending pupils to work on a farm

It is said that a good dose of fresh air is often the best medicine.

And for one failing primary school, it seems that was certainly true.

Before head Neil Satoor took over, the school saw 17 assaults on staff and almost 100 children excluded in three years.

But its fortunes have been reversed after Mr Satoor sent his pupils to work on a farm. Children at the school in Telford, Shropshire, spend time outdoors with a focus on food and agriculture.

Close up: A girl photographs fungi on the farm

Every one of its 245 pupils visit the local farm each term, where they help grow crops, practise milking cows and learn about farming machinery.

They also grow herbs in the school’s greenhouse and use the ingredients to cook meals. The strategy has worked so well that nearly all pupils leave the school having completed a GCSE five years early.

Wombridge Primary School was in crisis when Mr Satoor took over in 2010, with 96 pupils suspended in the previous three years and 17 assaults on teachers in one year alone. It was bottom of local performance tables. Parents held meetings to discuss low standards and bullying. Rather than continue to suspend pupils, Mr Satoor decided to take a fresh approach.

He said: ‘We decided two really important things to children’s futures in Shropshire are computing and farming. 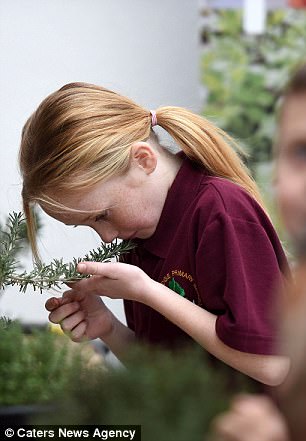 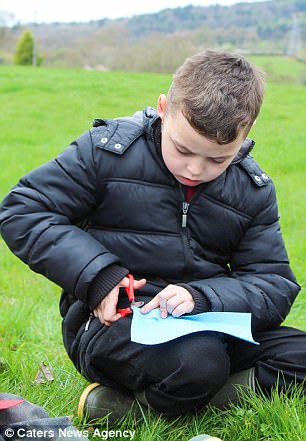 ‘The old approach of just sitting them in the classroom was not working, so we decided to get them outdoors and learning in nature, and focus on food and farming.

‘The difference in behaviour and how engaged the children are has been remarkable. They are much more self-confident. We have shown that … children don’t need to be excluded, they just need to be engaged.’

The pupils’ work at Morrells Wood Farm, ten miles from the school, feeds into maths, science and IT lessons, in which they study how plants grow and how to keep track of produce, often using iPads. They sit a GCSE in IT at the age of ten or 11. Mr Satoor said the farm was the ‘perfect vehicle’ to deliver the curriculum. 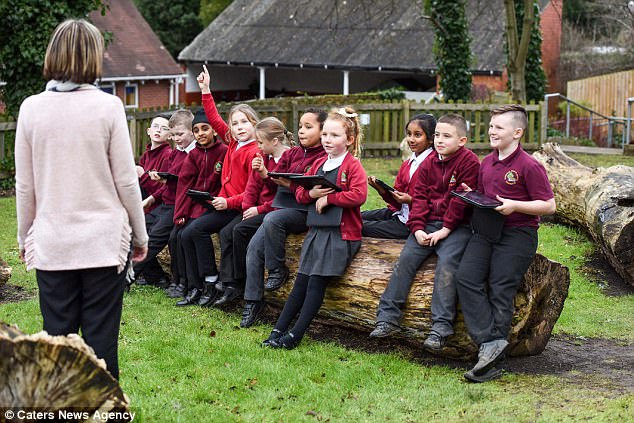 Pupils have an outdoor lesson at Wombridge Primary School in Telford, Shropshire

The school’s outdoor spaces were turned into natural playgrounds for the children to explore, and teachers began taking children into the woodland on the edge of the school grounds.

For five years, Wombridge has not excluded any pupils, and has won a national anti-bullying award each year. It was judged ‘good’ by Ofsted in May.