The local government for a town in New York is warning residents not to indulge in a potentially dangerous new food trend.

The Livingston County Department of Health said on Friday that the dessert fad known as ‘Dragon’s Breath’ could cause frostbite and tissue damage if consumed.

Dragon’s Breath is a food novelty made by freezing cereal puffs in liquid nitrogen, according to local NBC affiliate WHEC 10.

When an individual places the puff in their mouth and exhales, it appears as though the person is breathing smoke. 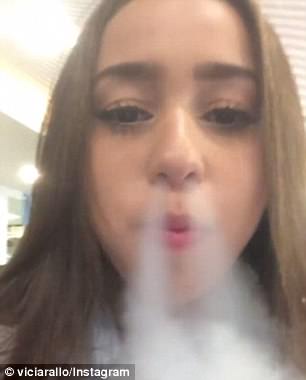 When an individual places the puff their mouth and exhales, it appears as though the person is breathing smoke. Pictured above a fan of the dessert demonstrates how she makes smoke come out of her nose

Liquid nitrogen can reach temperatures as cold as -320F.

Last year, a 14-year-old girl was rushed to a Florida hospital with burns to her hands after her grandmother purchased the ‘Dragon’s Breath’ desert at the Pensacola Interstate Fair.

‘The ER doctor had to cut it open, cut away the dead skin and get the infection out,’ Tina McArthur told the Today Show.

‘They [the doctors] said had we not come in and got her finger treated she could have possibly lost her thumb.’

Liquid nitrogen has been integrated as an ingredient into many kitchens over the past few years, with restaurants looking to add an extra flare to dishes and cocktails.

But medical professionals warn that if an item infused with liquid nitrogen is consumed incorrectly, it could have devastating consequences. 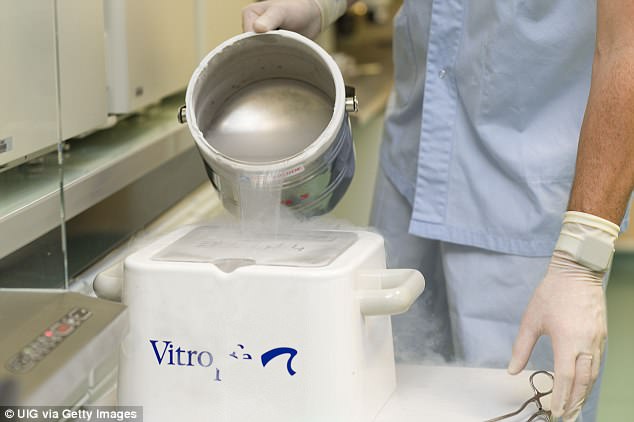 ‘Liquid nitrogen is what’s used by dermatologists to burn things off skin so we know it can be destructive to tissue.’

Caldwell also noted that liquid nitrogen could cause asphyxiation if inhaled since the substance displaces oxygen.

‘I would urge caution for anybody around liquid nitrogen, particularly children,’ Caldwell added. 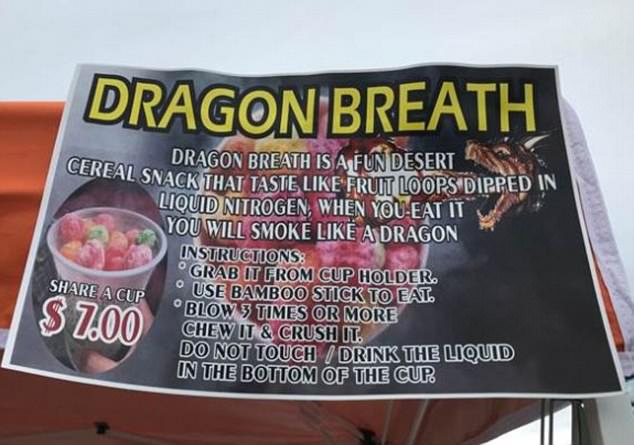 Last year, a 14-year-old girl was rushed to a Florida hospital with burns to her hands after handling ‘Dragon’s breath’ (Flyer for the Pensacola Interstate Fair)