Health experts have launched an urgent mosquito warning after a second person was struck down in Far North Queensland with a flesh-eating ulcer.

Authorities are yet to link the ulcers directly to mosquitos, but in both instances the infected persons were exposed to the insects.

‘In both cases, there was most likely local exposure.

‘It is not known how the infection is contracted, there are various theories including the possibility of insect transmission,’ Dr Chatterji said.

Daintree ulcer, also known as Burili ulcer, is a flesh-eating infection which can cause large ulcers at the infection site.

Antibiotics are the primary treatment and surgery can also be needed if the wound is serious enough.

Authorities are urging the public to avoid contact with soil or untreated water in North Queensland and to avoid mosquito bites by covering up and using insect repellent.

Users on social media reacted to the warning with shock.

‘Careful when up north,’ one user posted.

‘Better keep an eye on those bites,’ another user said.

‘Sorry we are not going to North Queensland anytime soon,’ another said. 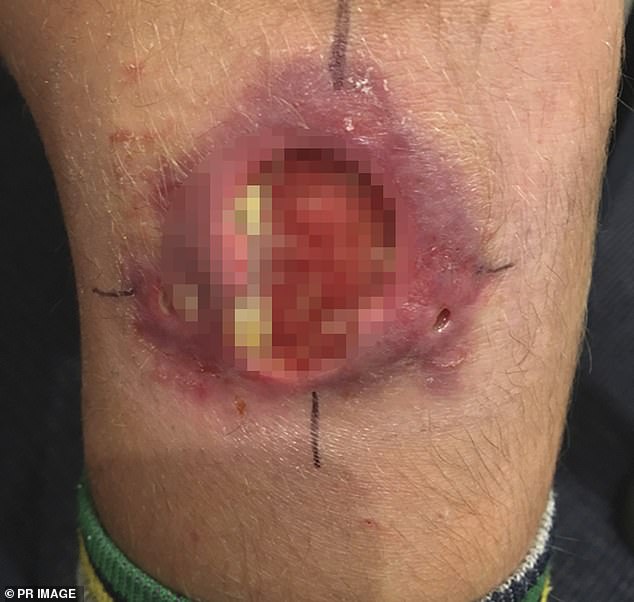 Authorities are yet to link the ulcers (stock, pictured) directly to mosquitos, but in both instances the infected persons were exposed to the insects