I suspect many of my patients self-medicate by taking herbal medicines or dietary supplements, which is fine, except they don’t tell me. And that can cause problems because although these medicines may be ‘natural’ – after all they come from health-food shops – they are not necessarily safe, particularly when it comes to drug interactions.

This is where one interferes with the action of another, and is surprisingly common. In fact, it has been estimated to be the cause of around five per cent of hospital admissions. It is not just prescribed drugs that cause problems. Dietary supplements and herbal medicines contain chemicals that can interact adversely with prescription medication.

For example, if you have high cholesterol and are on a statin such as simvastatin, I would expect your GP to warn you against consuming grapefruit or its juice as this can increase the risk of side-effects. If you use St John’s wort – a popular herbal remedy for anxiety and mild depression – and don’t tell your GP, among other effects, it could reduce the effectiveness of the contraceptive pill.

This is not a trivial issue – a survey found that almost a third of elderly patients take herbal medicines and dietary supplements at the same time as prescription medication. If you apply this to the UK population, a worrying 1.3 million elderly people could be at risk of drug interactions.

Part of the challenge is that often patients don’t volunteer the information and health professionals don’t ask or record in their notes what else is being taken. The risk of reactions increases not only with the number of pills you take, but also with your age – because as you get older your kidneys’ and liver’s ability to detoxify decreases.

I asked pharmacist and nutritional therapist Richa Puri for a list of some medications to be aware of:

As GPs we need to be aware of herbal and supplement interactions with certain medications so we can identify and manage any risks. If you are taking any such products while also on prescription medication, check with your pharmacy about possible interactions – and if necessary, let your GP know.

Time to take a stand on foot pain 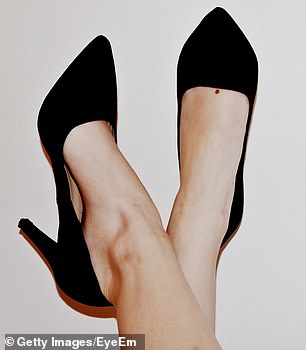 Take a stand on foot pain

I know bunions is not a sexy subject, but as many as 14 million people in the UK, mainly women, suffer with them. And I am one of them – with an unsightly bulge at the base of both my big toes. They are often caused by pressure from tight or pointy shoes. Victoria Beckham has bunions and appears to bravely soldier on in stilettos – she’s a stronger woman than me. I’m lucky that they don’t stop me from running, but some shoes can leave me hobbling.

Bunions can cause pain and, once formed, don’t improve. There is a surgical option to shave off the extra bone, but I wouldn’t recommend it unless you are getting regular pain that is troublesome, as it takes time to recover and can sometimes make them even worse.

So while it might sound as though I’d rather not mark National Bunion Day on Friday, it is actually for a good cause. Created by shoe designer Lisa Kay, it aims to raise awareness of this painful problem and reduce the stigma surrounding it.

If you have a question you would like answered, email drclarebailey@you.co.uk. Clare reads all your emails but regrets she cannot answer them personally.