Antibiotics could be used to treat certain forms of depression, say British researchers.

Doctors at South London and Maudsley NHS Foundation recruited 39 patients suffering ‘treatment-resistant’ depression and gave half of them the antibiotic minocycline.

While not all of them responded to the antibiotic, others showed improvement in symptoms.

Minocycline is an immune system-suppressant and experts believe people with severe depression suffer inflammation in the brain, which can be triggered by the immune system.

The patients on the trial with higher levels of inflammation showed greater improvement in depressive symptoms when given minocycline.

At last… the ‘safe’ peanut

Biologists are trying to develop allergy-free peanuts, using plant-breeding techniques to create peanuts with few, if any, of the proteins that cause allergic reactions.

In the UK, of the estimated two million people with a food allergy, about 300,000 are nut allergies.

Professor Sachin Rustgi, the lead researcher at Clemson University in the US, says: ‘These crops will reduce accidental exposure to allergens and limit the severity of reactions if exposure did happen.’ 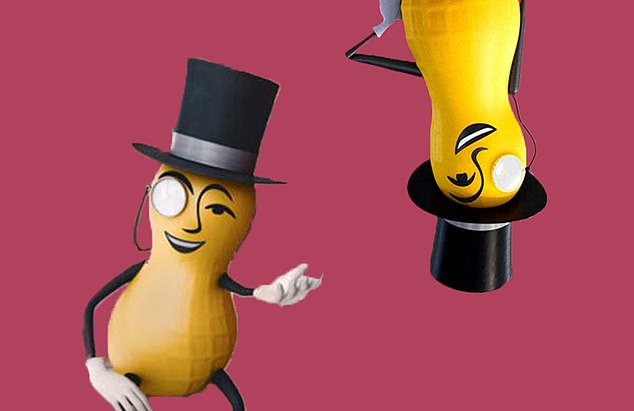 Biologists are trying to develop allergy-free peanuts, using plant-breeding techniques to create peanuts with few, if any, of the proteins that cause allergic reactions. Pictured: Stock image

Almost half of meat-eaters wouldn’t consider dating a vegan, a survey reveals. Out of 2,000 Britons polled by protein snack company Jack Link’s, 44 per cent said they wouldn’t date someone who was on a plant-based diet.

Of those, nearly one in five worry it would limit what they could eat.

Nearly a third of meat-eaters also said they would consider ending a relationship if their other half asked them to give up meat.

These singletons may find it increasingly difficult to find a date, though, with more than 600,000 vegans in the UK now.

Adults with severe eczema are 62 per cent more likely to die from several health conditions, than those who do not have it, say researchers at the London School of Hygiene & Tropical Medicine.

They studied mortality data from 1998 to 2016, comparing 35,000 people with severe eczema with the general population, and found sufferers were far more likely to die from conditions such as infections and lung problems.

Scientists believe the elevated death risk may be connected with poor sleep quality, an immune system dysfunction or the drugs the patients are on.