Prince Harry and wife Meghan should make the most of their young love: the honeymoon phase of a relationship is often as good as it gets, according to scientists.

Happiness levels hit a high in the first year of marriage before dropping after three years, according to the research from Soochow University in Taiwan.

The study, based on more than a decade of data, also revealed that a successful long-term marriage makes us happier than remaining single, but the end of a marriage – through divorce or death – plunges a person to a lower level of misery than they would experience if they had remained unattached.

And when it comes to separating, an unhappy wife is more likely to initiate divorce than a miserable husband. ‘The implication is that it’s more important to facilitate good-quality matches than simply encouraging marriage,’ wrote the researchers in the Journal Of Happiness Studies.

Selfies are being used to measure patients’ blood pressure, pulse rate and blood oxygen levels in NHS hospitals. In just 30 seconds, a picture taken by an iPad camera provides an accurate recording of essential health data by detecting slight changes in the skin caused by blood being pumped around the body.

Doctors at Portsmouth Hospitals NHS Trust, where the tool is being trialled, say the device – called LifeLight – can collect vital signs in a fraction of the time it takes with current techniques. As a result, issues such as dangerously high blood pressure can be detected more quickly. 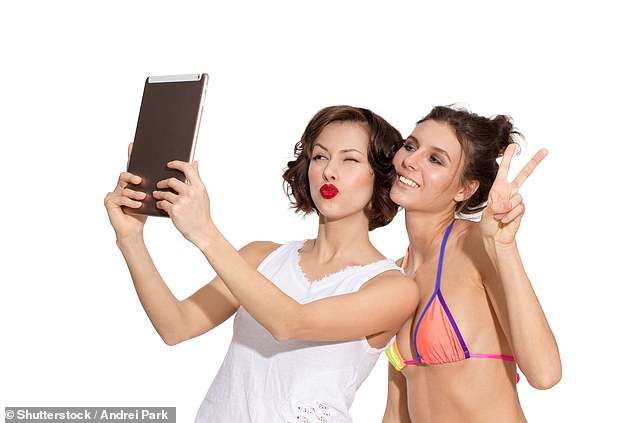 The iPads, fitted with revolutionary face-recognition software, are attached to the walls of several wards at the Queen Alexandra Hospital, and patients stand in front of them. An accurate reading of the vital signs is produced and fed back to medics via a digital app.

More than 2,000 patients have had readings taken this way.

Fathers-to-be who smoke before conception are putting their children at risk of serious behavioural disorders.

Scientists at Florida State University exposed a group of male mice to low-dose nicotine in their drinking water and bred them with female mice that had never been exposed to nicotine. While the fathers displayed no signs of hyperactivity disorder (also known as ADHD), both male and female young born to them did.

When the fathers’ sperm was analysed, researchers found that their genes had been modified in crucial ways, including the dopamine D2 gene, critical for brain development.

Lead researcher Pradeep Bhide said: ‘Doctors may not warn men that their smoking could be harming their unborn child even if the mother never smoked.

‘I believe our study brings this to the fore.’