Singer Pixie Lott has revealed she does hip hop yoga

Speaking at the Nickelodeon Slime Festival last week, the 26-year-old Breakfast At Tiffany’s star said: ‘Hip Hop Yoga is amazing. You do all the moves to Lauryn Hill songs. It puts you in a really good frame of mind for the day. Or, if you go in the evening it puts you in a really mood to go to sleep.’

The newly engaged star, who marries her model fiance Oliver Cheshire in September next year, added that her exercise regime is a bid to ‘lose pounds’ gained thanks to her love of takeaways.

She said: ‘My weakness is pizza. I’ve got a new pizza place next to where I live and it’s really good. I have one called Vesuvio and it’s spicy, with pepperoni, mixed peppers and green chillies on it.

Pregnant women who take antibiotics are putting their babies at risk of developing allergies and asthma, according to a new study of 22 mothers and their infants.

An imbalance in babies’ gut bacteria has been linked to the development of allergies in several studies, although the reason is not known. Researchers from the Assaf Harofeh Medical Center in Israel found that antibiotics can infiltrate mothers’ breast milk, affecting children’s natural bacterial balance and putting their health at risk. The researchers say further research is necessary due to the ‘crucial roles of gut microbiome in maturation of the immune system and prevention of various diseases’. 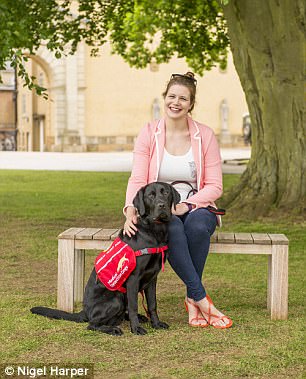 Labrador Archie is pictured with his owner Katie Purcell

A superdog dog who detects his owner’s impending blackouts has been named hero pet of the year by a panel of judges including Falklands war hero Simon Weston.

Labrador Archie has been trained by charity Medical Detection to look after owner Katie Purcell, 27, who suffers from a heart condition and the clever pooch has since saved her from more than 1,000 potentially fatal falls.

Archie was presented with the award at the 2017 annual awards for Brave Britons, hosted by hearing aid retailer Amplifon.

Katie said: ‘Archie’s shown me you don’t have to let your illness stop you doing everything you ever wanted.’

Brain-scanning research has proven that it is experiences, not things, that we treasure for ever. Twenty participants were shown images of places and objects that they had flagged up as significant to them while their brain activity was monitored.

This revealed that amygdala and prefrontal areas of the brain – associated with emotion – are more activated when faced with a meaningful place than when exposed to a meaningful object. Researchers at the University of Surrey collected participants’ personal images of family homes and holiday cottages, and objects such as jewellery or guitars, and presented them with the images in a random order, while recording MRI scans of brain activity.

Dr Andy Myers, author of the study said: ‘Places that are meaningful to us generate a stronger emotional response than objects. I think it’s to do with memory structure – there’s lots of sensory experience associated with a meaningful place.’

Regular trips to a foot doctor could prevent thousands of limb amputations in diabetes patients. 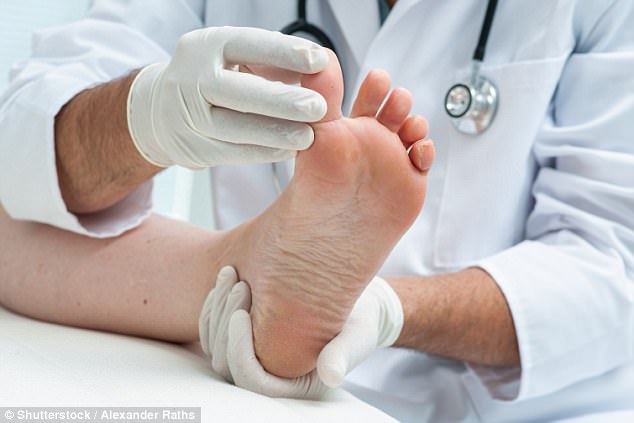 Researchers from the NHS South Devon Clinical Commissioning Group analysed patient and hospital data between 2005 and 2015, during which time more than ten foot-specific services were introduced.

Diabetes is a condition in which the body stops being able to process sugars, leading to high levels in the blood.

Sufferers are at risk of severe, recurring foot ulcers due to nerve damage and poor blood circulation caused by the condition, which can lead to amputation.