HEALTH NOTES: That prosecco is just rotten for your teeth

HEALTH NOTES: That prosecco is just rotten for your teeth

You may think red wine is the worst offender when it comes to your teeth. But a glass of fizz may actually be causing far more harm.

Prosecco, which has soared in popularity in recent years, has been named as the worst alcoholic drink for oral health.

Dentists warn the mix of bubbles, alcohol and sugar could rot pearly whites – with as much as one whole teaspoon in every glass.

Prosecco, which has soared in popularity in recent years, has been named as the worst alcoholic drink for oral health

Cider comes a close second in the list, compiled by dental practice Elleven Dental, due to its high acidic content.

The dentists also warn against the high sugar content of liquors such as malibu, mixers like cranberry and dry drinks, like some wine. This is because it can reduce saliva in the mouth, which is responsible for removing bacteria. 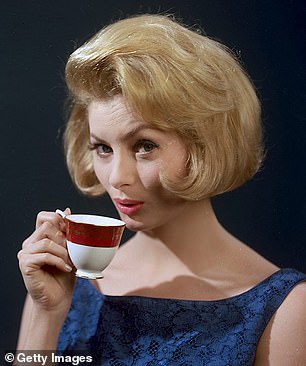 A tea break every hour could boost your performance at work.

Getting up from a desk to make a cuppa once an hour has been found to increase blood flow to the areas of the brain involved with decision-making, creativity and alertness.

Scientists studied 20 working men and women who got up from their desks at regular intervals to prepare a cup of tea. Ultrasound scans were used to measure the speed of blood flow around the brain during and after preparing, and drinking, 150ml of tea.

British parents are more active than their offspring, new research suggests. More than two-thirds of mums and dads believe they are fitter than their child, and a whopping 77 per cent said they do more exercise.

The survey, of more than 7,600 UK adults by sports store Decathlon, found even grown-up children couldn’t keep up with spritely parents.

Worryingly, 79 per cent of parents said their family made no effort to exercise and one in ten said they did not exercise together. The NHS suggests parents encourage their children to be active for more than 60 minutes a day.

The first app specifically designed to address cancer-related fatigue has been approved by the NHS as a free download. Untire, shown in a University of Groningen study to improve happiness and boost energy, offers users a mix of mental and physical exercises, as well as tips for reducing the ‘unhelpful’ thoughts linked to a cancer diagnosis.

The aim is to reduce the fatigue associated with surgery, chemotherapy and radiotherapy, said to affect up to 80 per cent of cancer sufferers. The app can be downloaded from www.nhs.uk/apps-library.